Chicago: Aurora all the time

The city is suffering one of the worst plagues of gang violence in recent history. Why is no one paying attention? 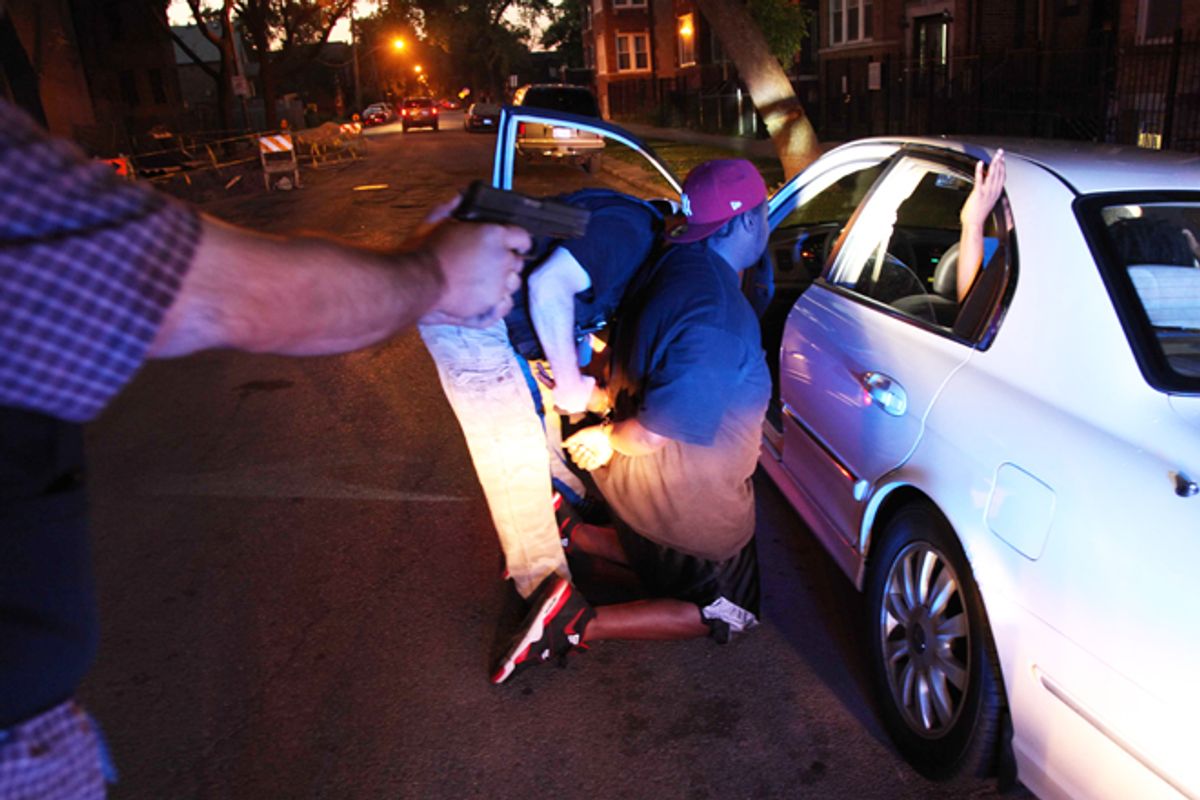 The aftermath of the movie theater shooting in Colorado that claimed the lives of 12 people brought out once again the familiar calls for greater gun control and national reflection to determine what could have triggered such a shocking act of violence. These types of harrowing incidents often tend to produce legitimate collective soul searching, which sometimes even manifests in effective legislation to prevent similar crimes from occurring in the future.

However, as heinous as the Colorado shooting was, viewed on its own it is worth noting that in terms of scale it pales in comparison to the near-industrial-level killing that regularly ravages much of inner-city America; in particular the city of Chicago, which has been grappling with years of protracted violence that has produced numbers of dead and wounded more appropriate to an active war zone than a major American city. Since 2001, more than 5,000 people have been killed by gunfire in the streets of Chicago, a staggering number that is more than double the number of American soldiers who have been killed fighting in Afghanistan during the same period. The majority of the violence has been attributed to gang rivalries that have escalated into open warfare, and as in any war innocent civilians have often borne a disproportionate share of the suffering.

On June 27, Heaven Sutton, a 7-year-old who had just completed the second grade, was shot to death outside her family’s west-side Chicago home after being hit by a barrage of bullets intended for a gang member. Heaven was killed at the lemonade stand her mother had helped her set up on their front lawn, and instead of going on the trip to Disney World her family had planned she is now counted among the many innocent children who have been killed by gunfire in Chicago over the past decade.

“I’m tired of hearing children terrorized that can’t go on their front porch, can’t go in their yard, can’t go on the playground to play,” said Father Michael Pfleger of St. Sabina’s Roman Catholic Church at a recent rally to raise awareness of the spiraling increase in violence. As he spoke, demonstrators wearing white T-shirts with red stains lay prone on the ground in imitation of gunshot victims, while Pfleger decried the “Wild West” environment that had descended upon this Midwestern city.

While the Colorado shooting captured the attention of the entire country, in the days immediately afterward Chicago was rocked by a wave of shootings that barely registered in the national consciousness. Any given night may see reports of multiple casualties from violence in the city, and the week directly after the Colorado massacre was no different. On June 24, six people were shot in a single incident in Marquette Park in the city’s southwest side, and on July 26 five people were killed in one 12-hour span. The victims included Michael Haynes, an aspiring Division 1 college basketball player who was shot while trying to break up a fight near his home, and Baker Farhat a gas station clerk and father of three who was gunned down execution style as he worked the night shift at a Marathon station. After insisting that a colleague go home so he could open his Ramadan fast with his family, Farhat was killed by two armed robbers while working at the station alone. “He gave them the money, and he just said, ‘OK, fine, I gave you the money,’” said co-worker Taser Uddin, “and they still shot him.” None of these mass outbursts of violence became national news on anything close to the scale of Colorado, and conspicuously absent were the gun control advocates and others who had used that incident as a rallying point for their policies.

Whereas the theater shooting was relatively unique, mass shootings in Chicago are far from aberrations and any given weekend in the city can see reports of casualty figures that seem more appropriate to Kandahar than a Midwestern American city. Recent examples include a June weekend in which 46 people were shot and eight killed (immediately after a previous weekend in which the figures were 39 shot, seven killed), and the 53 people shot and 10 killed over the past Memorial Day weekend. It is difficult to fathom the level of sheer carnage that must exist to claim the lives of so many people in such a relatively short amount of time, especially given that this violence overwhelmingly occurs in specific corridors (six districts, specifically, which make up the “Murder Corridor”) of the south and west sides of the city. For all its shocking statistics on shootings and murders, Chicago is also home to some of the wealthiest and safest urban areas in the country, which exist just a short drive from neighborhoods that have been turned into charnel houses as a result of gang warfare. That such violence is so geographically concentrated has thus made it easy for many to ignore the issue or shunt it down their list of policy priorities, but for those who live in these neighborhoods it has only served to intensify their misery and sense of alienation. In recognition of the scale of violence and militarization of their once-quiet residential neighborhoods many Chicago residents have come to refer to the city as “Chi-raq,” and indeed much of the military-grade firepower being used to take lives in the South Side would not be considered alien to the streets of Baghdad.

Mayor Rahm Emanuel has directly and forcefully denounced the gangs who have been responsible for this spiraling violence, becoming particularly incensed after the shooting death of Heaven Sutton and decrying the values of the gang members responsible for these crimes: “Who raised you? You have a 7-year-old selling lemonade. You’re a member of a gang coming to get lemonade and another gang member is driving by. Where were you raised and who raised you? Stay away from the kids!” To this end Emanuel has embarked on a new anti-gang strategy that will, in addition to increasing police resources, see the demolition of vacant city blocks being utilized by gang members, the spending of $1.5 million to work with anti-violence “interrupters,” themselves ex-gang members who now work to defuse potential violence at the community level, and even the employment of the Nation of Islam’s “Fruit of Islam” (FOI) citizen policing brigades, which at one time enforced law and order in Chicago’s South Side during the 1970s.

Whether these radical measures will succeed in helping to staunch the bloodletting remains to be seen, but what would undoubtedly help would be for politicians and citizens of all political persuasions to give the raging violence in Chicago and other major cities the attention it is due. The outpouring of grief and concern over the massacre in Colorado was entirely warranted and appropriate, but it only stands to reason that we should give similar notice to the fact that Colorado-scale massacres are tearing the city of Chicago apart on a regular basis.

Similarly for all the thousands who have been killed in Afghanistan, some responsible attention must rightly be paid to the thousands violently killed in the U.S.; many of whom were innocent civilians who simply became the “collateral damage” of the intensifying war at home. Prominent anti-violence activists such as Russell Simmons have tried to shock the conscience of Americans over this issue, but to date it remains largely unaddressed on a national level. This raises the question, what will it take for citizens and policymakers to finally sit up and take notice of this carnage? To what depths will the scale and depravity of this violence have to sink before there is a forceful change? Chicago is in the midst of another long hot summer, and despite the best efforts of its local government and community leaders it is staring into the abyss once again while national attention remains focused elsewhere. For all the talk of preventing another Colorado, what is desperately needed as well is a strategy to prevent another violent day like the one in Chicago that ended the short life of Heaven Sutton. Until that happens this chaos will continue to en masse destroy the lives of the most vulnerable people living in one of America’s largest and greatest cities.