The singer makes an alleged homophobic crack, but then -- suddenly and oddly -- does the right thing 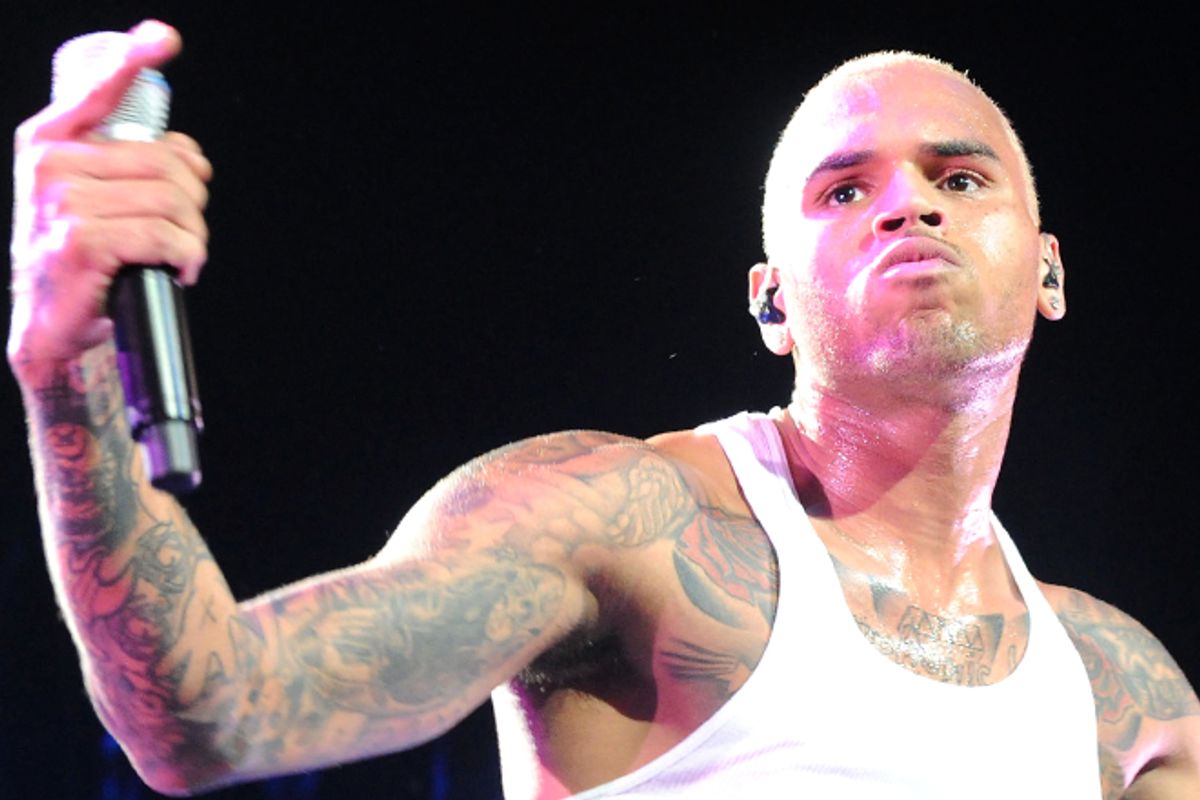 Say what you will about Chris Brown -- that he's an arrogant. domestic-abusing. temper tantrum-throwing creep with a history of incredibly nasty, homophobic remarks, for example -- but he is reliable. It's been, gosh, weeks since he made headlines for doing something stupid and so, right on cue, here he is again.

The Advocate reported this weekend that when Brown was recently approached by reporters in France and asked for his opinion on Frank Ocean, the singer replied with the classic, "No homo." See, it's interesting because earlier this very month, Ocean revealed via his Tumblr that four years ago, he'd had an intense romantic relationship with a man. "I don’t have any secrets I need kept anymore," he wrote at the time. "I feel like a free man." For that honesty, he earned the praise of his fellow artists and a hit debut album that didn't suffer one iota in sales.

Though Brown has not confirmed the "no homo" comment, it sure sounds like his style. You may recall that two years ago, in a truly nuts-even-by-Chris-Brown-standards Twitter feud, Brown accused Raz-B of being both a "dick in da booty ass lil boy" and, for good measure, a "homothug." And just last month Brown and Ocean had a minor dust-up on Twitter, when Ocean replied to Brown's seemingly sincere comparison of him to James Fauntleroy and Kevin Cossom by citing Brown's affinity with either "a young sisqo or ike turner." Which is pretty goddamn funny.

Yet here's where the story takes an unusual turn. On Twitter Monday, Brown wrote a three-post response to the whole kerfuffle, stating that "My Opinion on the whole Frank Ocean subject is ......... Love who u wanna love. It's ur decision. People stop searching for BS. Everyone is so quick to point the wrong fingers at each other! Ask urself... Am I Doing everything I can to help the world ????" He then added, "The world is so bent on social acceptance that we've forgotten what makes us special... Our individuality! #Imdone #readabookbitch" I'm not really sure what social acceptance has to do with being special, but I do know #readabookbitch is the best hashtag ever, non-Kanye West division.

Brown still seems a mighty long way from being the kind of guy who'd miss an opportunity to put his foot in his mouth -- or his fist somewhere it doesn’t belong. And the fact that a man with a track record as littered with gross behavior as his still has an insanely devoted following, and still gets rewarded with Grammys and sold-out shows, speaks to how eager we are as a culture to let a man off the hook for bad behavior. But you've got to give the guy credit for this one. He didn't melt down; he didn't let loose with a stream of tweet crazy. He left it at "Love who u wanna love." It's a concept so simple, even Chris Brown can grasp it.