Jayson Blair: Jonah Lehrer's story reminds me of my own 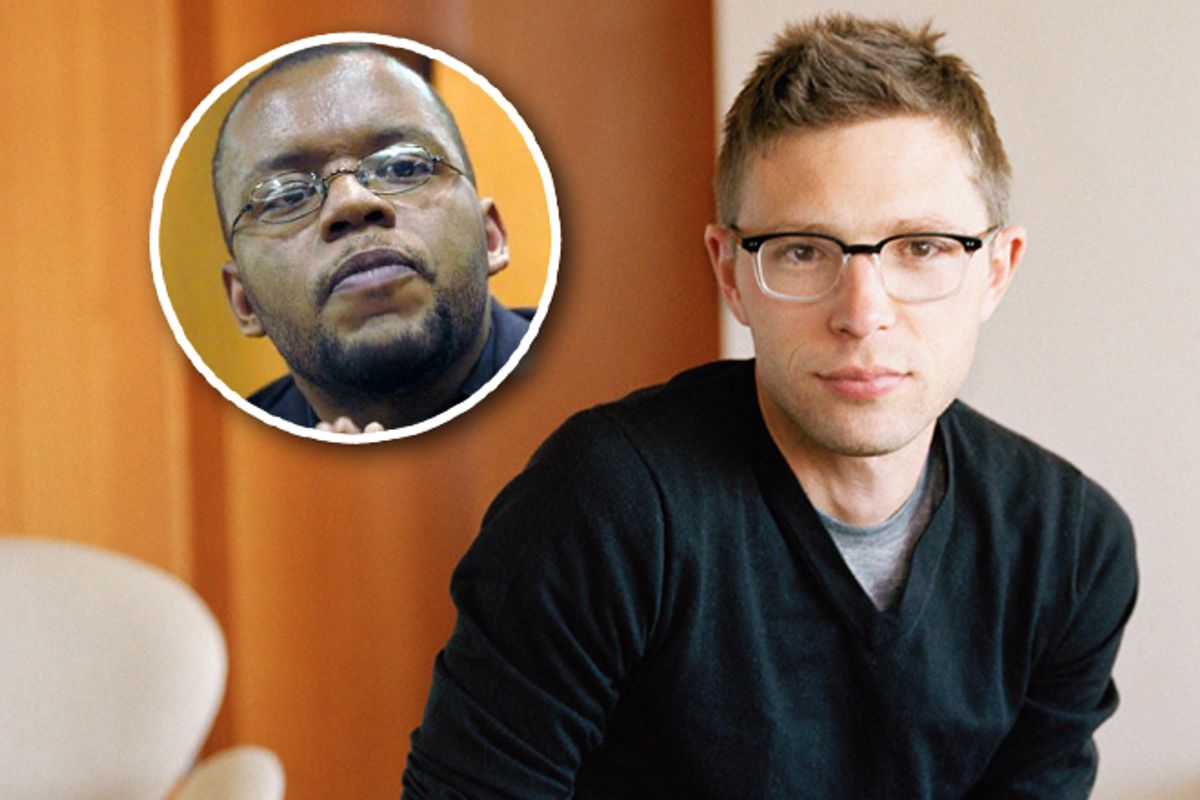 Jonah Lehrer resigned his position at the New Yorker today after admitting that he fabricated the Bob Dylan quotes he used in his new best-seller, "Imagine." A young writer flaming out after reaching the top of the profession -- it was impossible not to think about Jayson Blair, the New York Times reporter who resigned amid scandal in 2003, when plagiarism and fabrication were discovered in his stories. Blair is now a certified life coach at Goose Creek Coaching and Consulting; we called him Monday afternoon to get his sense on journalism's latest cautionary tale.

Were you reminded of your own story when you heard the news today that Jonah Lehrer made up the quotes he attributed to Bob Dylan in his new book?

It's got striking similarities -- his youth, his prominence, even the way that I think he tried to defend himself by minimizing the story. All of it just rings so familiar. It's kind of sad to me we haven't learned some of these lessons, chiefly among them that we're -- we, I have to stop myself from saying we. Journalism is a profession that's built on this notion of trust. I think fundamentally because of this trust in each other, our colleagues and our friends, we're very slow to realize that any of us, under the right pressure, is capable of anything.

Is it self-sabotage? I think what is hardest for people to understand, often, is why people who have risen to the New Yorker, to the New York Times -- why extraordinarily talented people would take the risk, when they're capable of doing the work.

I don't think I've ever been able to really successfully analyze why I did what I did. Obviously, in my case there was a little bit of mental illness at play. That's obviously not the reason it happened. In his book, David Carr, who's a friend of mine and a columnist at the Times, he said for whatever reason I wrapped a rope around my neck, tied it to everyone else and then threw myself off the side of the building. Self-sabotage? I think there's some real truth to that.

Do people simply think they won't get caught? Does it get easier after you've gotten away with it once, to try something even bolder the next time?

I think it's hard to say in terms of premeditation. I can certainly say in retrospect, after I've done it, and it's been my experience with my clients, people feel a tremendous amount of guilt. They try and convince themselves the last time was the last time. But once they're presented with that temptation again, it's so much easier to do it.

Often people come into the office seeking me out because of what I went through and what I did, and they say to me, "I've done this really bad thing and I don't ever want to do it again." And they come back two weeks later and say, "I did it again. I can't stop the cycle once it starts." There are fire walls in life, things you never want to do, lines you never want to cross, because once you cross that line it becomes easier to do it again. They say the same thing with killers. Even if you feel guilt and remorse, it's so much easier the next time to do it again.

What did it feel like the first time you crossed the line?

You know, I wish I knew. I can't really say what that was like because it's so distant. But I know what the moment after was like. I remember sending the story off and debating with myself: "Can I stop it? Can I get to the copy editor to fix it?" But there's no way. How could I explain to them how it happened. There's immediately fear afterward.

But I know what went through my mind the subsequent time: this idea that I can't do it. I can't live up to it. So just this one time again. Every time, just this one time. I'll catch up eventually. And the more corners you cut to get work done, the more prolific people think you can be. Their expectations become higher. All the more power to the journalists who are able to do it without crossing lines.

What do you think Jonah Lehrer is feeling today? Is it relief? Sadness? Embarrassment?

I think on one hand he probably feels a sense of relief. On the other, a lot of sadness -- sadness for losing his ability to be in a profession which by all accounts he valued, and sadness at disappointing the people who gave him a chance, and his friends and colleagues. The other emotion I would guess he's feeling is the shock. It seems so incongruous to feel all of those things at the same time, but I'm sure he is feeling both sadness and relief. This cycle has been going on for about a month, a month and a half, since the first accusation.

When you heard those initial reports, that he was borrowing from his own work, did you think there would be more to it?

I did the exact same thing. I tried to minimize it. I tried to explain to my editors, "Oh, I just copied the article, pasted it into a file with my notes and made the errors. You try and hold on because it has value to you. When I heard the initial report, I figured there was more. The famous writers who have emerged now recycle their ideas in different ways. But it was a big warning sign for me, because it's so simple to say, "as I previously wrote." That was a yellow flag for me that there might be more. And my guess is there's probably more than what we've seen so far.

Every line of every book and every story will be combed now.

Every line. The reality is when you go through every line of anyone's work with a fine-tooth comb, you're going to find mistakes. It's going to be hard to say now what was blatant and what wasn't. But the most eviscerating piece of it is knowing what's about to come -- knowing that colleagues who are perhaps some of the best journalists around are about to put the same scrutiny they put on government and companies onto your work. You know realistically no one can stand that -- and you certainly can't, with what you've done.

You've become a life coach and a counselor and work with people on anxiety issues. If Jonah Lehrer came to you, what would you tell him?

I'd probably say: I know it doesn't feel this way now, but redemption is possible, and perhaps the best way to find that redemption -- and, more importantly, peace -- is to learn lessons from your experience and be able to help others through those lessons.

It's rough. Very few people enter this profession wanting to do harm or damage to it. It's heartbreaking to do it because you value it; I still feel as if journalism is my first love. The idea of losing the ability to be in the profession is bad, but the truly hard part is knowing you've done damage to the trust that people have in the profession.