The Chinese teenager blows everyone else -- even the men -- out of the water. Her reward? Ugly suspicions 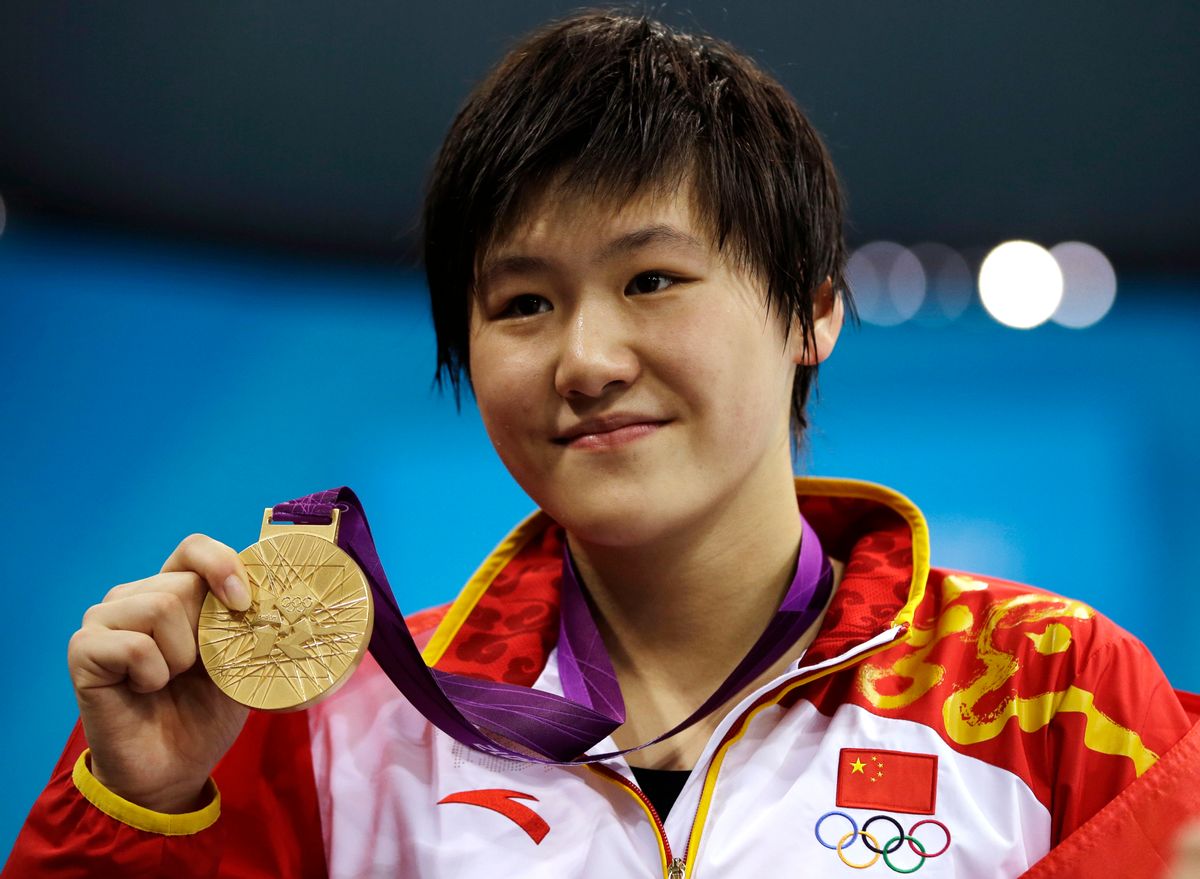 Ye Shiwen, the 16-year-old from China, won the gold and smashed the world record for the 400 individual medley on Saturday. She dropped five seconds from her personal best. And she swam the final 50 meters of freestyle faster than Ryan Lochte, the men's gold medalist in the 400 IM. She then followed up by winning the 200 meter Tuesday. Yet her triumph was not taken as an epic achievement for women in sports. It was, instead, a scandal. Oh my God, this must all be a horrible mistake!

In an interview this week with the Guardian, John Leonard, the executive director of the World Swimming Coaches Association, was quick to brand Shiwen "suspicious." He said it recalled "a lot of awful memories" of Michelle Smith's doping scandal in 1996. "History in our sport will tell you that every time we see something, and I will put quotation marks around this, 'unbelievable,' history shows us that it turns out later on there was doping involved," he said. "I have been around swimming for four-and-a-half decades now. If you have been around swimming, you know when something has been done that just isn't right. I have heard commentators saying, 'Well, she is 16, and at that age amazing things happen.' Well yes, but not that amazing. I am sorry."

Leonard wasn't the only one to raise an eyebrow at Shiwen's performance. The Financial Times, in an otherwise intriguing look at why men almost always outperform women in sporting events, couldn't help throwing in a bit about how Shiwen's record-breaking swim was a "freak circumstance." And in the Montreal Gazette, Bruce Arthur noted China's success by stating, "The last similar factory was East Germany, and their hulking man-women." It should be pointed out that this week Olympic officials confirmed that Shiwen passed her drug test. But come on, she's probably some hulking man-woman doped-up freak, everybody.

No one is arguing that Shiwen's unprecedented feat isn't very surprising. Nor can we ignore China's truly outstanding history of doping its athletes  -- in particular, swimmers. As recently as this past spring, swimming champion Li Zhesi tested positive for erythropoietin and was subsequently shut out of the London games. And sure, there are no doubt all kinds of ways to game a drug test.

Here's the part where I say "however." However, the entirety of the speculation around Shiwen is based upon how outstandingly she swam. Not anything found in her luggage, not anything found in her blood. So to call it a "doping scandal," as Discovery News did, before adding that "the negative test doesn’t mean a lot these days" is both horribly misleading and grotesquely insulting.

The eagerness to paint Shiwen as a cheater-cheater-pumpkin-eater has angered her fans back home, who are now asking John Leonard and company to apologize for their veiled allegations. And Denis Cotterell, an Australian coach who's worked with Shiwen, says that he is "100 percent certain" she's clean, observing, "If people do their homework and you have a look at some of the world records ... the margins that they have been dropped by some of the extremely talented swimmers that have applied themselves over the past – it is a combination of their talent and their work ethic." He adds, in the best assessment of the controversy so far, "Ian Thorpe, no one questioned. Michael Phelps, no one questioned. And having worked with the girl and seeing how hard she works and the talent she is, it is disappointing that the kid is in the media conference on her own with 100 journalists having to defend herself."

In an interview this week, Shiwen said, "My achievements derive from diligence and hard work." And British Olympic Association chairman Colin Moynihan declared Tuesday that "She's clean. That's the end of the story." But it's unlikely this is really the end of the story. To some, what happened in London will always be "unbelievable." But it'll also be, forever, simply fantastic. Ye Shiwen swam like a girl. And it was tremendous.