Hours after the shooting in Wisconsin, a mosque burns to the ground in tornado-ravaged Joplin, Mo. 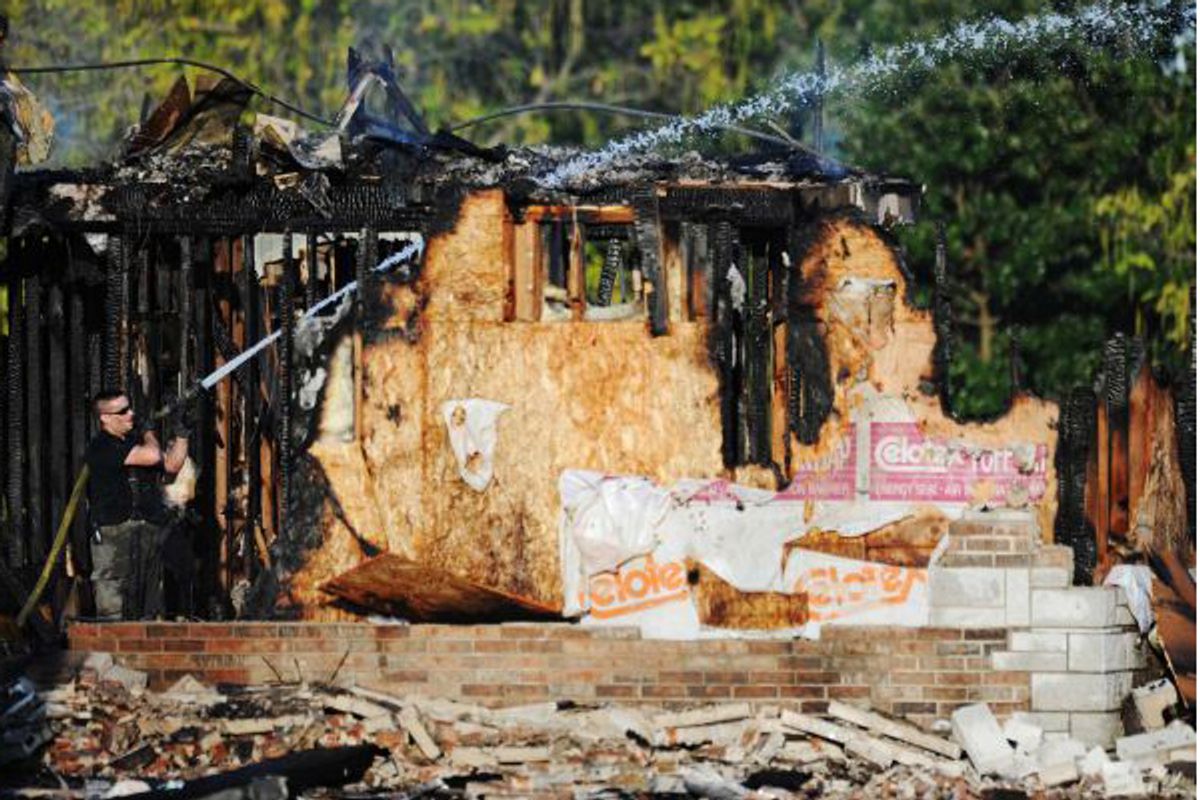 The shooting at a Sikh temple in Oak Creek, Wis., is the day’s worst example of hateful violence -- but it is not, sadly, the only one. Early Monday morning, someone set fire to the Islamic Society of Joplin during Islam’s holy month of Ramadan. The mosque couldn’t be saved, so now there are 50 Muslim families in Joplin, Mo. -- the same town devastated by a tornado last May -- without a place to worship.

The destruction follows earlier fires, including one on July 4, when someone threw a flaming object onto the mosque’s roof. If it was an attempt at arson, it wasn’t a very good one. There wasn’t much damage, though the miscreant managed to be captured in a security video, and the FBI offered a reward for information on the arson.

Oddly, despite the video evidence and reward, there was never an arrest. Muslims in Joplin probably weren’t surprised: When they opened their mosque and community center in 2007, their sign was torched. That crime, too, remains unsolved.

That’s a lot of open cases in a town as small as Joplin. I do not believe the arsonist acted alone, or in a vacuum. The perpetrator has bragged somewhere, in a bar, at work, at – yes! -- church. And while Joplin residents would do well to hold a vigil and take up a collection to help their Muslim neighbors rebuild, the best thing would be to turn this yahoo in.

I am from Joplin, and so I believe in the goodness of people who live there. Last May after a tornado blew a third of Joplin to thunder, people fell all over themselves to come do something – anything – for that broken town. It wasn’t just ex­pats like me, but people with no connection – none – who came to Joplin with shovels, water bottles and recipes for pulled pork. It hurt to be from Joplin, because you couldn’t read the obituaries without feeling a knot unravel. I remember mostly Johnnie Ray Richey. We used to race one another on the playground. He was a sweetheart, and he died trying to save someone at the local Elks Club.

Maybe it’s a hillbilly thing, those knots. We are fiercely private and fiercely independent, and yet the tornado forced on us the goodwill of people we’d never met, and gave us connections we never thought we’d have. We found ourselves standing next to people with whom we never thought we’d share a rope. Because we’re from Joplin, as President Obama said at this year’s high school graduation, we know what it’s like to see the goodness of people – all of them, and not just ones who look, smell and sound like us.

Which makes the most recent news out of Joplin that much more unbearable -- but not insurmountable. The good that flowed into Joplin after the tornado is still there. Someone needs to tap into that good, step up and turn this perpetrator in.