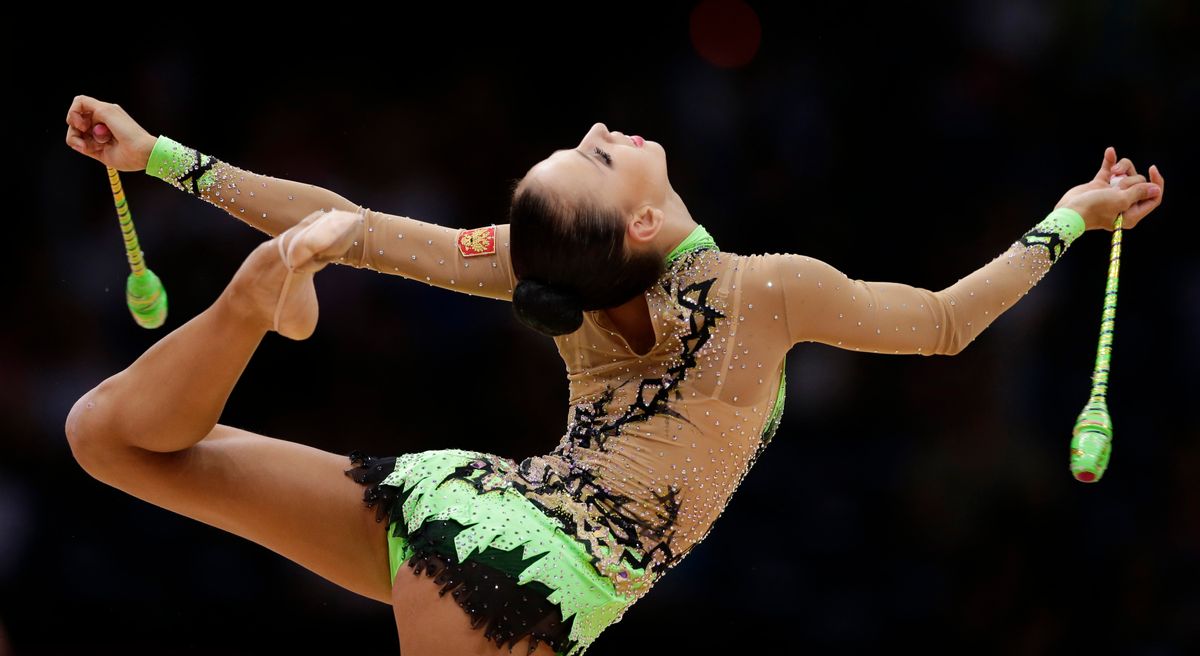 You won't see American gymnast Julie Zetlin on cereal boxes or shampoo ads or Maxim lists of hottest hotties. And likewise, swimmers Mary Killman and Mariya Koroleva will never be household names like Lolo Jones or Kerri Walsh or Gabby Douglas. It's hard out there for a rhythmic gymnast and a synchronized swim team.

On Friday, both of these lesser-known and even lesser-loved Olympic events take place in London. American women will not be dominating there as they have in beach volleyball and soccer and traditional gymnastics and swimming. The synchronized swimming duets finals, in which Killman and Koroleva placed 11th, ended on Tuesday, and the U.S. is not in the team free-routine final. Instead, the Russians, who have already won in the duets, are expected to take home their fourth consecutive gold in the team event as well. Russia is also expected to sweep in rhythmic gymnastics, with Daria Dmitrieva currently edging out former Olympic champion Evgenia Kanaeva for the top spot. Julie Zetlin, meanwhile, is considered "well out of contention" for a medal. America will likely respond to both the swimming and gymnastics competitions by not giving a flying crap.

Every four years, as our nation celebrates its runners and its divers and its boxers, the two most artsy, exclusively female Olympic events steel themselves for their share of snickering. It's no doubt due to the fact that the undeniable athleticism of both rhythmic gymnastics and synchronized swimming are entwined with their cheesy associations. Here in America, a girl dancing around in spangles brings to mind not fierce competition but Weeki Wachee mermaid shows, old "Saturday Night Live" routines, and nightmare-inducing Cirque du Soleil extravaganzas.

When an activity relies heavily on elements of dance – and happens to be one that ladies tend to do more than men (I'm looking at you, cheerleading) --  that line between what's a "real" sport and what's an artistic discipline gets fuzzy. And that means it gets a lot less respect. Note, for instance, how in an ostensible defense of rhythmic gymnastics, Reuters' Paul Majendie asked recently, "But Seriously, Is Rhythmic Gymnastics A Real Sport?" After calling it "all this multi-colored kitsch," he went on to describe the potential pitfalls a competitor faces: "Always balance your ball impeccably like a performing seal. For the club-wielding routine, think drum majorette meets juggler." Similarly, behold how Slate recently declared synchronized swimming the "most ridiculous Olympic sport" even while acknowledging it "definitely counts as an athletic activity." Uh, thanks, guys.

Sure, when your sport involves batons, sequins and "Smooth Criminal," or maybe bathing suits with howling wolves on them, you may have to accept that the showbizzy glamour of your activity makes it ripe for a certain amount of skepticism. Even Julie Zetlin admits that "I look at myself as a performer." Yet just because a sport has sequins doesn't mean it's not a sport. Just because a competition has a decidedly feminine bent doesn't mean it's there for you to make fun of it or dismiss it as worthless or weird, any more than a sport having a masculine bent does. And as a member of the U.S. synchronized swimming team recently told all the doubters who'd suggest what she does is not a legitimate sport, "Try it. You get in a pool for 12 hours. Get upside down. Hold your breath. And get back to me."