Boston mural: A "rorschach test for idiots and racists" 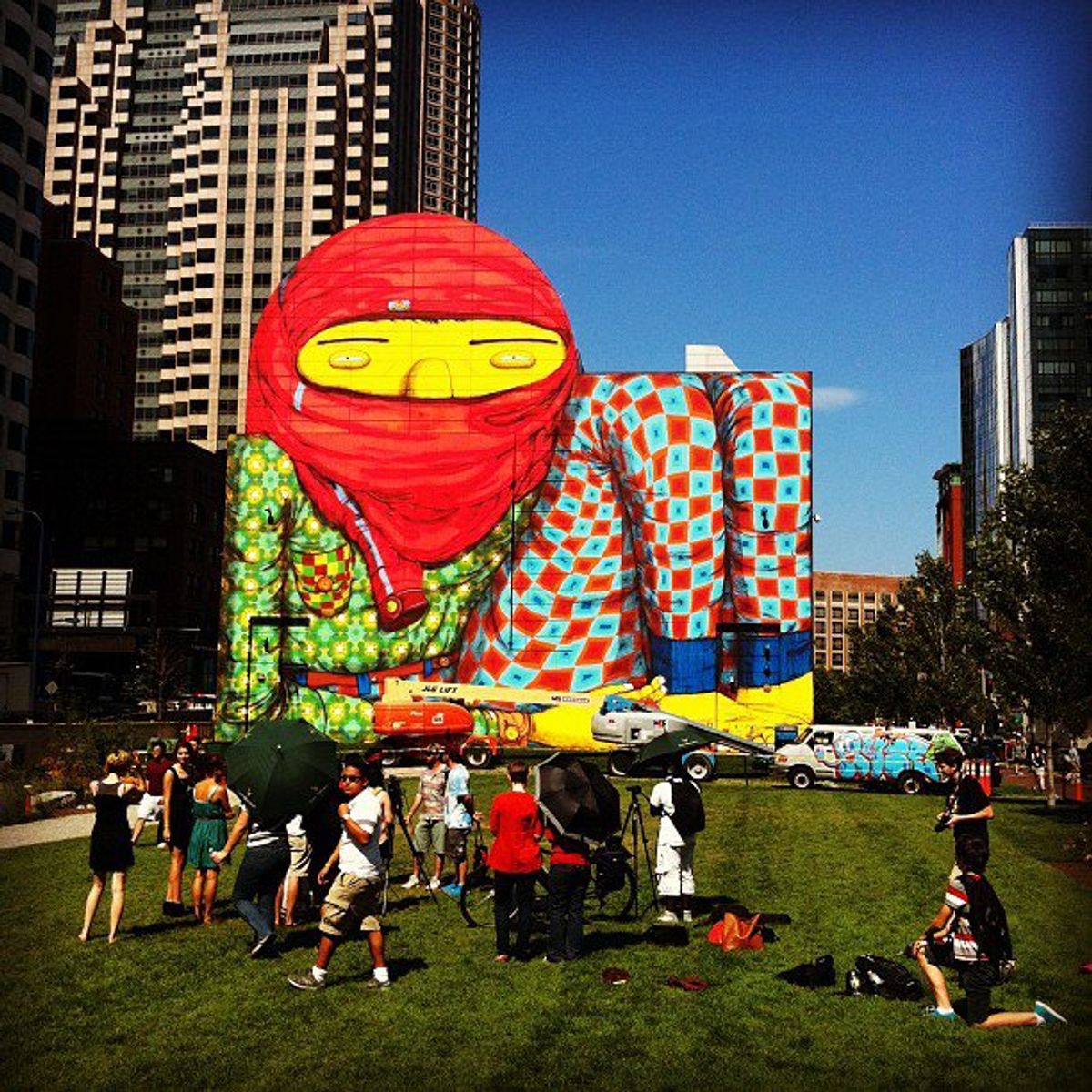 The fact that the Facebook page of a Fox affiliate is full of racism is not that surprising, but the fact that a rather playful mural in the heart of Boston has spurred ridiculously bigoted commentary should be shocking to sane individuals.

“This is a new mural on a Big Dig ventilation building. What does it look like to you?” Fox Boston wrote on its Facebook Page with a link to an article on their website titled “Greenway Mural Interpreted as Little Boy, Terrorist” — though it should be noted that the original title appears to have been altered after its initial publication.

The fact that the "towel" of this “raghead,” which is a bigoted term at least one Facebook commenter used to describe the male figure in the mural, is a jacket (which is obvious from the sleeve hanging down from his chin) has not deterred commenters who continue to rage about the 70-foot mural.

Since the initial reaction of hate, many more open-minded commenters have begun to chime in to point out the ridiculous “terrorist” talk about the mural.

Yet the initial reaction to the work by Fox Boston fans was undoubtedly negative, and you only have to look at the first comments on the Saturday, August 4 post to see it:

Our favorite comment is by a Facebook commenter named Johnny Dow, who simply wrote, “rorschach test for idiots and racists.” Amen. Though we’re going to admit that Tall Guyme’s “gay ninja” comment is a close second, because, let’s face it, the world needs more gay ninjas.