Turns out it's probably gonna be the dumb Obama impersonator thing 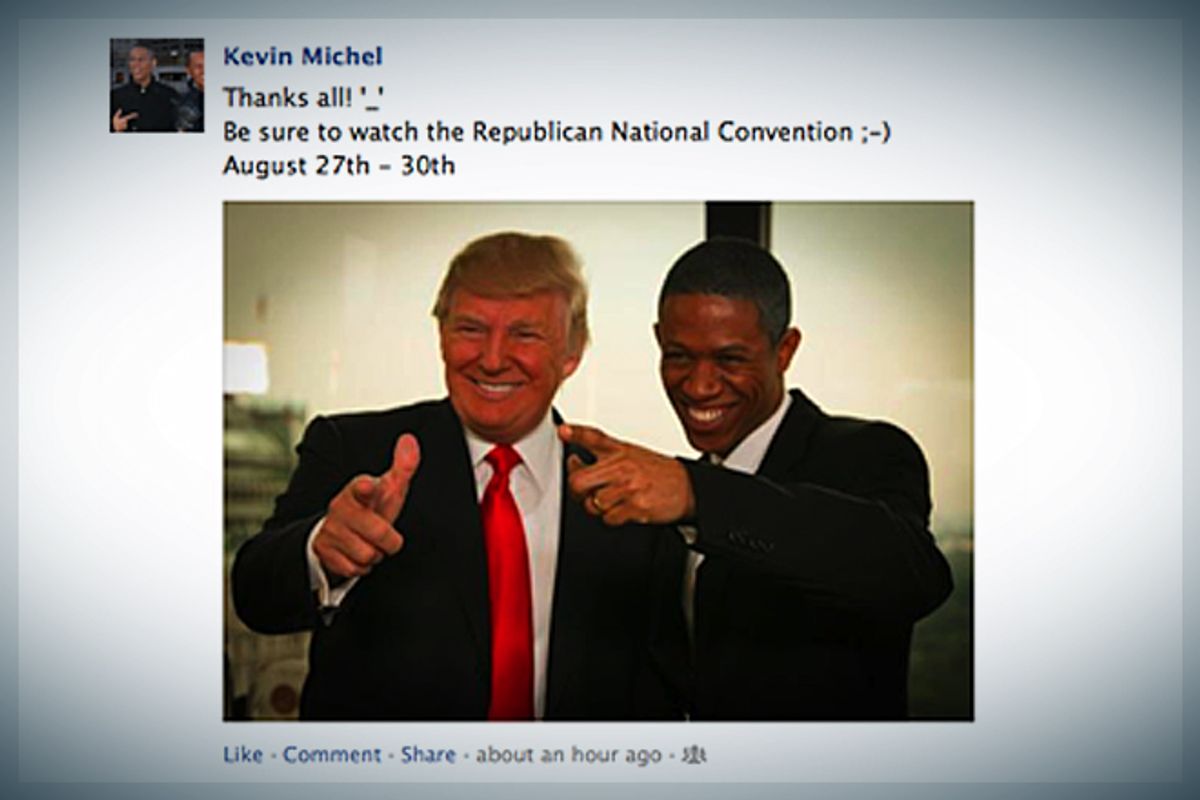 Donald Trump, an entertainingly thin-skinned salaried NBC employee who plays at being a real estate mogul, promised a "big surprise" at this month's Republican National Convention, which he's been invited to participate in because he's spent the better part of a year questioning the president's citizenship and background based on lies and tall tales popularized by and meant for the stupidest Americans alive. On Tuesday, I wrote: "The real surprise is almost definitely just going to be some idiotic video where Trump 'fires' an Obama impersonator."

Then an Obama impersonator posted a picture of himself hanging out with Donald Trump on Facebook, basically confirming my (very obvious) prediction, which probably explains why the deeply insecure Trump felt the need to tweet yesterday that I am considered a "a total joke in politics circles."

Sorry I ruined your surprise, Donald! If it makes you feel better all the people in "politics circles" that I talk to say that failed casino owners who make comedy videos with professional celebrity impersonators are considered real heavyweight power players.