"I was just following orders"

Why are we so eager to obey authority, whether the boss, the TSA or the president? A new movie has some answers 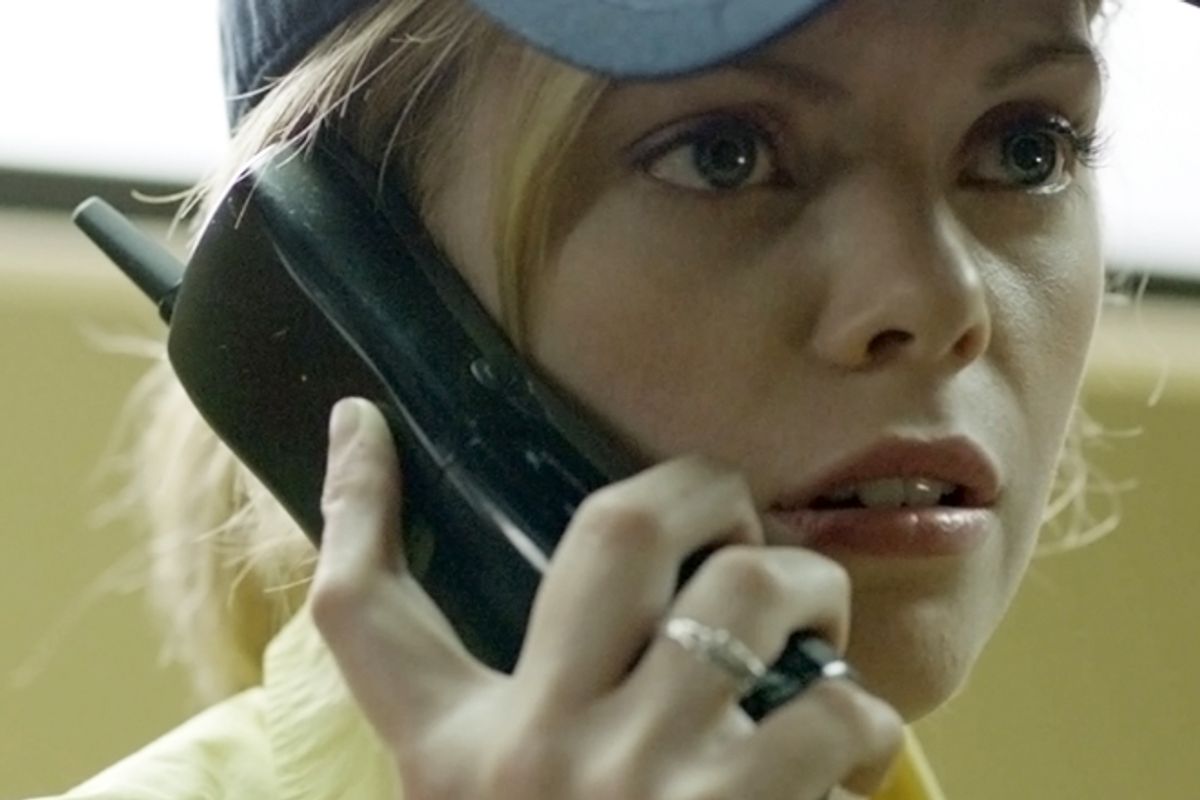 All of us believe that we possess the strength and willpower to resist evil. Perhaps we do; who is to say? Most of us are not likely to face life-or-death situations out of Holocaust movies or “Star Trek” episodes. But a more important question – not to mention a more practical and ultimately far more disturbing one -- is whether we will recognize evil when we encounter it, especially when it claims to be something else. As a former research subject wrote to Yale psychologist Stanley Milgram in 1970, “Few people ever realize when they are acting according to their own beliefs and when they are meekly submitting to authority.”

Every time I take my shoes off at the airport, and permit my person and possessions to be invaded by intrusive technologies for unclear reasons – meekly submitting to authority in the name of getting on the damn plane – I think about Milgram. (I am not suggesting that the TSA is evil, exactly, although you couldn’t really call it good.) By the time he received that letter, Milgram had become one of the most famous and controversial figures in the social sciences. In the early ‘60s, he had crafted a notorious series of experiments that suggested that most people, most of the time, were willing to obey the instructions of an authority figure, even when they involved delivering electrical shocks to strangers as part of a patently ludicrous “teaching” exercise.

Various complaints have subsequently been aired about Milgram’s ethics and methodology; while the electrical shocks were fake, the distress of his research subjects was all too real. Unfortunately for the human species, his findings have been replicated many times and in many contexts, and are now generally regarded as valid. While his colleagues and students predicted that only a minuscule proportion of experimental subjects would deliver the full (if fictional) voltage, more than 60 percent of them pushed the final button as instructed. It isn’t that we lack empathy or a sense of morality; most people in the Milgram experiments felt terrible about administering the shocks, and quite a few began crying or laughing or otherwise behaving erratically. But they went ahead and did it anyway, because a guy in a white coat was telling them to. (I don’t know whether this is mostly hilarious or mostly horrifying, but one post-Milgram experiment involved having subjects deliver real electric shocks to a real puppy -- and most people did that too!)

It may be impossible to exaggerate the historical and political ramifications of Milgram’s discoveries about humanity’s misplaced faith in authority, which would seem to shed light on everything from Auschwitz to Abu Ghraib to the fact that we’ve apparently all agreed in 2012 that it’s OK for the president of the United States to kill whomever he wants to without providing a reason. (Milgram was inspired by the widely publicized trial of Nazi war criminal and Holocaust engineer Adolf Eichmann, a mild-mannered fellow who claimed to have no particular antipathy for Jews.) But on an intimate level these ideas can still prove shocking or unacceptable, as they do in “Compliance,” a nail-biting thriller from indie writer-director Craig Zobel that has been dividing, energizing and alienating audiences since its Sundance premiere earlier this year.

On one level “Compliance” dramatizes a Milgram-like scenario, but more importantly it acts out a psychological experiment of its own, right there in the theater. This film is not set in Nazi Germany or Iraq or Gotham City under the rule of a supervillain. It takes place in an unidentified American suburb or exurb, almost entirely inside a fast food restaurant whose employees are cajoled and coerced by an official-sounding voice on the telephone into imprisoning, humiliating, strip-searching and finally abusing one of their co-workers. As a fictional premise that may sound outrageous, but some readers will surely remember that there was a wave of such real-life cases in the late 1990s and early 2000s. Zobel is drawing primarily on the last and most notorious of these, an April 2004 episode at a McDonald’s in Mt. Washington, Ky., where a young female employee was detained for several hours against her will and subjected to escalating and improbable levels of degradation.

On the most basic level, “Compliance” is an attempt to make such a perverse and sadistic event seem comprehensible in human terms. While any viewer may have difficulty adjusting to the mounting tension and grinding claustrophobia of this film’s universe, I think Zobel succeeds brilliantly on that front. Sandra, the middle-aged chicken-franchise manager played by the marvelous Ann Dowd, is an essentially likable person, but also one who is harassed and perennially overworked and easily distracted. She is carefully led down the slope of credulity during her extended phone conversation with “Officer Daniels” (Pat Healy), who says he can’t spare any men right now thanks to an ongoing surveillance operation, but that if she’s willing to help him she’ll be performing a public service to her community and the police.

Well, of course Sandra wants to help, and in her eagerness to be a responsible citizen she doesn’t notice the things that don’t fit. Officer Daniels never states his affiliation clearly, and supplies only a vague description of a front-counter worker accused of theft; he allows Sandra to tell him that he must mean blond, boy-crazy Becky (Dreama Walker), who on various levels is not the ideal employee. He can’t show up in person, but the reasons and situation keep changing: He’s working on a clandestine sting, but he’s got Sandra’s regional manager on the other line. He’s at Becky’s house, searching for her brother’s drug stash, and in the meantime it’s absolutely imperative that Becky’s clothes be confiscated, that Sandra subject her to an increasingly aggressive strip-search, and finally that Sandra leave this naked and terrified young woman alone in the back office with Sandra’s fiancé – under the personal direction and supervision of Officer Daniels, who assures everyone involved that he takes full responsibility for whatever course of action may be necessary.

There are all sorts of uncomfortable undercurrents in “Compliance,” not least its suggestion that everyone in the story, Becky included, abandoned any pretense of free will and reason and sexual consent at the direction of an unseen man in an imaginary uniform. In the movie, Becky never actively resists or says no, and in the real Kentucky case, McDonald’s – rather cruelly -- was able to defend itself by insisting that “common sense” should have led the young employee in the case to walk out the door. Stanley Milgram and “Officer Daniels” might tell you that common sense is a rarer commodity than we believe.

At its public screenings so far, “Compliance” has served as a kind of Rorschach test for the audience, which seems uproariously involved with the film, shouting back at the characters, cheering the occasional interruption of decency and common sense and projecting all sorts of personal interpretations onto the screen. The Q&A session following the Sundance premiere turned into a memorable train wreck, with Zobel berated as a misogynist by one audience member, and defended in unfortunate terms by others. During a recent post-screening discussion in New York hosted by Psychology Today, one viewer opined that it was painful for intelligent people to watch such unintelligent behavior. According to reports from the Locarno Film Festival in Switzerland, Zobel was asked there whether the film depicted a specifically American pathology. I’m no defender of the United States on any front, but that’s rich: A European adult, born in the 20th century, complaining about Americans submitting to bogus authority figures.

What it all boils down to, of course, is the conviction that other people might administer torture to strangers on the instructions of a so-called scientist, or perform a cavity search on a teenage girl because some telephone pervert says so, but we -- the normal, clear-sighted people – never would. If Milgram tells us anything, it is that this confidence in ourselves is misplaced. Sandra the fast-food manager convinces herself that the easiest way to make this whole situation go away is to allow the pushy cop on the phone to make moral decisions on her behalf, despite her mounting misgivings. The only honest way to respond to her predicament is to recognize that each of us might do the same in her place, and at a lower level of risk already has.

Some of us trust Obama more than Bush when it comes to making secret and deadly decisions in our name, and some felt the other way around. In darker moments I suspect that those kinds of choices don’t make much difference, and that democracy is a lovely idea that’s fundamentally at odds with human nature. As to human history, it reliably seems to vacillate between periods of chaos and periods of authoritarianism, with interesting little intervals cropping up in between. As children, we are raised by authority figures, and spend most of our adult lives trying to find new people to submit to. Do we hope that they won’t compel us to degrade and victimize others, or that they will?