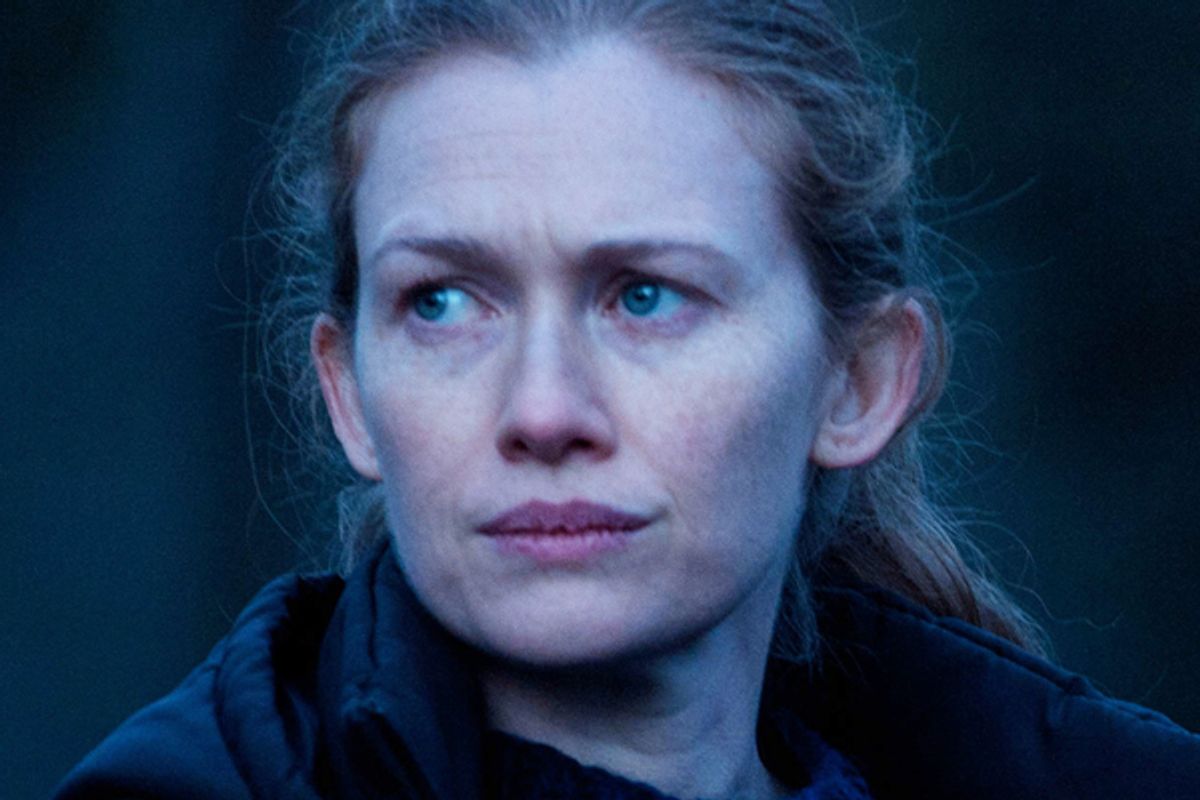 Metaphorically speaking, the news that both DirecTV and Netflix are considering reviving "The Killing" for a third season is like hearing that the Coca Cola Co. is plotting to relaunch New Coke or that a fringe group of Democrats are drafting Michael Dukakis to run in this next election— a confounding plan to resurrect a total failure.

“The Killing,” the acceptably rated but truly mediocre detective series, wrapped up its second season and the mystery of “Who Killed Rosie Larsen” in anticlimatic fashion this June. (I suspect, within a year, more than half of the people who actually watched “The Killing” won’t remember who the killer was. Forget everyone else who was just gawking at it.) Later that month, the network that aired the show, AMC, opted not to renew the series, its attendant rainstorms, cacophonous chewing and heedless pacing and plotting for a third season and, god forbid, another epically mishandled mystery. It is a commentary on both the fractured state of TV ratings (1.4 million people, the number who watched the finale, is too many for a wannabe TV player like Netflix of DirecTV to turn down) and the cynical ways that certain tropes of fan culture have been adopted by big corporations.

Off the top of my head, I can think of 10 shows I would rather see resurrected than “The Killing” — “Veronica Mars,” “Lone Star,” “Terriers” “Awake,” “Bent,” “Best Friends Forever,” “Prime Suspect,” “Pushing Daisies,” “Huge,” “Life Unexpected” — but even listing these shows is to miss the point. What I would really like to see Netflix and DirectTV do with their will to get into the serious TV programming game is to make something new, to take a chance on a show that, at the very least, will not be another sopping season of “The Killing.”

For channels like DirecTV and Netflix, who are trying to get a toehold with viewers, pursuing a secondhand TV strategy makes short-term strategic sense. They will have an easier time attracting a substantial audience, even one unlikely to grow, with shows that have been promoted by another network’s marketing budgets and are already familiar to a large group of people. And in resurrecting series like “Friday Night Lights,” which DirecTV did, and “Arrested Development,” which Netflix did, they have already engendered serious good will among particularly engaged fan bases. But continuously “saving” other networks' series, and especially a middling show like “The Killing,” seems like a long-term blunder: How do these companies prove they are something new and fresh when their most high-profile acquisitions are other networks' also-rans? (To be fair, Netflix does have a pretty big-time collaboration with Kevin Spacey and David Fincher, as well as some other original series, in the works too.)

We've gotten to a point where "save this show" campaigns are generally understood to be synonymous with quality programming, but this is not always the case. (In a tongue-in-cheek riff on this reality, New York magazine’s Vulture blog once encouraged people to send in hair to ABC after the cancellation of the infamous flop “Caveman,” based on the Geico ads.)  True fandom does not, necessarily, have a thing to do with good taste, and yet "saving" a show now plays like a de facto good deed. But when fans call for a not-so-good show to be rescued they are basically putting themselves in the reactionary position that the networks usually occupy: They are lobbying for an only adequate something to go on existing indefinitely, rather than advocating for something better, and in doing so they're giving cover to TV companies to continue making not-really-good-enough entertainment. We can do better than "The Killing." Maybe it's time for a cancel this show — permanently, irrevocably, no going back —  campaign.