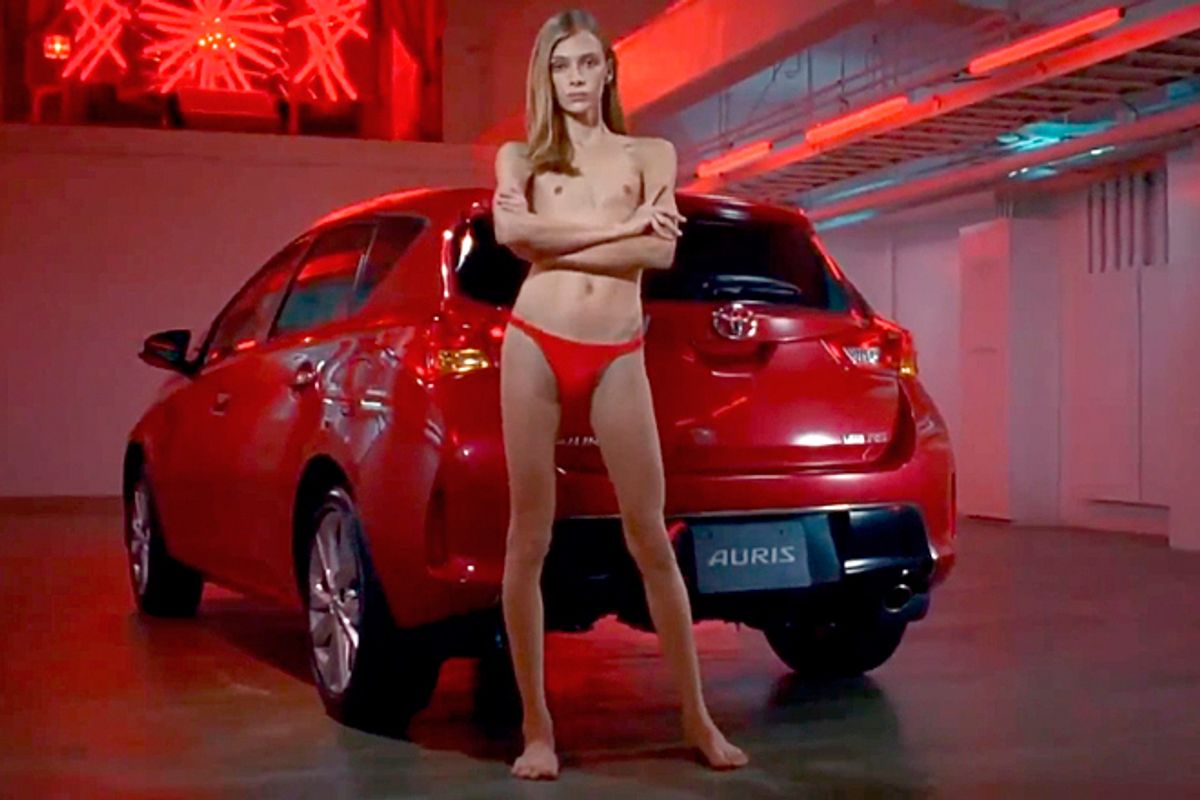 It's not the first time a beautiful, bikini-clad model has been used to sell a car. But this one's a little different.

In a new Japanese Toyota ad, the long-haired 19-year-old Ukrainian Stav Strashko struts toward a car as the camera lovingly follows the model's perfect, red bikini-bottomed butt. A jacket is seductively shed. And then Strashko turns around to reveal – she's a man, baby! Yup, that bare chest is flat, but the bulge in the bikini bottom is not.

It's a novel twist on the old hot chick advertising trope, and while it may have exactly zero to do with why you should buy a car, it has everything to do with the changing way gender is portrayed in advertising. Strashko is the surprise within the ad but, thankfully, he isn't the punch line of it. This isn't some transphobic BS trying to sell the notion of what makes a "real" woman (apparently it's menstrual blood) or some hardy-har-har challenge to distinguish the "stallions from the mares" or a joke about how gender identity is something one whimsically takes on and then regrets. In a making-of clip, Strashko says proudly, "I can't put it in words how excited I am about this commercial and everything I experienced here."

Why is the ad not running in America? No doubt because it would immediately gay indoctrinate all our menfolk and then there would never be any more babies made and Mitt Romney would never become president. Why did Toyota make certain that the comments for the ad were disabled? Um, have you ever read the comments on YouTube? We still have work to be done, people.

Strashko, like fellow androgynous model Andrej Pejic, isn't transgender, isn't doing drag. As he says, "I've never thought about becoming a woman. I feel very comfortable in my own body just the way it is." He represents a new understanding that gender isn't always neatly defined, and that if a man can be alluringly beautiful, that shouldn't be anything to be laughed at or scared of. The jury's out whether that's a concept that can sell Toyotas. But it's definitely an idea worth sharing.