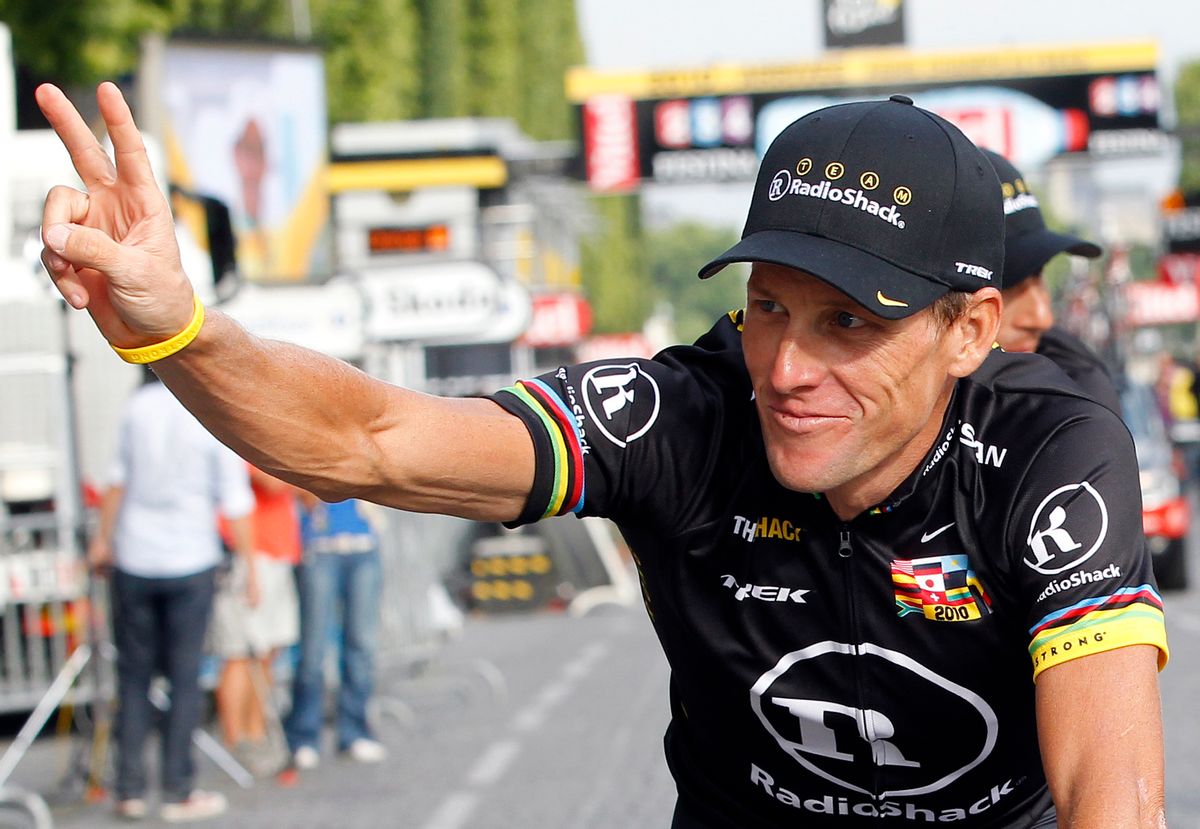 He's either a cheater or a hero, a man who's had justice served or been railroaded by an unfair system. And where your opinion falls may have to more to do with the man's image than his actions.

On Thursday, Armstrong announced he was ending his fight against long-standing charges of doping. He will be stripped of his seven Tour de France wins by the U.S. Anti-Doping Agency and banned from competition.

In a strongly worded statement, Armstrong declared that "There comes a point in every man's life when he has to say, 'Enough is enough.' For me, that time is now." He added that "If I thought for one moment that by participating in USADA's process, I could confront these allegations in a fair setting and -- once and for all -- put these charges to rest, I would jump at the chance. But I refuse to participate in a process that is so one-sided and unfair," a process he calls "an unconstitutional witch hunt."

Rumors and controversy have dogged Armstrong since the beginning of his career. By defiantly walking away and refusing to let definitive judgment be passed, he leaves a boatload of lingering questions in his wake. Questions that are met more with opinion than evidence. In just the past few hours, I've had three people who are serious bikers comment to me on what a raging cheater Armstrong is. In the New York Daily News, Mike Lupica minced no words, saying that "Lance Armstrong's worldwide lie is exposed." My friend Brad Wieners wrote more subtly on Businessweek, arguing that Armstrong's move "does leave the lasting, truly revolting impression that the French were right all along."

Yet Armstrong still has his allies. On Friday, basketball player David Lee tweeted, "Leave that man alone, great athlete and he's already retired!" Even William Shatner stepped up to say, "I am so sorry this is happening to you." And Nike quickly issued an announcement that "Lance has stated his innocence and has been unwavering on this position. Nike plans to continue to support Lance and the Lance Armstrong Foundation, a foundation that Lance created to serve cancer survivors."

Note the mention of cancer. If you happen to run in cancer circles – as I do – you'll still find plenty of support for a man who's known as much as a cancer survivor and for his Livestrong Foundation as he is for his cycling career. His organization has raised nearly $500 million for various causes for people facing cancer and has made little rubber yellow bracelets a symbol of hope and community for millions. In Forbes Friday, Kurt Badenhausen asked, "Was it all a lie? Who cares. Cheater or not, has any athlete done more with their fame than Lance Armstrong to help people?"

But cheater or not, one thing has nothing to do with the other. The problem is that doing something good with your fame doesn't automatically exonerate you of possibly doing something wrong somewhere else. Virtue in one arena doesn't mean innocence in all others. Armstrong is a complicated figure, and I can state with the same exact authority that most of us can that I know about his public commitment to good work -- and I don't know whether he is guilty of blood doping. I also know that the two aren't related. And if his sporting legacy now is tarnished, it shouldn't affect his philanthropic one, any more than his work with Livestrong defined who he was when he was on a bike.