Chloe Sevigny guest stars — and gets off 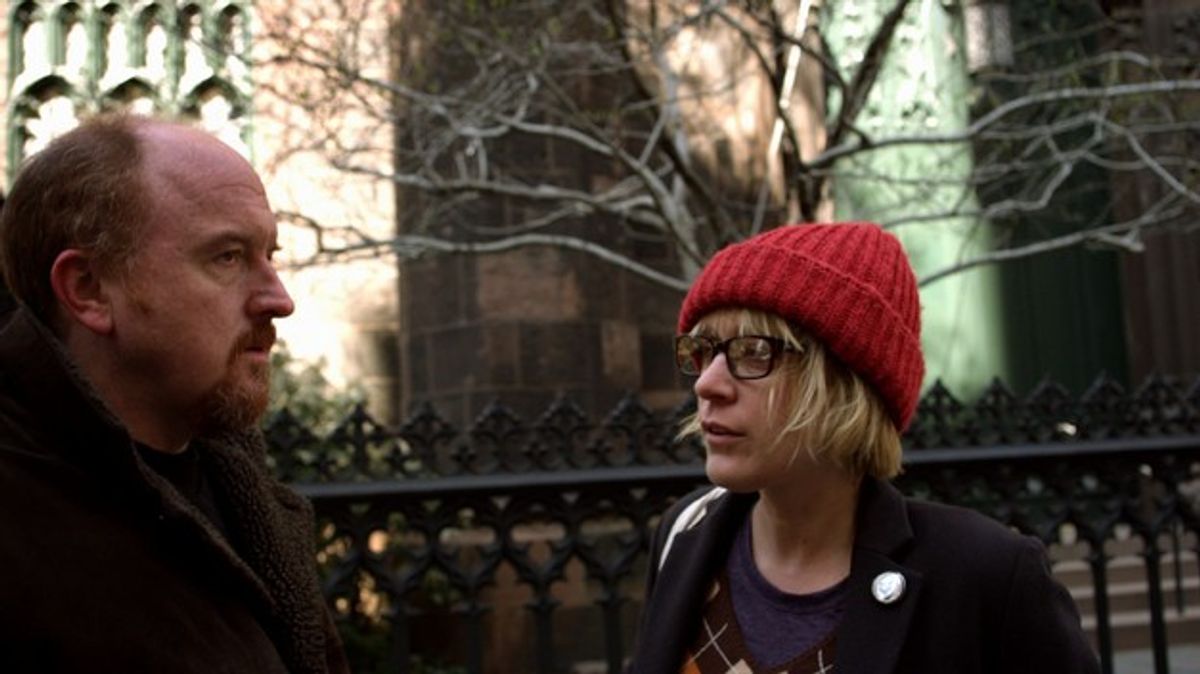 When Parker Posey wrapped up her double episode arc on “Louie," as the deeply, if secretly, damaged bookstore clerk Liz, I immediately hoped she would return. In just an episode and a half, Liz became a fully, vibrantly, disturbingly realized character, an energetic, screwed up alcoholic who was at once way too much for Louie, but also understandably appealing to him. Though Liz did not appear in last night’s episode, she hovered over it— and only made me miss her more.

In bed, Louie dreams of Liz expressing her love for him, a dream that sends him back to the bookstore to find her. (After their last, epic date, he apparently didn’t take her number.) But Liz no longer works there, and in her place is another intense, sparkly-eyed nutjob, Jeanie, played by Chloe Sevigny. Jeanie, for reasons that became both clearer and much less clear as the episode progresses, immediately takes too much interest in helping Louie track Liz down, prodding, goading and nagging him to proceed on his romantic quest to locate Liz, and quickly seeming to care more than Louie about finding her. (This — people who have a clearer sense of their wants and desires than Louie — has been a characteristic of every one of this season’s love interests, including the characters played by Gabby Hoffman, Melissa Leo, Posey, Maria Bamford,  and Louie’s man crush Ramon.)

Why does Jeanie care so much if Louie finds Liz? Well, turns out it’s a turn-on. Right after yelling at Louie, “You could totally find her!!” Jeanie masturbates, publicly, in a coffee shop, while Louie and the barista stare. Upon completion, Jeanie fixes her hair and calmly tells Louie, “Just so you know, I’m married, so please don’t come by the store.”

A key element of Louie’s relationship with Liz — and part of what made that episode so poignant— was the extent to which Louie did not really see Liz. All romantic encounters, especially at the beginning, are predicated on some make-believe. To him, Liz was an adorable, cool bookstore chick who was out of his league, and he held onto that image of her long after signs of the troubled, unstable alcoholic she really was began to emerge. Similarly, Jeanie doesn’t really see Louie. He walks into the store and she projects onto him a romantic identity, and then uses him to fulfill some unnamed fantasy. She’s using him for an orgasm, but, unlike with Leo, it’s not even a trading of sexual favor: He gets nothing, he just sits there.  Jeanie projects what she wants on him, runs over him personality-wise, gets off, and leaves, so self-involved she imagines that he might want to come looking for her.