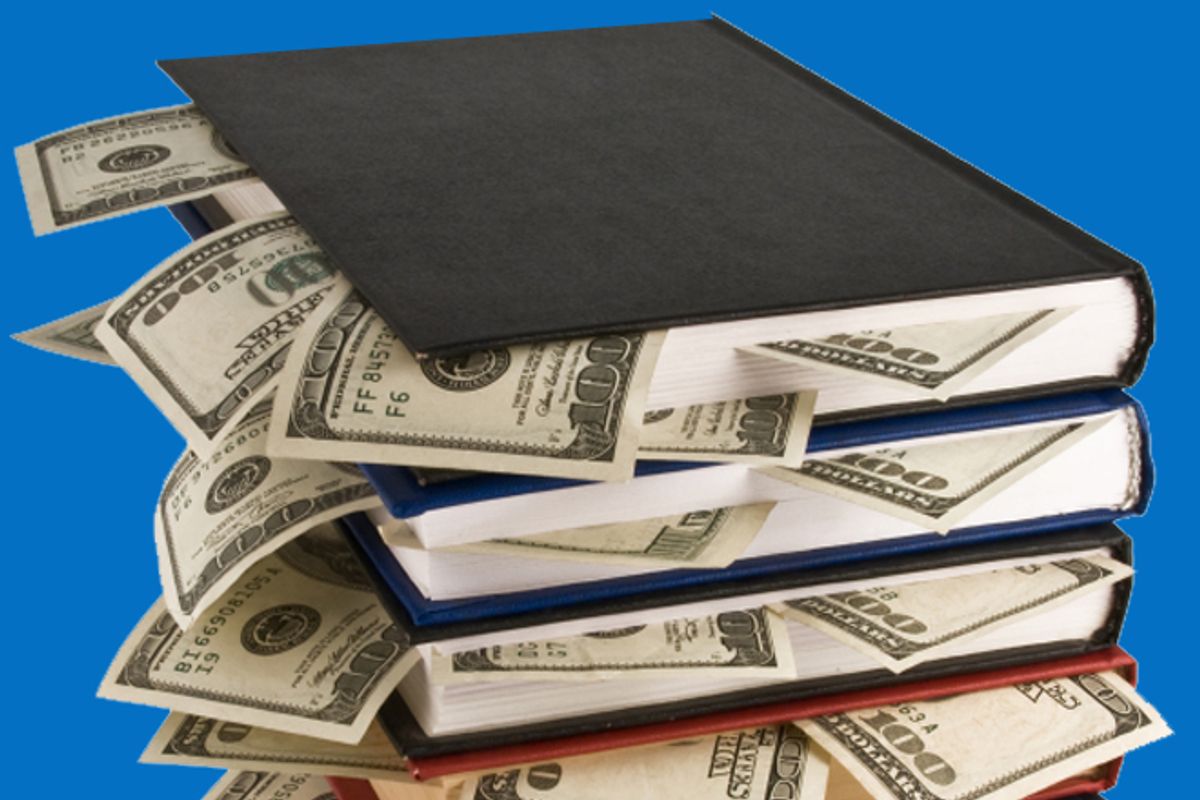 There was much pearl clutching after the Internet aired abecedarian mystery novelist Sue (“A Is for Alibi”) Grafton's thoughts on self-publishing. Short version: She thinks it’s for lazies. Who you calling lazy? The digital swarm opined and I agreed, to some extent, with the outraged chorus. Who wouldn't want to be on the side of the self-publishers, those scrappy DIY-ers who, like their punk forefathers and -mothers, step outside of a system that can't or won't serve them? Get in the van!

Then the New York Times examined a now-shuttered book review-for-hire service aimed at self-publishers, run by an Oklahoma businessman who realized that a large pool of underemployed writers willing to work for peanuts plus an equally large pool of unknown authors desperate to stand out equals profit. If only he had figured out a way to exploit the hopes of the adjunct professoriate, he could have hit the cynicism trifecta. Authors who wanted to artificially inflate their book's popularity could buy satisfied reader reviews, circumventing the tedious business of building relationships with readers, librarians and booksellers like those squares in traditional publishing insist you must.

The service itself isn't all that shocking. It's not like you can't purchase reviews from legit outlets like ForeWord and Kirkus, although they do sell review services aimed at self-publishers. Their packages are a bit more expensive, but you get what you pay for. One decent, well-reasoned Kirkus review by an experienced book reviewer, even in its “Indie” ghetto, could be worth 20 breathless shills on Amazon, where product reviews have become a kind of meme-based performance art.

But the Times piece gets interesting when it turns to John Locke, a writer of serial thrillers who sold a million self-published $0.99 e-books through Amazon. According to the article, when Locke's initial strategy of building relationships with readers, one blog post and tweet at a time, didn't move his sales ranking fast enough (he complains it took him “almost two months” to garner five five-star Amazon reviews — cue the sound of a thousand authors' eyes rolling), he bought 300 reviews to make his fan base look larger than it was. It worked; his presumptive popularity secured, sales soared. Locke lands a Simon & Schuster distribution deal. Everyone's a winner, right?

Now think back to Grafton's admonition. I don't know about lazy, but employing a service that dishonest and cynical demonstrates a bizarre contempt for the reader. It casts the writer as a producer of widgets and the reader as a  sucker who probably won't complain if the product doesn't live up to the hype, because hey, at least it was cheap. Books, in this scenario, become flea market trash — wind-up toys you buy on a whim and expect to break. As a writer in my Facebook feed joked yesterday, why not buy negative reviews of your enemies' books, while you're at it?

The publishing industry is full of rejection and loss. A racing greyhound is more likely to be a sound investment than a book, with less heartbreak in the end. And now, authors have to be experts at marketing themselves too. It's understandable why many writers opt out, but what is the endgame here? Forgive us, Walt Whitman. Is winning customers at any cost the new literary dream?

Self-published authors already face distrust from publishing insiders and bear all the financial risk for their work. They don't need the guilt-by-association suspicions that their readers have been conned into buying cheap merchandise. One thing the indie band in the tour van has going for it is that staying independent in a sometimes-exploitative industry carries with it an assumption of integrity and hard work, and a love for the art that is admirable, even inspiring.

Being independent should mean that you're willing to do all the work yourself in exchange for autonomy and all the rewards. Indie authors can fight the reductive “lazy” tag by upholding strict community standards that honor both authors and readers. The readers, remember them? Those trusting fools who, despite the fact that “Love It or List It” is on right now, are looking for a new book to transport them into a different life, or even a different world? Reading and writing are acts of empathy and faith. Guard that trust carefully — in this rapidly changing business, it's the only sure thing.