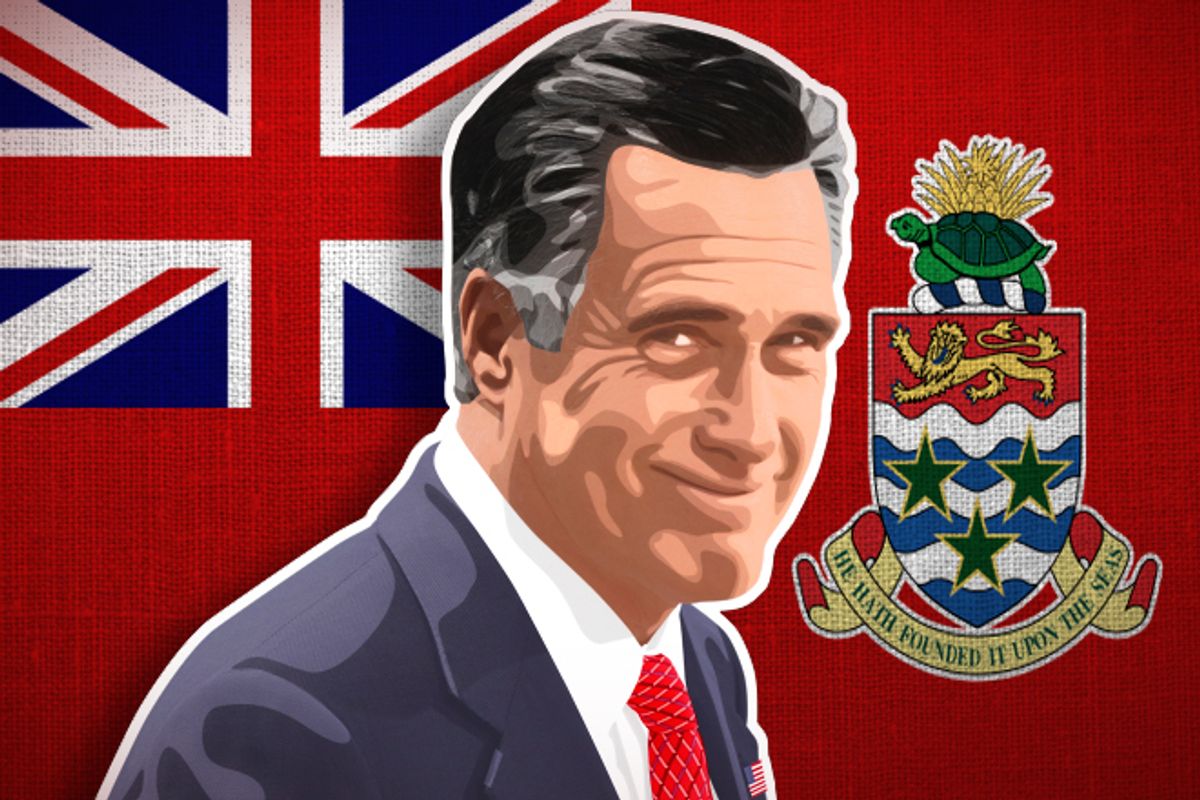 Could there be a better example of super-rich arrogance than the image of millionaire Romney donors partying on a mega-yacht registered -- for tax avoidance reasons -- in the Cayman islands ... during the Republican convention? Come on -- simply as metaphor, the very notion reeks so egregiously of entitlement and elitism that one can't imagine Romney's campaign managers allowing such a thing to happen. Right?

But ABC News has the scoop, and it's a good one:

Gov. Mitt Romney's campaign toasted its top donors Wednesday aboard a 150-foot yacht flying the flag of the Cayman Islands.... The event, attended by no more than 50 people, along with Romney relatives, including older brother Scott, appeared on no public calendars.... The Cracker Bay is owned by Gary Morse, developer of the Villages retirement community. Companies controlled by Morse gave nearly $1 million to the pro-Romney Restore Our Future superPAC. Registered in the Caymans, the Cracker Bay has an impressive art collection and can seat 30 for dinner.

There's only one reason why millionaires register their mega-yachts in the Cayman Islands -- and it's the very same reason why Mitt Romney has offshore accounts registered there. Taxes -- or, more accurately, the lack thereof. It makes a perfect kind of sense. Millionaires want to help Romney get elected because not only will that prevent Obama from raising their taxes, but it could well result in their current tax burden falling even further. So there's a beautiful honesty in gathering together on a yacht that pays no U.S. taxes -- see, America, this is what we're all about.

You just have to wonder what the original Tea Party patriots would have thought of such behavior. Wouldn't the proper response be to dump the millionaire donors into Tampa Bay -- on the charge that these moguls are seeking representation, without taxation!? But the partisan divide in the U.S. is so deep and strong right now that it's hard to imagine anything changing minds. We already knew that Romney is a very rich man whose administration will be devoted to protecting the interests of very rich men. Now we know that he's not even trying to hide it.