In a dishonest, anti-welfare race-baiting speech, he quietly told white people they're "dependents" too 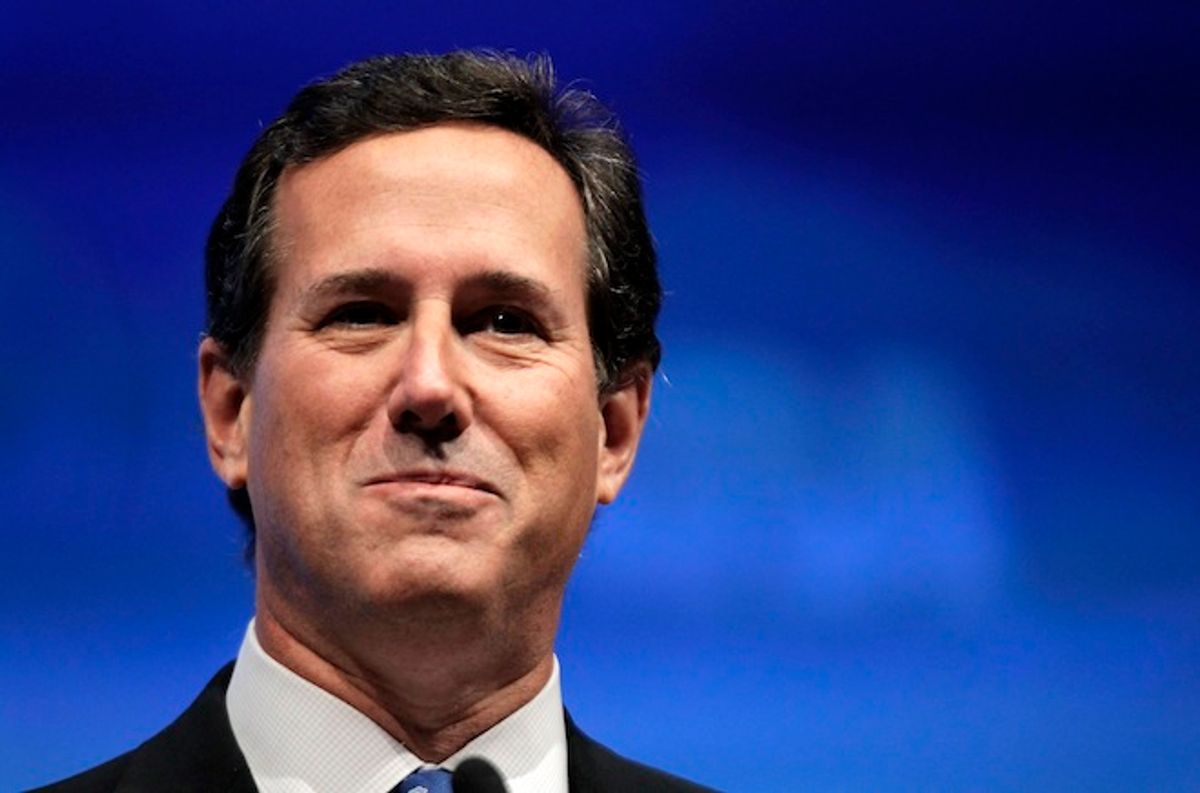 Chris Christie got tapped to make the keynote attack on President Obama, but Rick Santorum was assigned to throw out some of the reddest meat at the GOP convention: about the way Obama supposedly gutted the work requirement for welfare (he didn't).

And in case anyone was in danger of missing the racial subtext, Santorum linked Obama's waiving the work requirement (he didn't) to "his refusal to enforce the immigration law." Welfare recipients and illegal immigrants, oh my! Santorum made sure to scare the white working class with the depredation of those non-white slackers and moochers. It's 1972 all over again.

But Santorum moved beyond "blah" people to claim that all of America is caught up in "a nightmare of dependency, with almost half of Americans receiving government assistance." To get to half, Santorum had to be including Social Security, Medicare, Medicaid and food stamps, programs that are overwhelmingly going to white people.

Implicitly, Santorum praised Charles Murray's thesis (which he praised explicitly during the primary campaign) that "marriage is disappearing in places where government dependency is the highest." Of course, where in the 1980s Murray made that claim about black people, now he's making it about the white working class. But Santorum and the GOP are counting on the fact that the white working class -- the core of their base -- aren't paying attention to that analysis, they're only hearing the dog whistles about the non-white. The entire 2012 race hinges on that.

Apart from its race-baiting and lying, the GOP's attacks on welfare are most remarkable because the program has been slashed dramatically. Before Bill Clinton signed the welfare reform law, 68 percent of 100 families in poverty got welfare; now it's 27 percent. The caseload declined 58 percent; it now represents .07 percent of the federal budget. Welfare is no longer an issue – unless you're reaching back into Pat Buchanan's playbook because you're desperate.

That's what Santorum did Tuesday night, in a speech notable not only for race-baiting but for some overall creepiness. He reprised what was a moving description of his coal-mining grandfather's hands back in January, and this time made it sound weird. Then he went on at length with a riff on all sorts of hands that started, "I shook the hand of the American dream and it has a strong grip"; the whole soliloquy was creepy.

Santorum made it plain why he wasn't the nominee.

But he didn't say anything to explain why Mitt Romney should be president.