With a single euphemism, the former president gutted Paul Ryan -- and unmasked the right's nervy lies 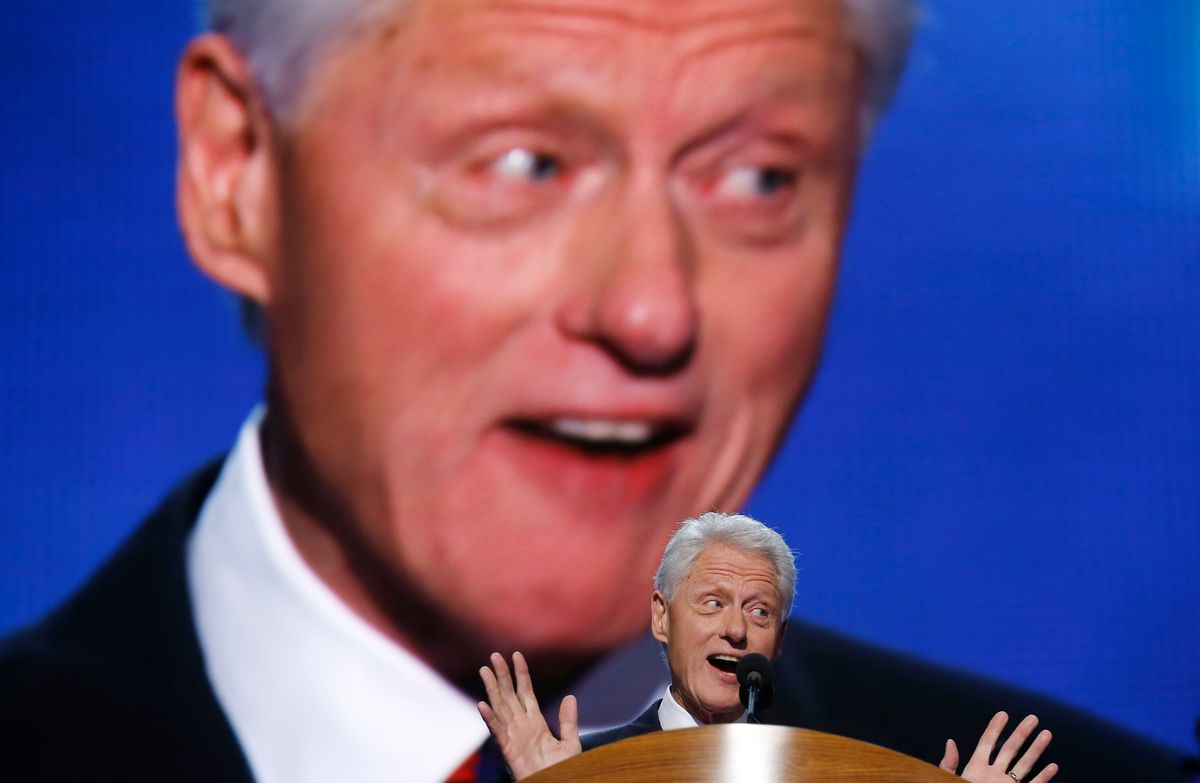 The Democratic National Convention has made a conspicuous show of presenting women speakers and addressing issues that most concern women's bodies -- so much so that conservative toolbag Erick Erickson recently referred to the proceedings as "the Vagina Monologues." So leave it to Bill Clinton to nut things up.

It was the sound bite of the night on Wednesday, the word that, as soon as it was uttered, exploded across the audience both in the auditorium in Charlotte and in living rooms across the land. In the midst of a quintessentially Clintonesque speech – a monologue of pummeling precision, folksy rhetoric and exhausting duration -- the former president launched into a rebuttal of Paul Ryan's claims that Barack Obama has been ravaging Medicare.

"When congressman Ryan looked into the TV camera and attacked President Obama's Medicare savings as the 'biggest, coldest power play,' I didn't know whether to laugh or cry," he shrugged. "Because, that $716 billion is exactly, to the dollar, the same amount of Medicare savings that he had in his own budget." And then came the killer ad-lib: "You got to (admit) one thing -- it takes some brass to attack a guy for doing what you did."

The line – and Clinton's amused, "Can you believe these guys?" delivery – was a standout of frankness even in a convention that's featuring the notoriously blunt Chicago Mayor Rahm Emanuel and Vice President Joe Biden. In other words, it was quite a feat. And if you have any doubt of the impact of that off-the-cuff remark, watch the clip and note Michelle Obama's face after Clinton said it – her mix of wry appreciation for the sentiment and pure disgust for the subject.

The phrase resonated, of course, because "brass" is only half of it. What Clinton was unmistakably announcing to the entire world on Wednesday evening was that Paul Ryan has balls. Balls of solid metal. And in an instant, Clinton reminded us that the way we talk about each other – whether admiringly or disparagingly – so often comes down to terms for what's between our legs. He put the youthful, fitness-obsessed would-be vice president directly in his cross hairs and fired the shot. This is about your masculinity, bro. As politics so often is.

We call a man a pussy when he's weak and a dick when he's petty and rude. But when we say he has balls or any variation thereof, it is a fantastically mixed assessment. (And when we say a woman has them, as Clinton's wife, Hillary, has so often been accused, it's even more so.) It can be a term of quiet awe or supreme exasperation. It's a phrase that says, "You're a bold one, all right. Maybe a little too bold for your own -- or anyone else's -- good." Bull's-eye.

Clinton's "brass" comment articulated succinctly exactly what it is about not just Ryan but the whole of the right's current rhetoric. It is just ... so ... ballsy. These guys will flagrantly make stuff up about how Obama is raiding Medicare and blame him for a GM plant closed under George W. Bush and "locked up and empty to this day."

They are aligned with, as Massachusetts Senate candidate Elizabeth Warren passionately stated, the "Wall Street CEOs -- the same ones who wrecked our economy and destroyed millions of jobs," who still strut around Congress, no shame, demanding favors, and acting like we should thank them." They'll lead an all-male panel of female contraception. They're so brazen they'll even brag of their elite marathon times, though the truth is very far from their claims. But what do they care? As Romney pollster Neil Newhouse brashly says, "We’re not going to let our campaign be dictated by fact-checkers." So, sure, they may be spreading falsehoods galore and trying to savage the economy and our reproductive freedom, but you've got to admit, that much fearless entitlement must require nads of steel.

Clinton's remark about Ryan's brass may have been a flippant one, but he's not a man who says anything by accident. He knew the power of his statement and touched a nerve because, in his explainer-in-chief way, he gave so many Americans watching their "What he said" moment. He reminded us that brass may make a man bold, but it also makes him cold and immutable. He went directly to the center of the conservative movement's arrogant, willful machismo. And in one word, he said it all.