Eighty Yanomami were reportedly killed by Brazilian miners. Evidence suggests this may not be the case 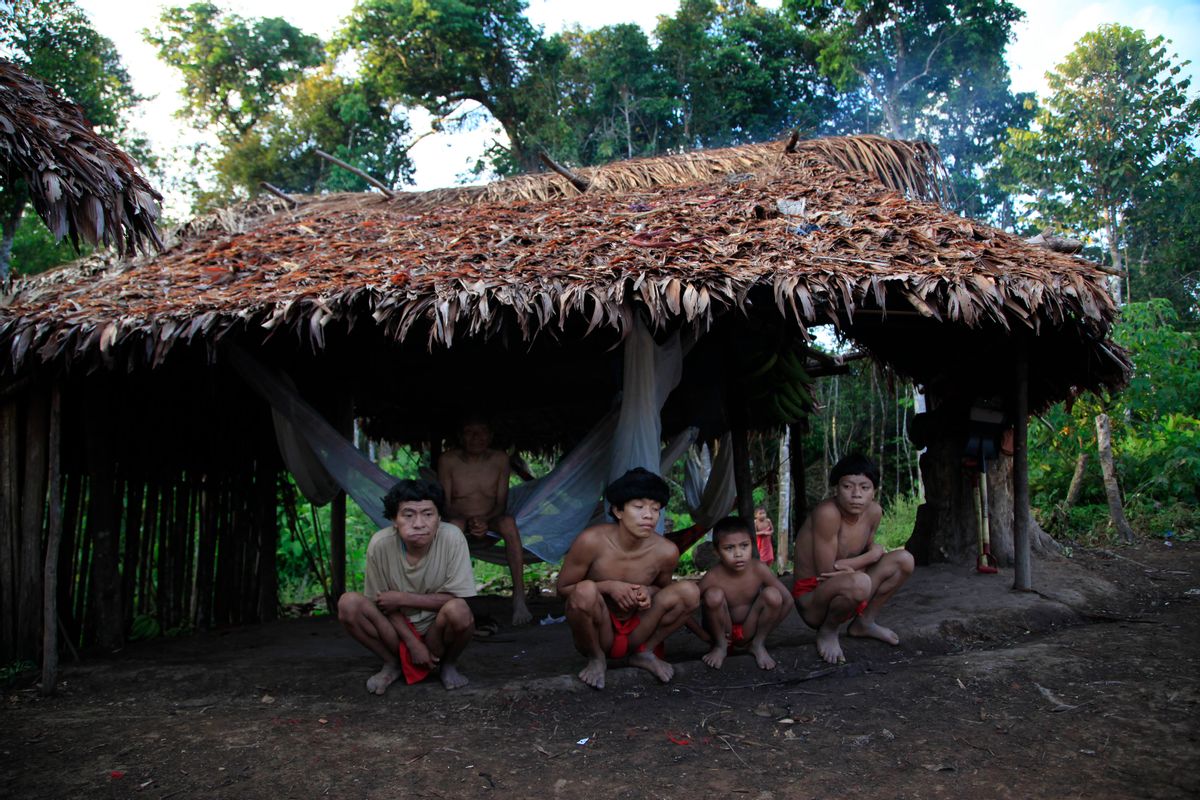 CARACAS, Venezuela — A couple of weeks ago, the world’s press took a swipe at Venezuela for its failure to properly investigate a massacre of indigenous people in the dense Amazon jungle.

Some 80 members of the Yanomami tribe were thought to have been killed by Brazilian miners firing from a helicopter. The papers ran colorful opening paragraphs of the “charred remains” reportedly discovered at Irotatheri, apparently a remote community deep in the jungle near Brazil.

“Three survivors were found walking in the jungle after the attack, having fled at the sound of gunshots, explosions and the sound of a helicopter while they were out hunting,” wrote British newspaper The Telegraph from Los Angeles.

All the evidence — so far, at least — suggests that no attack took place.

On Monday, Survival International, the rights group that had initiated the allegations, changed its statement: “Survival now believes there was no attack by miners on the Yanomami community of Irotatheri.”

That came just as Reuters and AP journalists — who had been taken to the alleged site in a government helicopter — published their own photos and stories. They said they found nothing but the bewilderment of a handful indigenous people dressed in red loincloths. “No one's killed anyone,” said one tribal leader.

Without visiting the remote region and collecting evidence from those scattered in it, it is impossible to prove whether an attack took place. Indeed, brutal incidents such as this alleged one have been all too common in the continent’s history and the Yanomami are no strangers to invasion. In 1993, Brazilian miners killed 16 Yanomamis on the Brazilian side of the border.

However, in revealing a story without sufficient evidence, the indigenous rights organizations as well as some unquestioning media may be acting as the boy who cried wolf.

“Our information was that Indians that had seen the aftermath had reported it directly to a Yanomami organization,” Stephen Corry, director of Survival International, told GlobalPost. “People had seen this happen. What more evidence could one have?”

The alleged attack took place in July, though took long to be reported thanks to the remoteness of the site, a more than two-week trek from the Amazonas state capital Puerto Ayacucho. Critics of the government jumped upon the rumors less than a month before the country’s most tightly fought elections during President Hugo Chavez’s long tenure.

The president slammed the allegations as an attempt to smear him. “There are some media that present this as truth but there’s no proof whatsoever,” he said last week. “They don’t provide a shred of evidence. Someone says something or some NGO puts out a document and if it hurts the public image of Chavez, it’s on the front page and the story is spiced up every day.”

Chavez has always shown warmth to the indigenous people of the country, as have other leftist Latin American leaders. “Never, in 200 years of history, has any government treated our indigenous people with such love, respect and dignity ... We went everywhere looking for the truth," he said, adding that no evidence was found.

Corry is not convinced. “The most appalling aspect of the Venezuelan government reaction is that its initial stance seemed to be disbelief,” he said. “Some sectors of government were denying this had happened even before people had reached the site, which does nothing to encourage one’s faith in the government.”

In order to offer some evidence for its point, the Venezuelan government flew the agency journalists down to Sierra de Parima, just 12 miles from the Brazilian border, late last week. One Reuters photographer wrote a blog describing how the Yanomami people had never seen white people before.

Luis Shatiwe is the leader of a Yanomami group. He was one of the first to alert authorities to an attack. “Something happened,” he told GlobalPost this week. “But because of the Yanomami customs, it’s extremely difficult to work out what exactly.” Shatiwe added that they first had to work out exactly where the alleged incident took place.

Shatiwe and other Yanomami leaders, rights groups and lawyers are meeting in the coming days to try to get to the bottom of the rumors.

“We are not saying in our view nothing happened,” said Corry, of Survival. “We do not believe there was a serious attack on this community, and it was not destroyed.”