The popular TED lecturer tells Salon we judge others when we feel insecure -- and we should stop, for our own good 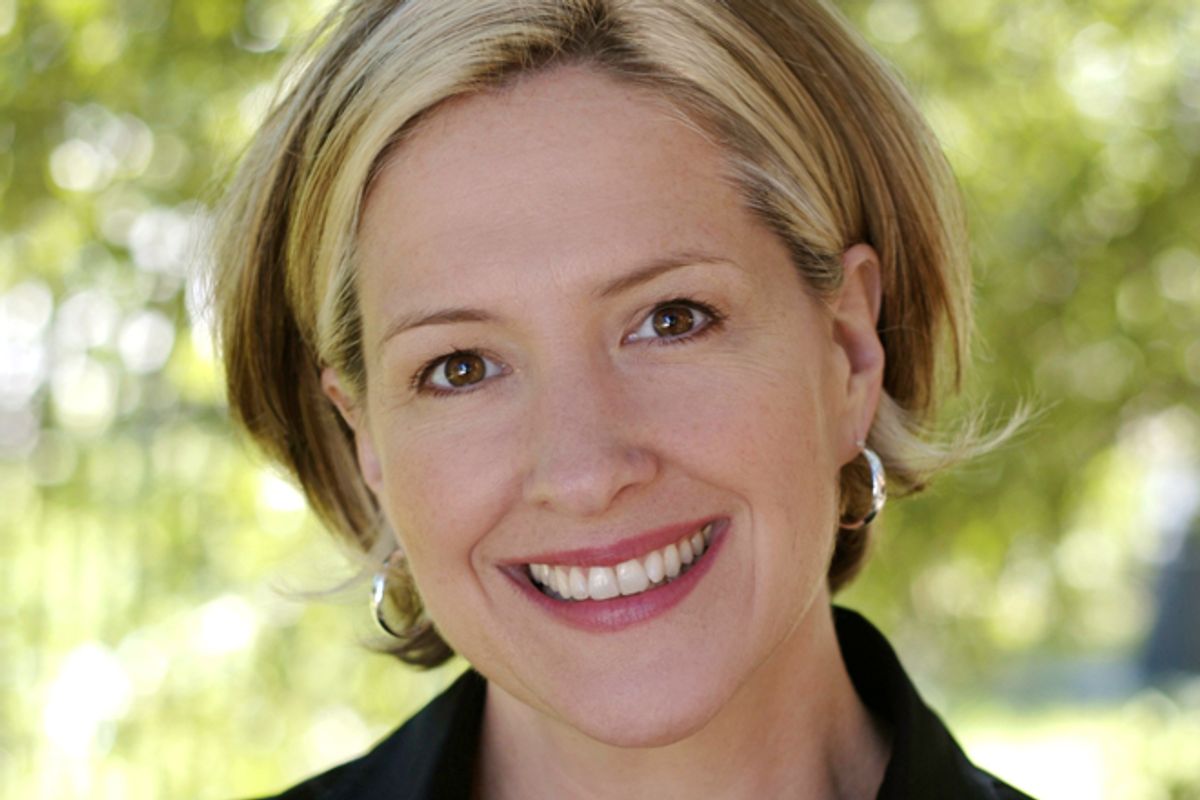 Brene Brown is an unlikely champion of vulnerability. She is a down-to-earth Texan whose family motto is "lock and load," a research professor and an admitted enthusiastic fan of data. She doesn't speak in touchy-feely axioms; instead she quotes Whitesnake.

Yet since 2010, her TED talks on listening to shame and the power of vulnerability have become a viral sensation, in no small part precisely because of her plainspoken honesty about her own struggles with the subject matter. To date, Brown's rousing pleas for humanity to move from a culture of shame, scarcity and numbness toward a more authentic, compassionate and "wholehearted" approach have been viewed over 5 million times on YouTube. But not by Brown herself, who confesses, "It still makes me feel really uncomfortable."

In other words, she gets it. She knows how hard it is for us to put down our emotional armor, how great the fear of failure and criticism -- from both within and without – can be. Yet she plunges on, persuasively making the case that a bolder, braver way of living isn't just happier and more fulfilling. She thinks it's a key component of rising above the tide of debt, addiction and what Brown repeatedly refers to as the painful curse of "disengagement."

Her new book, "Daring Greatly," takes its title and inspiration from a speech by Theodore Roosevelt, who spoke of the person who "strives valiantly, who errs, who comes up short again … who at best knows in the end the triumph of high achievement, and who at worst, if he fails, at least fails while daring greatly."

Salon talked to Brown recently about her work, her book, how to fight back the "gremlins" of snark, and how we can all dare a little more greatly.

You talk about "the social climate of scarcity" -- of shaming and shutting down and constantly comparing ourselves to others. Do you think that it's really getting worse, as it seems, or is it something that's always been with us?

I started my research right around 9/11, and I've seen it get progressively worse since. There's this collective PTSD from 9/11, from multiple wars, from this horrible recession that's affected everyone I know.

I think we're in a [time of a] lot of fear and scarcity. And I know that that's not new. What's new is that there are groups who are willing to leverage our fear -- leveraging fear to get people to do what they want. We've lost our moral courage.

That Roosevelt speech that inspired your book says, "It's not the critic who counts." As someone who's been referred to as a cultural critic, how do you respond to that? Is criticism always a negative?

If you're in the arena and part of what you do is describe what you see happening and talk about it, that's valuable work. If your job is just to be a bleacher sitter and you're not also getting kicked around, if all you do is point and put down, I have no room for that kind of thing.

To me, constructive criticism is when people take ownership of their ideas. That's why I don't listen to anything that's anonymous. But it's hard; when there's something hurtful out there I still want to read it over and over and memorize it and explain my point of view to the person.

It seems odd to be talking about vulnerability in a culture where so many people are willing to be tremendously overexposed. What to you is the distinction between vulnerability and TMI?

We're hardwired for connection. There's no arguing with the bioscience. But we can want it so badly we're trying to hot-wire it.

I have definitely overshared. I've met a new friend and within the first 30 minutes, I've been thinking, "This is not something I should be saying." There's this belief we can get there faster, but real connection takes time.

The intention and outcome of vulnerability is trust, intimacy and connection. The outcome of oversharing is distrust, disconnection -- and usually a little judgment.

And  we're certainly swimming in judgment, and what you call emotional armor. Why is that?

We judge in areas where we feel insecure, and we pick people who are doing worse than we are. I think when you hear someone snark at someone about something, that's clear as day that person has some real shame around that issue. When I'm really on that judgment train I have to stop and think, "What am I feeling?" If I'm comfortable in my body, in my work, I don't care about yours.

Can you explain a little how these kinds of judgments and shame manifest differently in men and women?

In women, it's appearance, body image, motherhood. It's perfectionism: do it all, look perfect doing it. And for men, it comes down to money, status and professional identity. What's really difficult is that everybody I've ever talked to has had that experience that feels like a knife up to their throat.

Yet every day we pledge allegiance to those expectations, like when we as women talk about other women's appearance. We do it unthinkingly, and we're not awake. If we want to be free and out from under the shame and the heaviness of not being enough, if we want to be valued, we have to practice vulnerability. We have to do the hard things. We have to go right through them.

Like Gabby Giffords saying the pledge at the Democratic Convention.

Yes. I've seen again and again that hope is a function of struggle. People of high levels of hopefulness are very often people with deep experiences of adversity. Yet we see people doing things we admire and think, "I could never do that." But most of us haven't seen all the falls and scrapes and bruises it takes to get there.

So why haven't you seen your own TED talk?

Ever since I came to the other side of my own work and trying to live wholeheartedly, one of the things that guides me is asking, "What's in service of the work and what's not?"

I read the transcripts and only wince a couple of times but I don't watch anything I do. At TED this year, it was the hardest three professional days. I was watching all these great talks. And I felt responsibility to serve the people there rather than thinking, "This will be good for my career." For real conversation to happen, it needs to be really flexible, so I just talked to the audience.

If there was one thing you'd want to say to someone who's trying to move in the direction of being more courageously vulnerable, what would it be?

That the more afraid we are, the more scarcity there is. So talk to yourself as you would to someone you love.