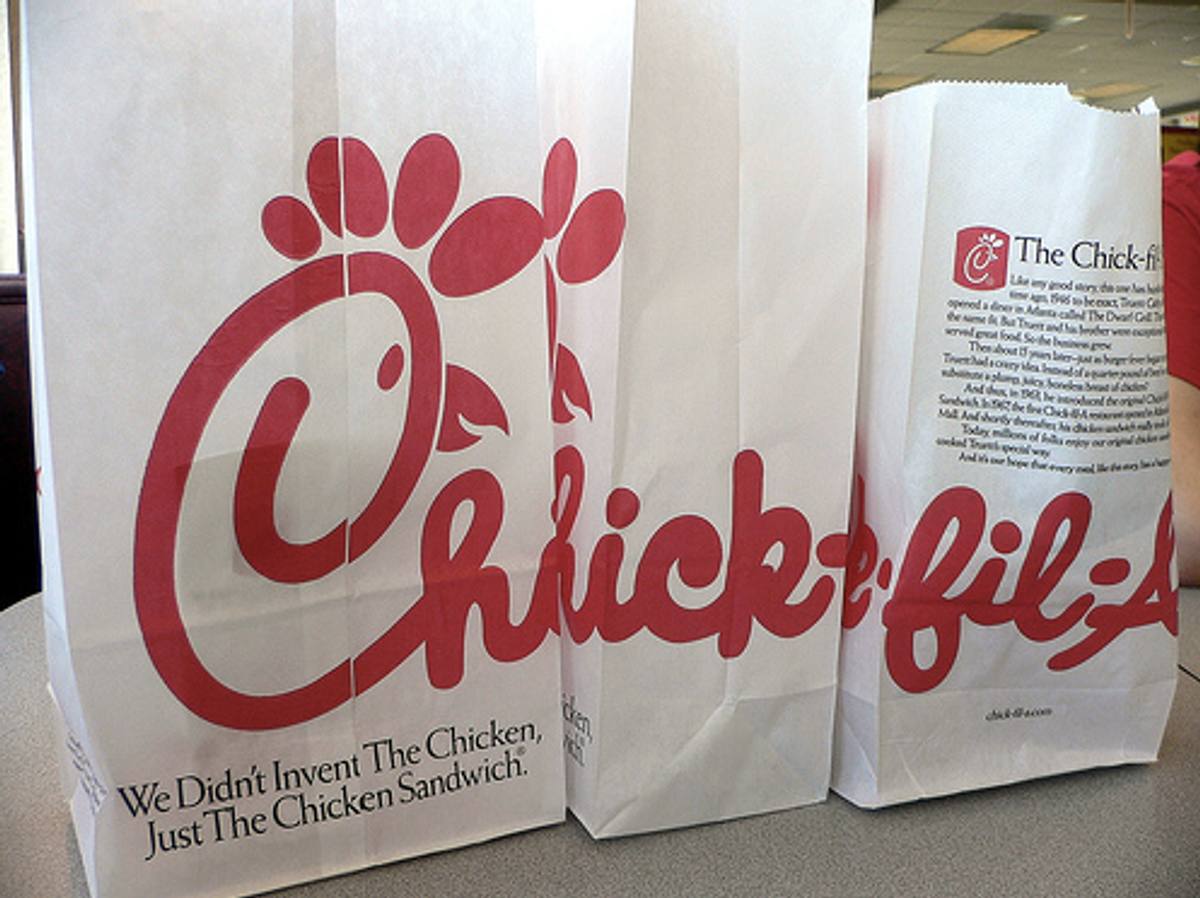 Chicago advocacy group the Civil Rights Agenda claims that Chick-fil-A, the fast-food chain that recently became better known for its politics than its sandwiches, has promised to stop funding anti-gay organizations. The organization wrote via press release that Chicago Alderman Proco Moreno has finalized negotiations with Chick-fil-A and "has confirmed that Chick-fil-A will no longer give money to anti-gay organizations" and that the company "will treat every person equally, regardless of sexual orientation." The press release continues:

In a letter addressed to Alderman Moreno and signed by Chick-fil-A’s Senior Director of Real Estate, it states, “The WinShape Foundations is now taking a much closer look at the organizations it considers helping, and in that process will remain true to its stated philosophy of not supporting organizations with political agendas.”  Winshape, a non-profit funded by Chick-fil-a, has donated millions of dollars to anti-LGBT groups, including some classified as hate groups.  In meetings the company executives clarified that they will no longer give to anti-gay organizations.

But WinShape didn't release the same comment to BuzzFeed. In fact, they refused to say anything conclusive, and seemed to lack self-awareness about having an anti-gay stance:

"We have no agenda, policy or position against anyone. We have a 65-year history of providing hospitality for all people and, as a dedicated family business, serving and valuing everyone regardless of their beliefs or opinions," he said in a general press statement emailed to BuzzFeed by another Chick-fil-A spokesman, Jerry Johnston, who said the company's press statement is not new. "The genuine, historical intent of our WinShape Foundation and corporate giving has been to support youth, family and educational programs."