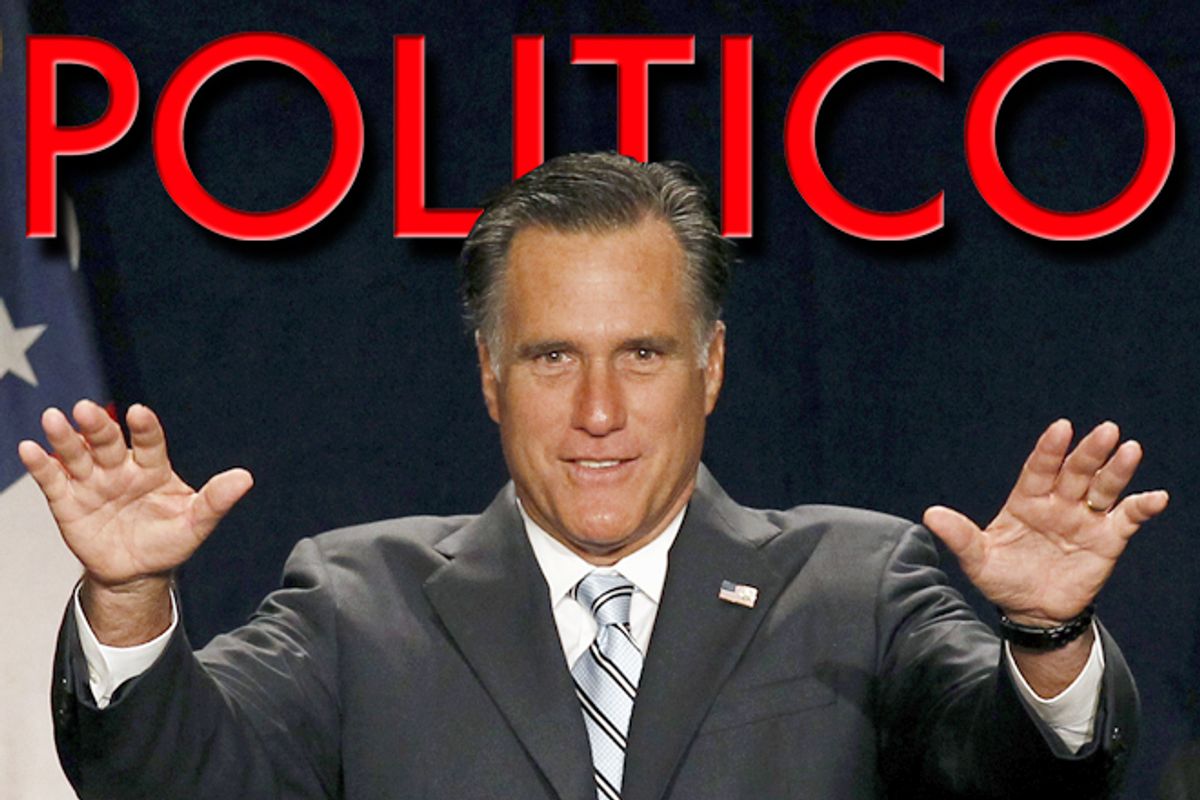 There is a new story by Mike Allen, Politico star reporter and man who is unable to name a single recreational activity he enjoys, and his boss, Politico co-founder Jim VandeHei. According to this story, the last big VandeHei and Allen story -- one published three days prior to this one -- doesn't matter.

They explicitly say so. The new story is about Mitt Romney's new plan to rescue his campaign with more personal appearances and ads. (His previous strategy, I guess, was just not do any campaigning.) At the end of the story there is a recap of bad things that have happened to the Romney campaign over the last 10 days, divided into "What Does Matter" and "What Doesn't Matter." Here is my favorite entry in "What Doesn't Matter":

• The POLITICO story we wrote about staff turmoil on Sunday night, which generated nearly 3 million page views, making it one of the most-read stories in our publication’s history. The story spoke in important ways to the internal issues Romney faces — but his challenges for the next six weeks are all external. He has no interest in a staff shake-up — and knows the key to pulling out of this turbulence and onto a path to victory is clarity of message. Sure, advisers such as Ed Gillespie emerge with a greater say in that message, but the former Bush counselor always had juice and a big say internally. And as any Romney insider will tell you, Romney’s biggest problem the past two weeks has been Romney, not his staff.

The story we wrote a few days ago literally does not matter but it got 3 million page views is the most Politico statement in the history of Politico. The story was both "one of the most-read stories in our publication’s history" and completely inconsequential. POLITICO SCOOP WAS MEANINGLESS, THE ONLY TRUTH IS THE ABSURD. LIFE IS THE FARCE WE ALL MUST PLAY, MUST CREDIT POLITICO.