Fresh from an Emmy sweep, Claire Danes and Damian Lewis return for a second season of TV's most dangerous affair 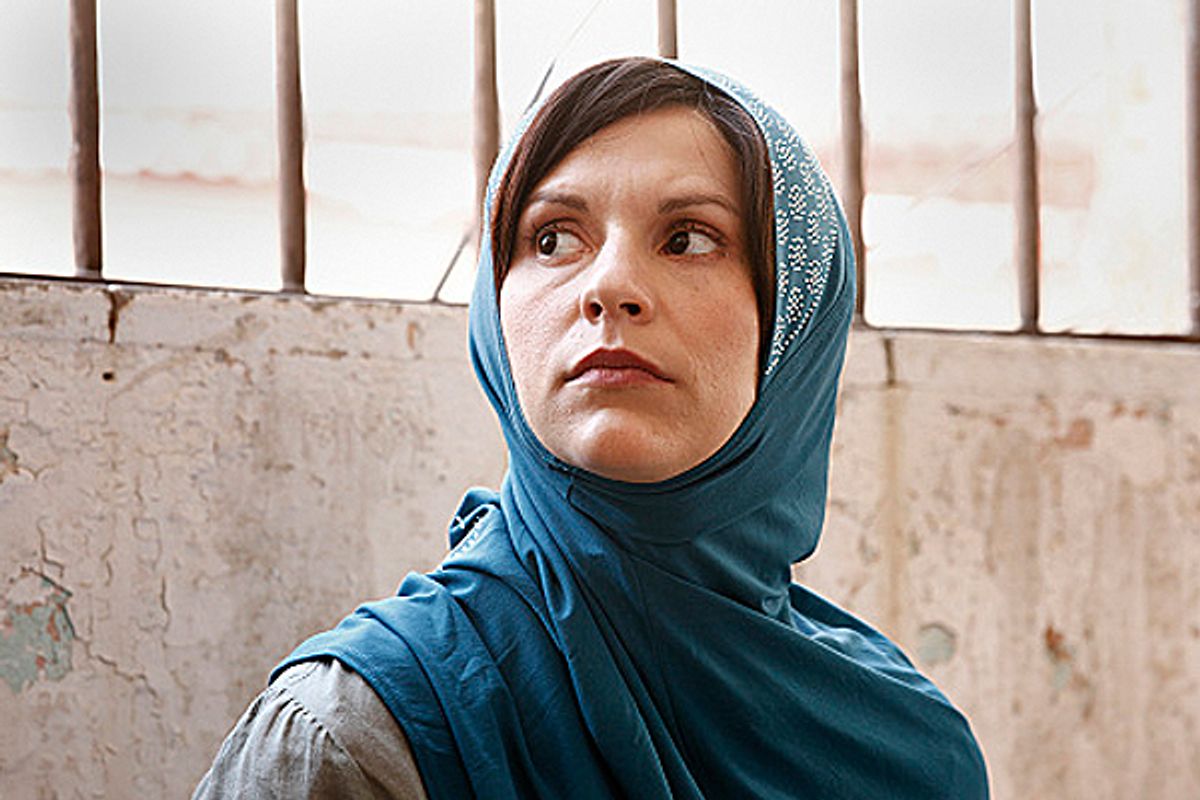 Showtime’s glorious thriller “Homeland” is full-body television: It sets pulses to racing, stomachs to churning, minds to strategizing. Its first season was a visceral 12-episode ascent to an apex of anxiety, the finale leaving its two star-crossed protagonists not so much hanging from a cliff, as smashed at the bottom of a canyon, a beat after their hold had given way. Marine Sgt. Nicholas Brody (Damian Lewis) had just failed to set off the bomb in his suicide vest and kill the vice president, while Carrie Mathison, the manic genius CIA agent, played with incandescent focus by Claire Danes, elected to have her short-term memory — and knowledge of Brody’s treachery — wiped out by electroconvulsive therapy.

Season 2, which premieres on Sunday night, picks up six months after the aforementioned events, the action having slowed — temporarily. A fragile, disgraced, medicated Carrie, officially bounced from the CIA, is languidly recuperating, avoiding the spycraft that is her calling. Brody, now a congressman, is being considered as a vice-presidential candidate, while secretly trying to aid the terrorist Abu Nazir without committing violence himself. Carrie is soon called to Beirut for one last job — and you know how those tend to go. The series'  thriller engine turns on, turns over and begins to purr. By the end of the first episode, as Carrie gets her groove back, I was fist-pumping. By the end of the second episode, I was doing whatever fist-pumping with every single nerve ending in one’s body is called.

“Homeland’s” only rival for best full-body television experience is AMC’s “Breaking Bad,” the other series that takes adrenaline blasts as seriously as it does psychological acuity. But it has been a long time since I found myself celebrating meth-lord and megalomaniac Walter White’s good fortune. (Hiding my head under a pillow, now that’s another story.) I have no such reservations about cheering for the indefatigable, loony Carrie Mathison whose vindication cannot come soon enough, because unlike Walt and his charming, shithead ilk, she’s on the side of right.

It is the great irony of “Homeland” — and the source of its pure, pulpy pleasures — that it is simultaneously the TV drama most plugged into modern-day geopolitical realities and the one constructed along the most old-fashioned lines. In the age of the antihero, Carrie Mathison is an honest-to-god hero. Dedicated to keeping America safe, she is making TV safe for good guys in the process.

Carrie — who really deserves a swaggier name — is often mistaken for an antihero. She is deeply flawed, stubborn, reckless, self-righteous and occasionally unethical. As played by the uncannily excellent Danes, she is an amalgamation of perfectly communicated contradictions, heartbreakingly fragile and unyieldingly steely, unhinged and single-minded, a basket case and a genius. Last season, her instincts led her to violate Brody’s First Amendment rights by putting him under illegal surveillance. When that failed, she began sleeping with him. Flailing around for a way to bail herself out of trouble, she once hit on her mentor Saul Berenson (Mandy Patinkin), a breach of etiquette so profound it almost amounts to a violation of the incest taboo.

Yet despite all her bad behavior, Carrie does not belong in the exclusive and chic Crap Dudes Club alongside Walt, Don Draper, Tony Soprano or Stringer Bell, and it’s not just because she has a vagina. (Though, yes, there's that too.) Carrie is not a bad person we care about  in spite of her atrocious actions: She's a well-meaning person who sometimes makes mistakes. Carrie is dedicated to saving American citizens from gruesome deaths. That is her job and her passion. If she has crossed ethical lines — and she has, repeatedly — it has been to protect people, not to harm them. She’s a hero, flaws and all.

But heroism is complicated on “Homeland,” which is nothing if not sophisticated. This is a series predicated on an American war hero turning against the United States because of its amoral droning program: There is no white hats are good, black hats are bad level of simplicity at play here. Carrie is female, cerebral, unstable and often irrational, not exactly the typical description of an American badass. Brody, the righteous, principled, self-identified patriot — a guy so dashing he’s being asked to be vice president — is the one who is the traitor. On “Homeland,” the sympathetic terrorist looks like a hero, and the hero looks like a supporting character. (What are Don Draper’s exes but Carrie Mathisons without a calling or a chance?) Rooting for her is simultaneously easy and radical.

If there’s one sticking point with “Homeland’s” new season — and, for some, its first — it is plausibility. I’ll keep it vague, because if there is any show one should come to unspoiled, it’s “Homeland,” but in the second episode there are two major coincidences, one of which seemed wholly unnecessary to me. “Homeland” is about a conspiracy, but hopefully it does not succumb to being a conspiracy, relying on Dickensian plot turns when less dramatic ones would do.

And yet the most outlandish aspect of “Homeland” — that Brody and Carrie have not only slept together, but are maybe in an extremely twisted version of something like love — remains one of the show’s most exciting and moving qualities. (As if being a heart-stopping, ethically responsible thriller starring a singular character it's morally safe to love did not fire enough dopamine receptors, “Homeland” had to throw the most electric and perverse romantic dynamic on television into the mix as well.)

In Season 1, Brody and Carrie fell upon each other not just in some tawdry or manipulative way, but like lonely ghosts finally come upon someone who could see them. The crux of their relationship — as with so many in “Homeland”—  was recognition: They saw each other true. As the new season begins, Carrie is devastated as a person and a spy that her judgment about Brody could have been so wrong. Meanwhile, the only person in the whole world who knows Carrie is right about Brody being a terrorist — other than us— is Brody. How do you stay away from the person who sees you most clearly? I hope the answer is you can’t. My heart started beating faster just thinking about it.