Oregon farmer eaten by his pigs 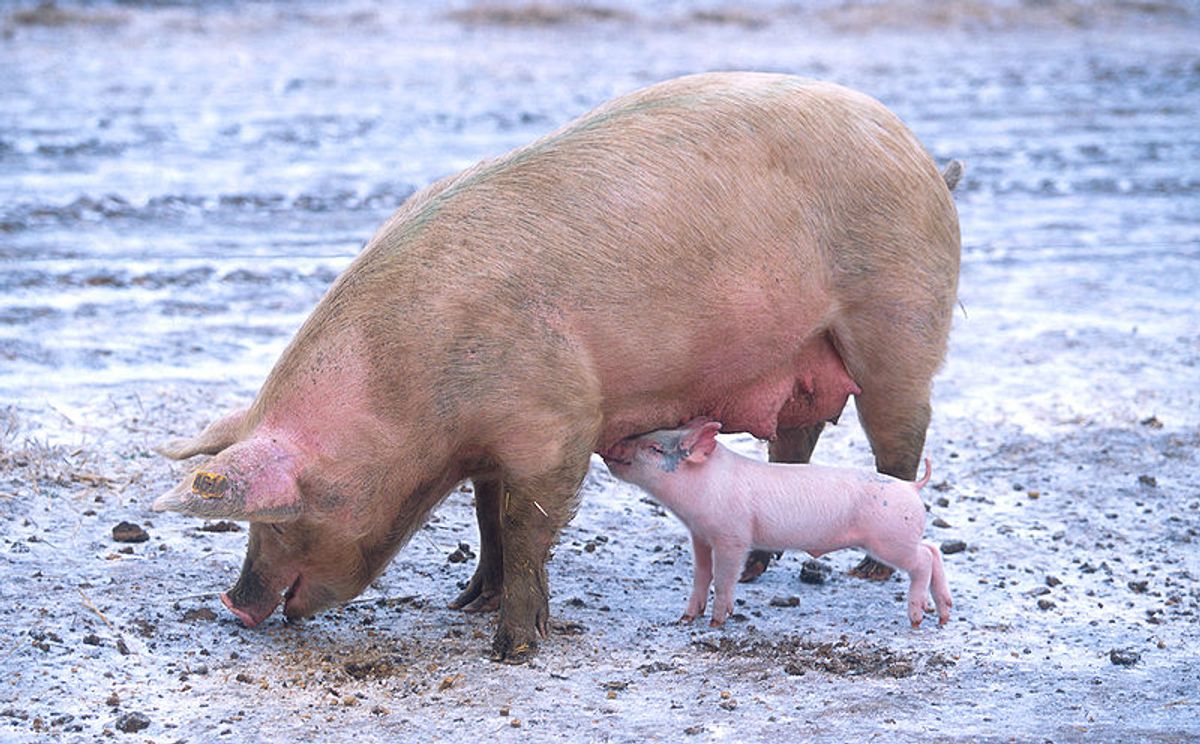 All that was found of Terry Vance Garner, 69, were his dentures and a few body parts scattered around his pig pen.

The Oregon farmer was consumed by the animals, although the cause of his death is unknown. The New York Daily News reports:

The Coos County Sheriff’s Office has a couple of theories on what occurred: Garner could have suffered a medical emergency, such as a heart attack, leaving him in “a position where the hogs could consume him,” according to a statement.

In another scenario, the swine — weighing about 700 pounds each — may have knocked Garner down, overwhelming him before killing him, authorities said.

Pigs are omnivorous creatures and have, on rare occasions, been known to eat people.