Many view it as a virtue, or even a joke, but a spate of recent studies suggest it should be taken seriously 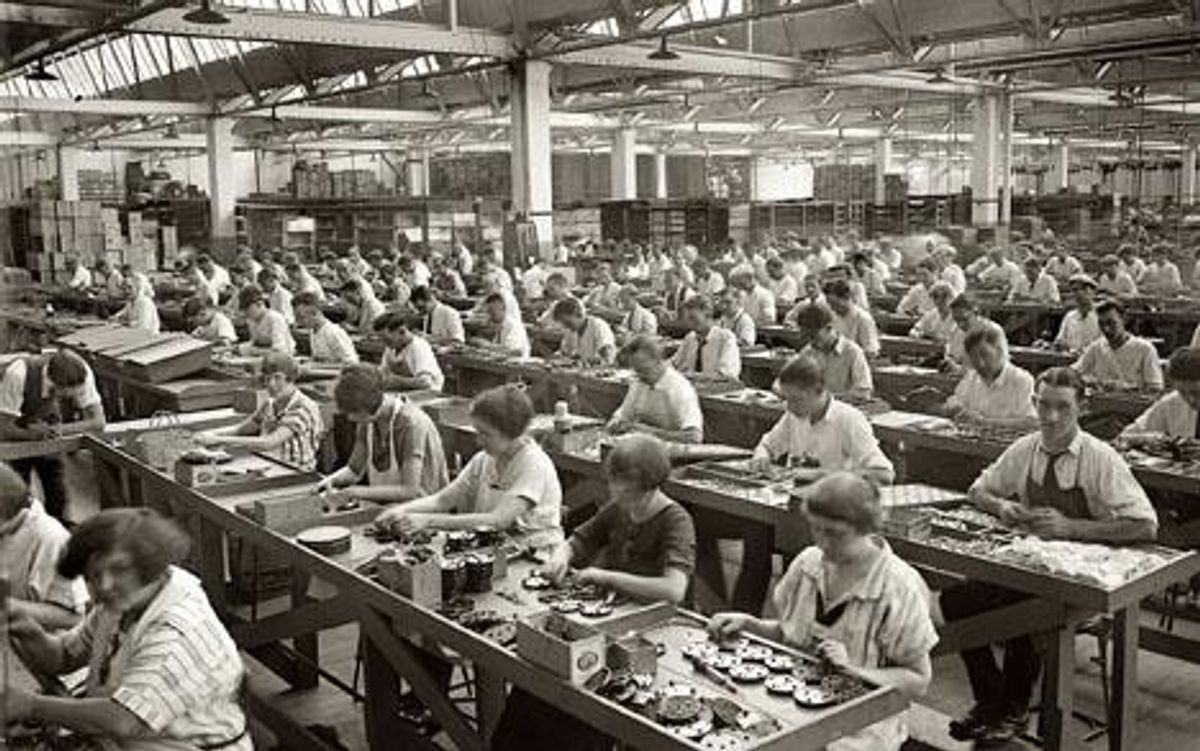 You're sitting at your desk, scrolling through the Alcoholics Anonymous website, when your boss walks up behind you. Not the best career move you'll ever make, perhaps.  But let's say you're looking at the Workaholics Anonymous site instead, the section about how even when you're not in the office you're still toiling away. What then? Does your boss give you a talking to, or does he give you a raise?

This rather glib question captures something important about how society views work addiction. Recently, a business strategy website published an article with the headline "Four Famous Workaholics (And The Secrets of Their Success)." It's hard to imagine any other addiction eliciting this kind of approach: "The Seven Habits of Highly Effective Junkies," say, or "The Sipping Point."

The fact is, people see workaholism in a different light from other dependencies. It's known as the "respectable addiction," but this doesn't quite capture the prevailing attitude toward the condition. Indeed, many balk at the idea that it is a condition. The Diagnostic and Statistical Manual of Mental Disorders—which lists caffeine as a dependency—doesn't even recognize work addiction. Workaholism is something Bill Gates has, and surely no one's going to suggest that this guy needs to go to a support group.

Support groups, nonetheless, exist. Founded in 1983, Workaholics Anonymous (or WA) currently has a little over a thousand members, and holds meetings around the world—Paris, Sydney, London, Reykjavík, Bangkok. Testimonials in its newsletter contain lines like "I was addicted to activity. How to grapple with this baffling malady?" Well, there's the requisite 12-step program, for one, and the equally familiar appeal to a higher power. But, again, WA must contend with the fact that many people don't view the malady as baffling so much as they do either virtuous or slightly comical.

"People don’t take this seriously—they either laugh at workaholics or dismiss them," says psychotherapist and "Chained to the Desk" author Bryan Robinson, who is widely recognized as being one of the world’s leading experts on workaholism. “The work ethic is an ingrained idea in our society. What’s wrong with working hard? Hard work got us to the Moon!” He goes on to call this attitude “the glorification of an illness.”

Things, however, may be about to change. This year, research institutes from around the world have released a slew of studies clarifying what work addiction is and how it affects the people who have it. In April, Norwegian and British researchers developed what they call "The Bergen Work Addiction Scale," a standardized list of criteria ("You spend much more time working than originally intended") aimed at helping people identify if they have an actual addiction rather than a tendency to work too much.

In March, meanwhile, Psychology Today cited recent research that outlines four basic types of work addict, namely (to paraphrase): The manic perfectionist, the stress junkie, the muddled multi-tasker, and the guy who never seems able to let a project go. An article in the same publication last year explored the narcissism and sundry neuroses that underlie the disease. Such categorizations may, on the surface, seem largely academic, but there is real-world aim here: namely to make people aware that they have an identifiable condition, and therefore make it more likely that they will seek help.

And it is becoming increasingly clear that workaholics do indeed need help. Researchers in New Zealand have found that people who work at least 50 hours a week are up to three times more likely to face alcohol problems. Earlier this month, the American Journal of Epidemiology reported on a global study showing that over-workers are between 40 and 80 percent more likely to suffer heart disease than others. The lead researcher of that study had previously found that middle-aged people working more than 55 hours a week tend to be disproportionately slow-witted, and to be more at risk for dementia.

"We’re beginning to look at work addiction from a cellular level now," says Robinson. “The workaholic operates on the fight-or-flight response, which leads to a drench of cortisol, norepinephrine, and adrenaline. It can lead to heart disease and heart attacks, diabetes, compromised immune systems, and gastro-intestinal problems. We know this, the studies are pouring out.”

To some extent, we don't need people in white coats to tell us this—we've all seen how people "unwind" after a long day at the office. We're aware, too, that over-workers tend to consume too much coffee, to be susceptible to stress and depression, to have broken marriages, to exercise infrequently, to get less sleep and eat more bad food, etc. More and more, there's research to back up the conventional wisdom, but the end result is what it's always been—ill health.

The Japanese have a word for this: "Karoshi," or death by work. Yet, according to figures from the International Labour Office, American workers put in more hours per year than their Japanese counterparts (1,792 hours compared to 1,771). A recent Expedia poll found that fewer than 40 percent of Americans use up their annual vacation time. The Organization for Economic Cooperation and Development reports that Americans are putting in 20 percent more hours than they were in 1970. Increasingly, 60-hour work weeks are becoming the norm.

What this spate of new studies is telling us, though, is that work addiction is a global problem rather than an American one. This month, researchers in Spain predicted that the percentage of work addicts in that country’s work force would rise from the current 4.6 percent to 11.8 percent in 2015. And this fact—given Spain's especially precarious economic position—may help us get to the root of the sudden interest in the issue.

If workaholism is the rise—and evidence suggests that it is—then we need to take a look at what role the global economic downturn has played in this. For sure, people are working longer hours to make additional income, and to make themselves indispensable enough that they skip the next round of redundancies, but can we make the leap from necessity and anxiety—or even obsession—to addiction?

This is one area where the research is a little thin, possibly because the question is philosophical rather than clinical. It could be argued that an upturn in over-work leads to an increase in usage—inasmuch as workaholism is said to have a chemical dependency side to it. As for the big psychological factor—what WA describes as "deriving our identity and self-esteem from what we do"—the ever-growing spectre of personal financial ruin, and the humiliation this entails, would seem to play into this.

Either way, to read the scientific papers making the rounds, and the hand-wringing media reportage they inspire, we are in the midst of an epidemic, surrounded on all sides by work junkies, harried, unhappy, smartphone-clutching individuals whose major arteries are just one company report away from exploding.

As always, though, there are dissenters. A study out of France last year proposed that workaholism "can be constructive, generating welcoming outcomes for individuals, organizations and societies." A recent British study found that clock-watchers are more susceptible to anxiety and apathy than those who throw themselves into their work. A professor in the Netherlands, meanwhile, has coined the term "engaged workaholic." If you love what you do, the Dutch professor argues, where's the harm in doing too much of it?

Which is something else you probably wouldn’t say about an alcoholic, drug addict or compulsive gambler.