"V/H/S": Is a horror renaissance on the way? 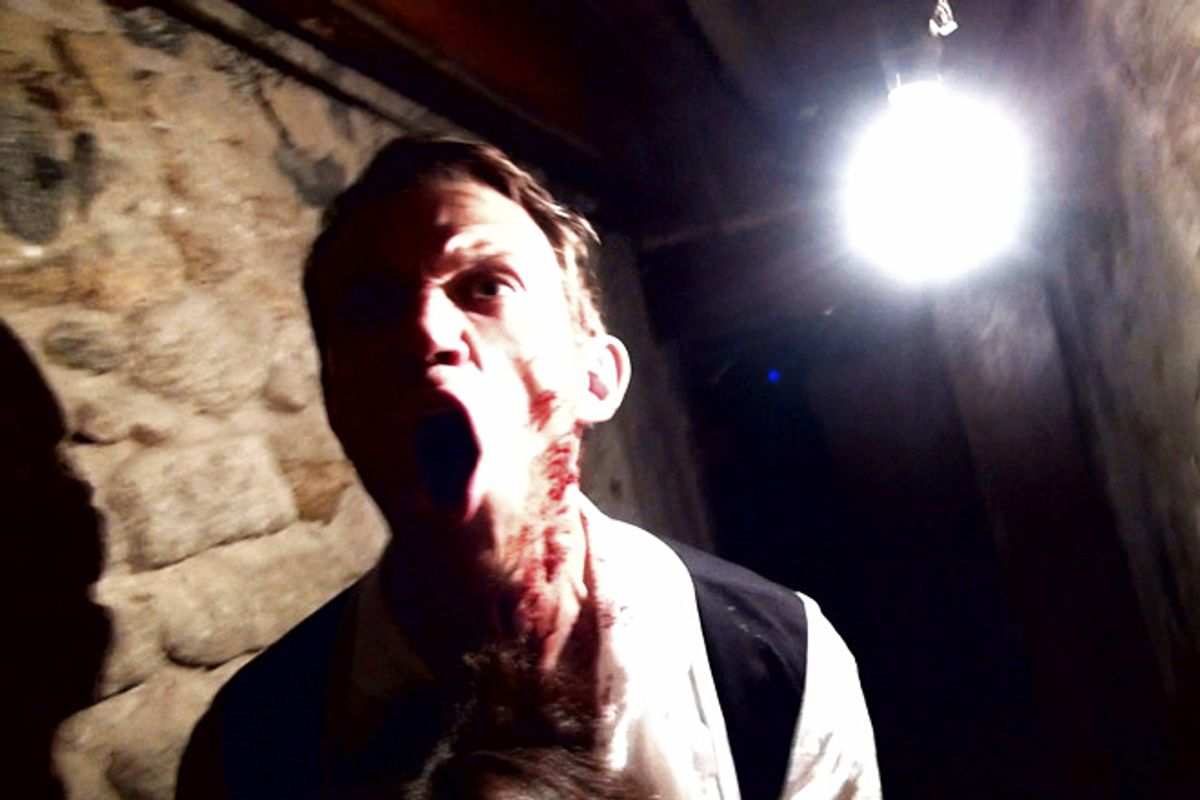 I’ve gotten a whole range of responses to my post last week about the perceived death of what used to be called film culture, from polite debate to respectful disagreement to straw-man arguments full of sweeping conclusions about my obvious hatred for America and wholesome entertainment and other things that are awesome. It’s been a blast. Quite a few of those responses, both pro and con, have correctly identified the greatest weaknesses in my argument, most notably the fact that I focus too much on a particular version of 1960s and ’70s New York–centric art-film snobbery – I was talking about the New York Film Festival, after all – and hardly at all on subsequent history or on a more mainstream, Hollywood-centric version of film culture.

One thing I brought up in that piece, but didn’t discuss at all, was the fact that as old-school film culture fragmented into “media culture,” the world of genre movies – meaning horror, fantasy, and science fiction, mainly – inherited much of the mojo. It’s no longer quite accurate to call that realm a subculture; it’s more like a cadre of enthusiasts within the dominant current of pop culture. Several people chastised me for not mentioning the explosive growth of Fantastic Fest in Austin, Texas (which has begun to expand well beyond its genre-flavored roots), or Harry Knowles and his eyeball-melting site Ain’t It Cool News, who are clearly pivotal to any understanding of this cultural transformation.

Those are all somewhat valid points, although I actually think they illustrate the nichey and diffuse quality of contemporary film culture – and contemporary culture, period — rather than demonstrating that it has a new center. (If there is going to be a new center for film culture, I’m definitely in favor of moving it from the coasts to Austin.) One could certainly argue that Fantastic Fest has had more cultural relevance than, say, Sundance for the last few years, and one would be right. But on a larger scale, that’s really missing the point. Lots of the same people (and the same movies) will go to both places, and almost nothing that happens at either festival will ever be noticed by people who aren’t dyed-in-the-wool movie nerds. I don’t know whether that’s good or bad, and I'm honest-to-Pete not bemoaning some lost paradise of martinis, miniskirts, and pipe-smoking, where we all sat around with Hugh Hefner and pretended that we understood Godard.

Consider the arrival in theaters this week of “V/H/S,” a horror anthology that, on one hand, offers a half-brilliant counterargument to my entire premise and, on the other, is likely to go almost unnoticed in the larger cultural sphere. (I would enjoy being proven wrong about that.) Built around an impossibly elaborate found-footage conceit and shot entirely in point-of-view video (it’s almost a parody of the found-footage meme in horror movies), “V/H/S” has been sparking debate and controversy – and packing midnight screenings at numerous festivals – ever since its debut at Sundance in January. It’s getting a surprisingly broad theatrical release, considering that it’s a niche product without even B-minus stars that’s been available on VOD for more than a month. That in itself speaks to how rapidly the paradigm for what a movie is and how it reaches you is shifting.

I’m not sure “V/H/S” is brilliant cinema or anything – indeed, I’m not sure it’s appropriate to call it cinema at all – but it sure is an ingenious hybrid: part Godardian art film, part abstract video experiment, part sleazy shocker, and all self-castigating interrogation of what film-theory types call the “male gaze.” In the framing segments shot by Adam Wingard, a trio of debauched lowlifes, who earn money by videotaping themselves assaulting women and then sell the footage on some “reality porn” black market, convince themselves to break into a remote house in search of some prehistoric and supposedly valuable VHS tape. What’s on it, and why would anyone want it so badly? Or do invisible feminazis simply want to get these idiots alone and wreak revenge on them?

That would be telling, but Wingard and the directors of the film’s internal segments – David Bruckner, Ti West, Glenn McQuaid, Joe Swanberg, and the online collective known as Radio Silence – pull several neat twists of an ancient horror formula, in which a movie’s characters are punished for the desires they share with the audience. The lecherous, brainless vandals in Wingard’s wrap-around are like the worst stereotype of what someone who’d want to watch “V/H/S” might be like, and what they encounter once they start watching the contraband videotapes is like a vision of their coming judgment in hell.

There are a few good shocks in “V/H/S,” but they largely depend on disorientation and misdirection, both in terms of the stories and the chaotic, consumer-video storytelling. Most of the gore is brief and extremely low-tech. In Bruckner’s segment, a posse of losers highly similar to the ones hunting the tape pick entirely the wrong Goth girl to bring back to their motel room for group sex; that’s the one that pushes the possibilities of this form to the utmost, both as horror and as satire. If West’s segment is a rather routine hitchhiker fable with a sting in its tail, Swanberg’s Skype conversation between two long-distance lovers – the woman thinks she has ghosts in her apartment, but her boyfriend (played by Swanberg) is the one who’s really haunting her – is smart and devious. The Radio Silence short, in which a fake haunted house turns out to be real, uses the lo-res video format to its advantage: Did I really see that? Is that supposed to be there?

If “V/H/S” signals a spirit of collaboration and a zone of overlap between micro-indie drama and low-budget horror, that’s an awesome development but one that’s been building for years. (I’m thinking in particular of the nexus surrounding New York producer and director Larry Fessenden, but one might add that David Cronenberg made experimental films before he made horror movies.) There’s clearly an enthusiastic audience for something that’s this deliberately challenging and (at times) hard to watch, which can no longer be said for 90 percent of so-called serious independent drama. Does that audience go beyond the Fantastic Fest-Alamo Drafthouse-Harry Knowles realm, and does that matter? All I know is that it’s useless to claim that something like “V/H/S” would have been bigger or more influential or whatever in some other era, because it’s in every way a product of this one.