The morning after the debate, PBS finds itself both the cause and the scapegoat 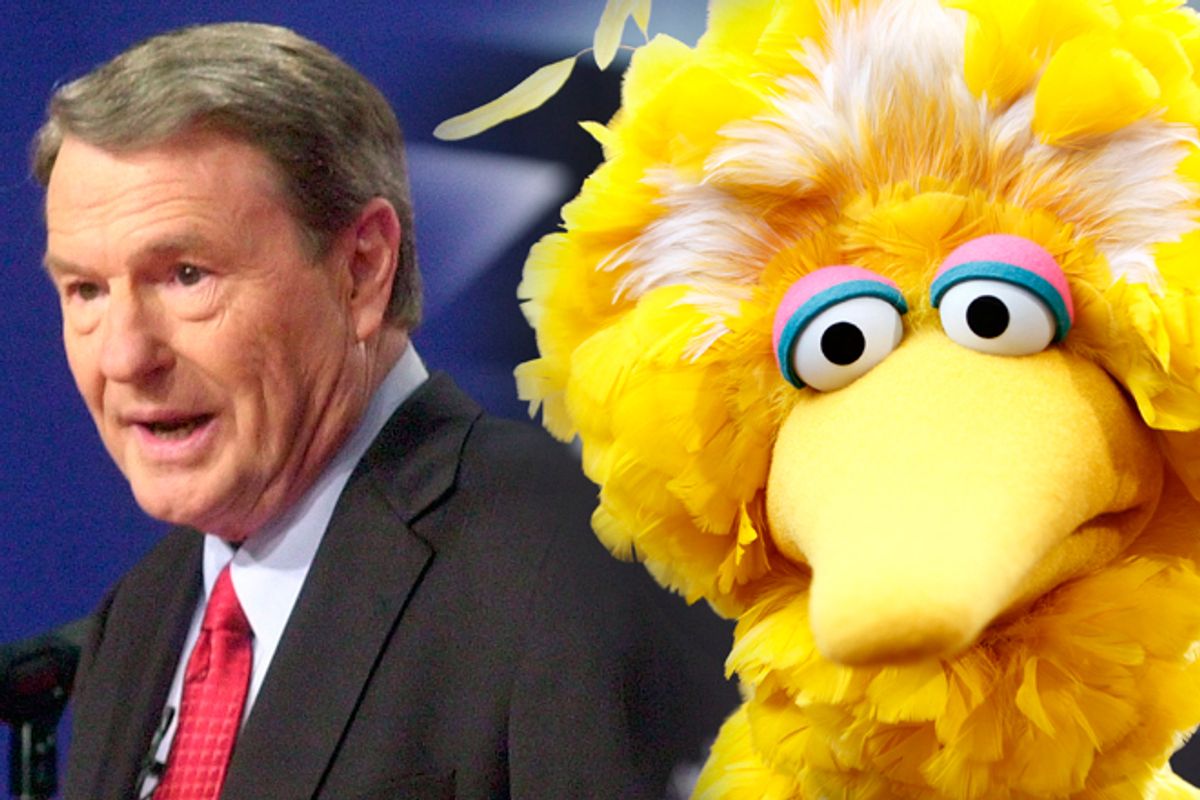 One of the more schizophrenic outcomes of last night’s Obama-Romney debate, and the insta-panic Obama’s poor performance has fomented among liberals, has to do with PBS. The morning after, the Public Broadcasting System finds itself both scapegoat and call to arms, with liberals simultaneously dissing moderator Jim Lehrer and embracing the ever-adorable Big Bird.

On MSNBC last night, after the debate had wrapped, Rachel Maddow refrained from naming a “winner” (her colleagues would not be so polite — or is it partisan?) but did say she thought Jim Lehrer, elder (and elderly) statesman of PBS, had officially put the nail in the coffin of this particular debate format. By near universal assessment, Lehrer did a bad job, but Maddow was spinning, taking the focus off Obama and putting it on Lehrer with a bit of blame-shifting. As Frank Rich wrote on Twitter last night, “Lehrer can't be blamed for Obama's failings. His own were dreadful enough.” But Lehrer is still shouldering some of the criticism for a less-than-stellar-for-the-Democrats debate.

Yet while Lehrer and the brand he represents, PBS, are taking heat, Big Bird and the brand he represents, PBS, are the night's breakout cause. When Romney explained that he plans to cut funding to all non-essential programs, he said — to Lehrer — "I'm sorry, Jim. I'm gonna stop the subsidy to PBS. I'm gonna stop other things. I like PBS. I like Big Bird. I actually like you, too." Within minutes, Big Bird had his own Twitter account and was trending. As of this morning he has his own "Hope" poster. Romney will hurt Big Bird — Obama will not.

PBS may have been put on a bad debate with a moderator, Lehrer, who let himself be bossed around by a crusading Romney, but PBS is also home to Big Bird, whom Romney threatened to heartlessly impoverish. Things around the PBS offices this morning must be feeling awfully whiplash, what with all the bad PBS! Good PBS! talking points flying around.