The president's never been much of a pugilist, but he needs to find a way to be more aggressive in the next debate 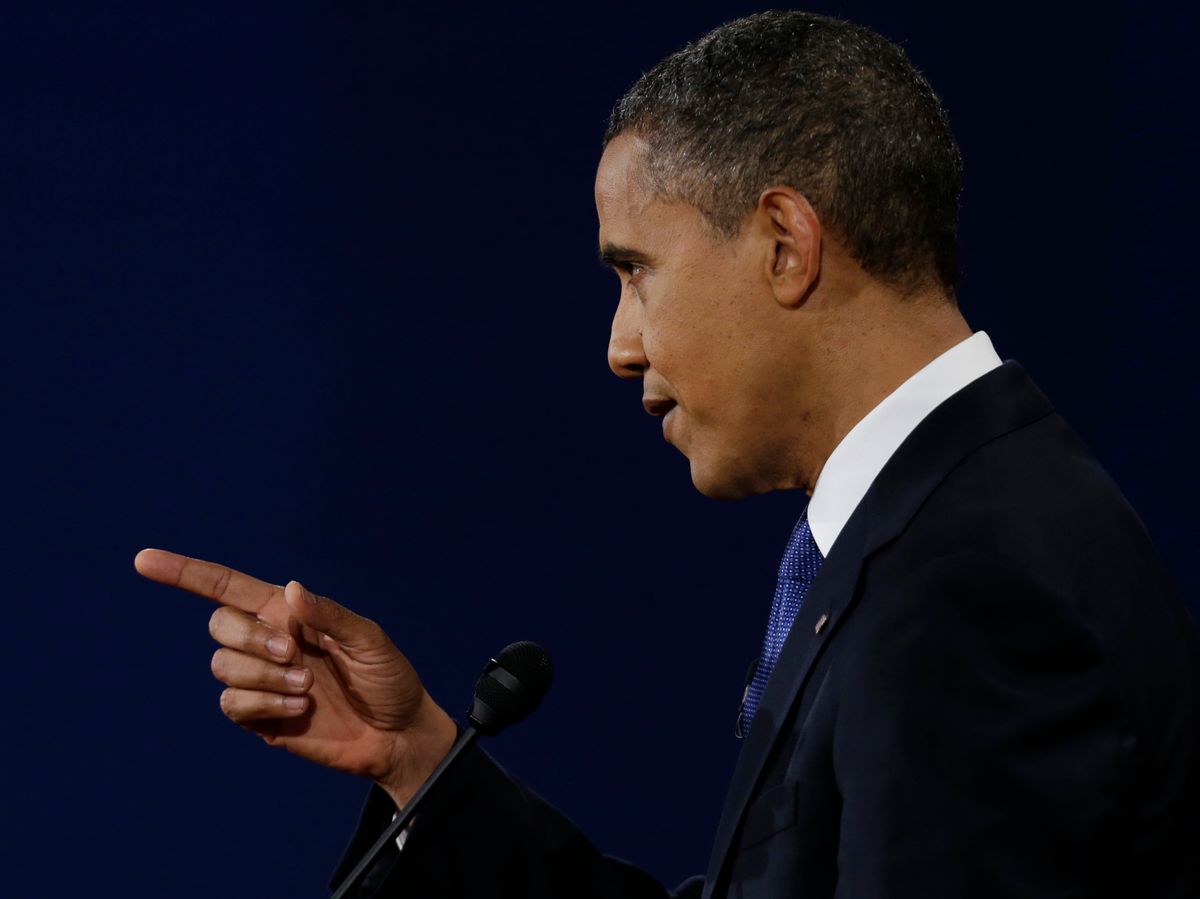 In Wednesday night’s debate, Romney won on style while Obama won on substance. Romney sounded as if he had conviction, which means he’s either convinced himself that the lies he tells are true or he’s a fabulous actor.

But what struck me most was how much Obama allowed Romney to get away with: Five times Romney accused Obama of raiding Medicare of $716 billion, which is a complete fabrication. Obama never mentioned the regressiveness of Romney’s budget plan — awarding the rich and hurting the middle class and the poor. He never mentioned Bain Capital, or Romney’s 47 percent talk, or Romney’s “carried-interest” tax loophole. Obama allowed Romney to talk about replacing Dodd-Frank and the Affordable Care Act without demanding that Romney be specific about what he’d replace and why. And so on.

I’ve been worried about Obama’s poor debate performance for some time now. He was terrible in the 2008 primary debates, for example. Expectations are always high — he’s known as an eloquent orator. But when he has to think on his feet and punch back, he’s not nearly as confident or assured as he is when he is giving a speech or explaining a large problem and its solution. He is an educator, not a pugilist, and this puts him at a disadvantage in any debate.

Romney stayed on script. If you look at a transcript of his remarks you’ll see that he repeated the same lines almost word for word in different contexts. He has memorized a bunch of lines, and practiced delivering them. The overall effect is to make him seem assured and even passionate about his position. He said over and over that he cares about jobs, about small businesses, and ordinary Americans. But his policies and his record at Bain tell a very different story.

The question now is whether Team Obama understands that our President must be more aggressive and commanding in the next two debates — and be unafraid to respectfully pin Romney to the floor.