Polanski's victim is not a "sex scandal teen" 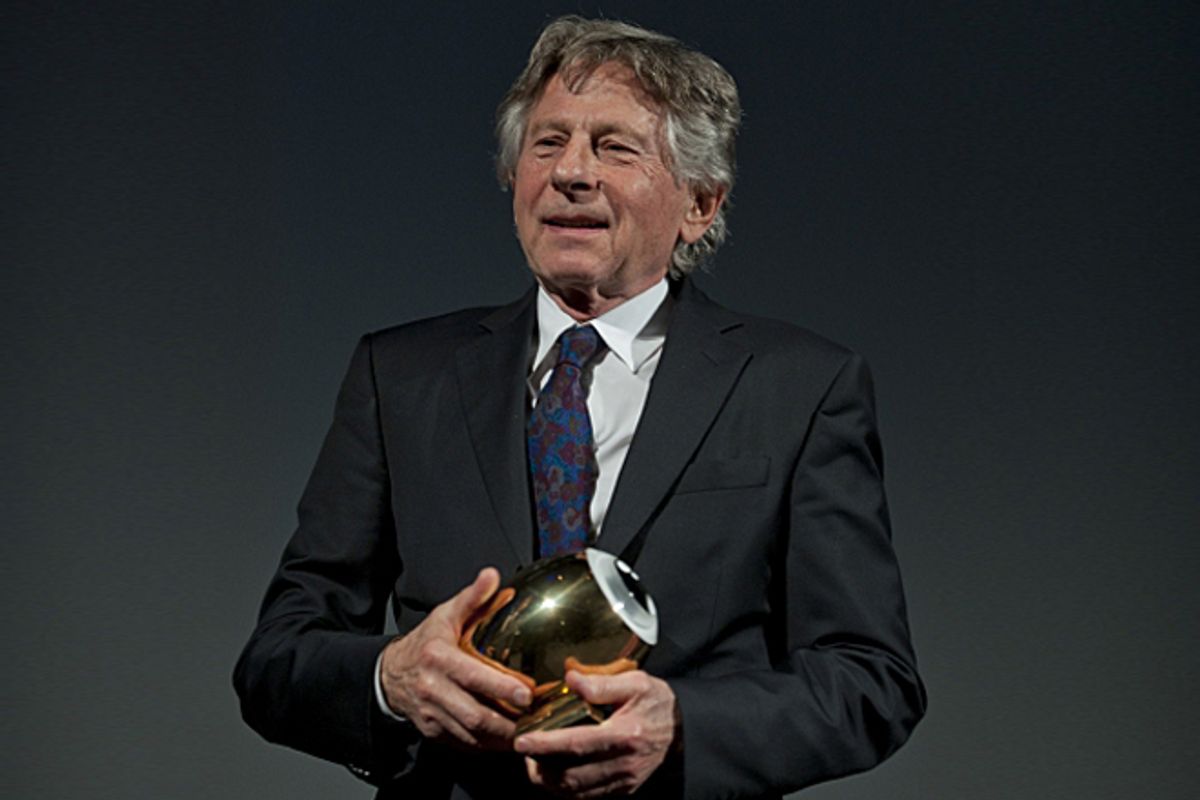 Samantha Geimer isn't a famous author like J.K. Rowling or a star like Lena Dunham. Yet the news Tuesday that the 47-year-old had signed a deal with Simon & Schuster's Atria imprint made headlines around the world. Headlines like the Associated Press's helpful explanation: "Former teen who had sex with Polanski writing book." Headlines like Digital Spy's eager announcement: "Roman Polanski sex scandal teen to write tell-all book." Stories like EW's, about "the former teenager who was at the center of the Roman Polanski sex scandal." I have that say, this is news indeed. Because were you aware that when a 43-year-old man has been accused of plying a 13-year-old girl with drugs and alcohol and then sodomizing her, and then fleeing the country for 35 years, that it definitely a story about a teenager having sex? Not rape. Not molestation. Not abuse.

Well, bust out a flying star, because that's a total "more you know" moment right there.

It's astonishing that we have to keep saying this every couple of years, most recently back in 2009 when the Academy Award–winning director was arrested in Switzerland, but here it is again. It means exactly squat that he's a great artist. Ditto that a lot of time has passed. As Kate Harding eloquently laid it out here in Salon a few years ago, "Roman Polanski raped a child."

Samantha Geimer was 13 years old when she had her fateful encounter with Polanski in 1977. The California age of consent at the time was 16. We could stop right there and say this therefore is not a "teen sex" story; this is a story with an absence of consent, and we could wrap it for the day and be done with this ridiculous, tawdry, false narrative. But let's press on.

Let's note that according to the grand jury testimony, Geimer wasn't some coy Lolita in all of this, looking to hang Polanski out to dry on the age technicality. Go read the police officer's account of the vaginal and anal slides taken of Geimer, the narcotics analyst's description of the Quaaludes found at the scene, read about the semen on her clothes. Read her account of how Polanski took topless photos of her. Gave her Champagne. Split a Quaalude with her. Read how she said, "I was ready to cry … I was going, 'No. Come on. Stop it.' But I was afraid." Read how she says he had intercourse with her, demanding to know if she was on the pill, and how when she said she wasn't, he told her, "Oh, I won't come inside you then," and then he sodomized her. Read how, when asked in her testimony if she "resisted," the then-13-year-old replied, "A little bit, but not really because … because I was afraid of him." And then when you're finished taking all of that in, I'll come back and remind you that the man pleaded guilty to unlawful sex with a minor. He pleaded guilty. Now, who'd like to go back and take a crack at rewriting some headlines?

Geimer has never fit the popular profile of what we like to call these days a "legitimate rape" victim. And Polanski, with his tragic past and impeccable filmmaking pedigree, doesn't fit comfortably into the role of sex offender. Geimer is now a mother who has spent her life being periodically deluged with reporters outside her house, with invasions into the privacy of her children, and dealing with what her lawyers describe as the "understandable displeasure of her employer" over the continuing scrutiny into her life. She has long pleaded for the charges against Polanski to be dropped so she could attain her own measure of closure — a move regarded in many circles as something a real victim wouldn't do, a female who isn't, as the late Gore Vidal called her, a "young hooker." Yet in her 2009 court filing, she asked, "This statement makes one more demand, one more request, one more plea: Leave her alone."

Now, her publisher says she says that she hopes her memoir, "The Girl: Emerging From the Shadow of Roman Polanski," will offer "insight into many dimensions of the story." She said in a statement, "I am more than 'Sex Victim Girl,' a tag the media pinned on me. My friends in junior high, scolded by their parents to stay away from that girl, also labeled me. I offer my story now without rage, but with purpose — to share a tale that in its detail will reclaim my identity … I am not a stick figure. I know what it is like to be a woman and a victim in the realest possible way." She's likely to have her hands full on that mission, considering that Reuters has already snarked that the title is "not-at-all-creepy," suggesting it'll appeal to those "looking to freshen up on Roman Polanski's lurid sex life." So let's keep hammering at this point till someone pays attention: Tiger Woods has a lurid sex life. People who plead guilty to crimes have criminal lives.

If you want to get it right, consider how now, at the exact same time Geimer is still being referred to as that teenager who had sex with that acclaimed director, the widening horror show of revelations about the British D.J. and television presenter Jimmy Savile is being reported. Behold the words "predatory sex offender" regarding Savile and the current eight formal criminal allegations against him, "two of rape and six of indecent assault, involving girls aged between 13 and 16." Note how the victims who've come forward have been called "brave" in the British press. True, Savile's case is far more wide-ranging, but isn't it refreshing, here in the 21st century, to see the acknowledgment that when a grown man is accused of forcing himself on underage girls that it's not some titillating teen sex scandal? That it's instead a monstrous crime?