Pick of the week: "Argo" is an outrageous, but mostly faithful portrait of smuggling American hostages out of Iran 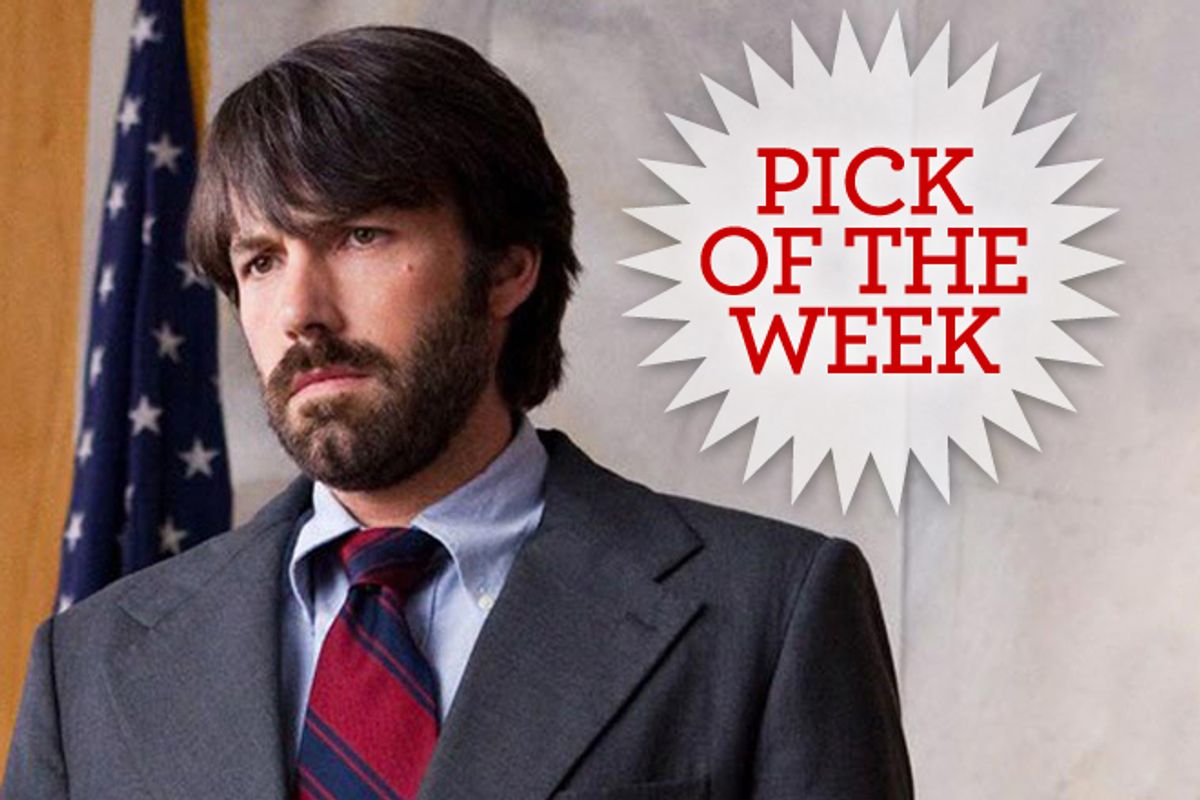 If you, like me, are old enough to remember exactly how and why Ted Koppel became a media celebrity, then Ben Affleck’s propulsive, claustrophobic period thriller “Argo” may induce a severe case of the hot-cold whim-whams. Affleck himself was barely a Boston schoolkid when Iranian radicals stormed the United States embassy in Tehran during the winter of 1979, leading to the now-infamous hostage crisis that lasted more than 400 days and decisively torpedoed Jimmy Carter’s presidency. However one feels about the larger geopolitical context for those events – and that story is longer than the most tortuous Russian novel – that was a moment of profound humiliation for America and its perceived place in the world, a moment when it appeared highly plausible we were losing the Cold War.

Affleck’s working with a terrific script by Chris Terrio (based on a magazine article by Joshuah Bearman) that captures a surprising amount of the political and cultural nuances of that era, from the atrocious fashions to the cigarette smoke and the pervasive mood of apocalypse. “Argo” offers another entry in the cinematic history of that crazy alternate political reality known as the 1970s, along with Olivier Assayas’s tremendous terrorist soap opera “Carlos,” Uli Edel’s Oscar-nominated “Baader Meinhof Complex” and Paul Schrader’s severely underrated “Patty Hearst.” In this case, we’re dealing with a little-known but mostly true fragment of history designed to make Americans feel better about themselves and the CIA look like good guys, which is a neat trick under the circumstances.

I’m not saying Affleck indulges in any flag-waving here, because in fact the political material in "Argo" is handled with considerable subtlety; don’t leave before the final credits, because the film has an unexpected and highly affecting coda provided by a real-life politician of the period. He himself plays a hirsute, low-affect guy named Tony Mendez, a CIA “exfiltration” expert who serves as the movie's improbable hero, in a subdued and unobtrusive performance that suits the movie well. This is an immense improvement, to my taste, over Affleck’s hambone stud muffin turn in “The Town,” which curdled an otherwise capable crime-romance. “Argo” spins the wild tale of how Mendez crafted a crack-brained cover story about a sub–“Star Wars” science-fiction film to rescue six Americans who had escaped from the embassy and hidden out for months in the Canadian ambassador’s house. Furthermore, only a handful of people involved knew about this at the time; when the six Americans got out of Tehran in 1980 the Canadian foreign ministry got credit for the whole thing, and it wasn’t until Bill Clinton declassified the records in the late ‘90s that the story of Mendez and his nonexistent movie came out.

Affleck uses newsreel footage from the period very sparingly, relying on a location shoot in Istanbul and immensely detailed production design to capture the physical and ideological chaos of the Iranian capital just after the fall of the Shah, when devout Shiite students aligned with the Ayatollah Khomeini feuded for power with more moderate forces in the parliamentary government. When the embassy was seized, no one knew what might happen. With alleged counterrevolutionaries being shot in the street or hanged from construction cranes, it seemed entirely plausible that the zealots holding the American embassy might subject the hostages to public trial and execution, with or without the say-so of their superiors. After the Canadians got word out that six Americans had successfully fled the embassy, finding a way to extract them safely became a crucially important face-saving mission.

As Mendez and a crusty superior (played by the ubiquitous Bryan Cranston) explain to Secretary of State Cyrus Vance (Bob Gunton), creating an elaborate cover story that turned the six stowaways into a Canadian film crew scouting locations for a crappy outer-space adventure was the “least bad idea” they could come up with. Other CIA officials had much worse ones, such as sneaking bicycles to the American escapees and encouraging them to two-wheel it to the Turkish border — across 300 mountainous miles, in the middle of winter. Other cover stories that came up — a group of teachers from an English-language school, or do-gooder agricultural activists — foundered on the self-evident fact that all such people had been pulled out of Iran months earlier. The Hollywood ruse had the advantage of being outlandish, and hence believable. As Mendez observes, everyone knows that movie people would shoot in Stalingrad, with Pol Pot directing, if they thought it would sell tickets.

It wouldn’t be fair to say too much about how Mendez pulls off his outrageous scam, except to add that Affleck gets marvelous supporting turns from Alan Arkin and John Goodman, as a pair of old-line Hollywood pros tasked with the job of making the knockoff “Star Wars” project — a multiply-rejected script that existed in the real world, and was indeed entitled “Argo” — look to the entire movie world like something that was really or probably happening. Affleck makes a quantum leap as a director here, which may be another way of saying that he has terrific collaborators, including cinematographer Rodrigo Prieto and editor William Goldenberg. Tension, humor and drama are built up masterfully, sometimes by artfully cutting back and forth between competing visions of the theater of the absurd: A Hollywood staged reading of “Argo,” complete with costumes; the students in the Tehran embassy, reading endless anti-American diatribes; the crazy-making hothouse atmosphere inside the house of the long-suffering Canadian ambassador, Ken Taylor (Victor Garber, an actor who’s like an oasis of calm every time you see him).

Getting Tony Mendez into Iran on a fake passport was child’s play — he was a CIA agent, after all — compared to what had to happen next. With only a day or two to prepare, he had to take a youngish group of American diplomats, paralyzed by inactivity and terrified for their lives, and turn them into a Canadian B-movie crew, who didn’t know or care anything about politics and were only interested in Tehran as an exotic backdrop for action scenes. It certainly wasn’t his job to reflect on the multiple ironies of this situation or on the longer-term political significance of his actions. To Ben Affleck’s credit, he’s made a terrific, pulse-elevating thriller that will leave the audience cheering, and also something more than that. With America’s tormented relationship with Iran back on the global front burner, “Argo” is also a crafty, reflective mood piece that will leave you thinking about the resounding echoes of that tormented and not-so-distant era.