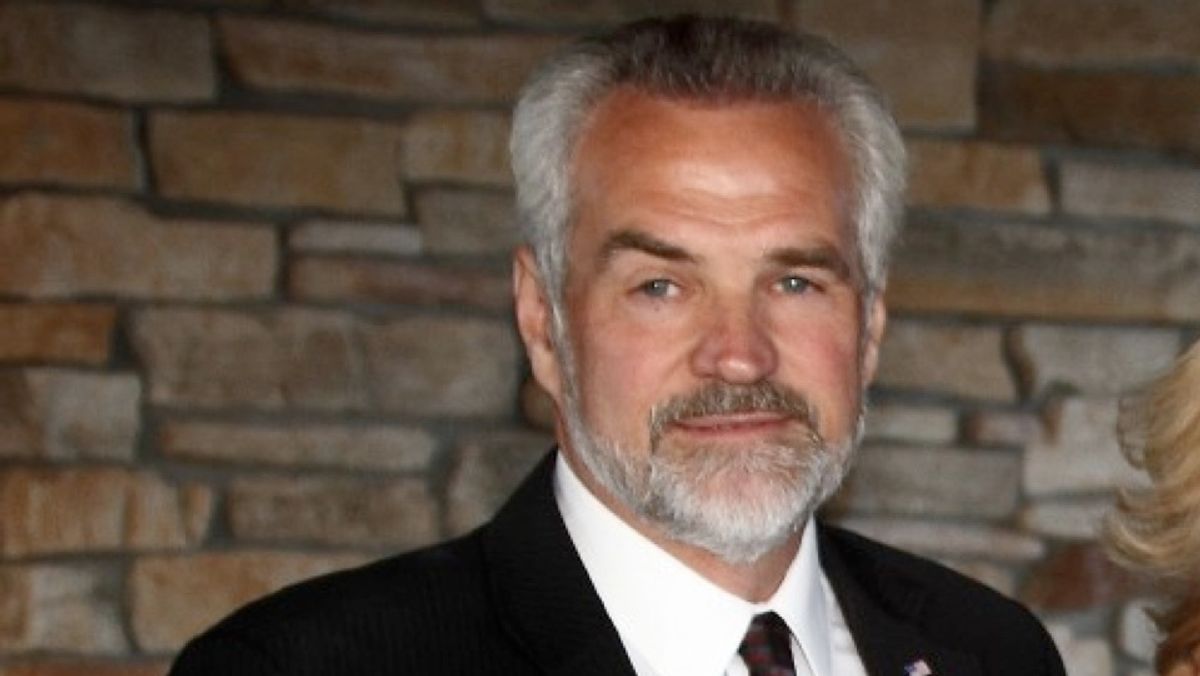 If you were hoping to wake up one morning and not have to unlock some new, yet unplumbed level of disgust within the core of your being for our conservative friends, sorry, but today's not looking so good. Ladies and gentlemen, grab your antiemetics, position your face in your palm, and say hello to Roger Rivard.

Back in December, the Wisconsin state representative had a few thoughts about a controversial high school sexual assault case and the questions about whether the 14-year-old girl at the center of it had in fact consented to sex. At the time, he dryly observed to the Chetek Alert that "If it's rape, it's rape. If it's not, it's not," adding that his father long ago warned him: "Some girls rape easy." Because apparently the Rivard men are as enlightened about sexual assault as they are about grammar.

Rivard's remarks went relatively unremarked upon at the time, but with the election mere weeks away now, the poor misunderstood 60-year-old white male has felt the need to clarify. Speaking to the Journal Sentinel Wednesday, he insisted his quote was misunderstood and explained that his father "told me one thing, 'If you do [have premarital sex], just remember, consensual sex can turn into rape in an awful hurry. Because all of a sudden a young lady gets pregnant and the parents are madder than a wet hen and she's not going to say, "Oh, yeah, I was part of the program." All that she has to say or the parents have to say is it was rape because she's underage.' And he just said, 'Remember, Roger, if you go down that road, some girls,' he said, 'they rape so easy.' What the whole genesis of it was, it was advice to me, telling me, 'If you're going to go down that road, you may have consensual sex that night and then the next morning it may be rape.' So the way he said it was, 'Just remember, Roger, some girls, they rape so easy. It may be rape the next morning.' So it's been kind of taken out of context."

OK. Wow. Thanks for clearing that up. Now we can all agree that Roger Rivard is not just a massive troll but a pretty rambling, repetitive one to boot? Can we recruit Todd Akin to give this guy some sensitivity training?

Whatever Rivard's opinion on the specifics of the Chetek incident — which, let's hasten to add here, he knows zero about — it takes some serious stones for a public figure to use a sexual assault case as a jumping off point for an anecdote about how your old pappy used to tell you what scheming, lying, rape-crying little whores underage girls are. Have I said wow? Because, again, wow. Every word of Rivard's diatribe is a tiny grenade of misogyny, but I think the best part is "all of a sudden a young lady gets pregnant … and she's not going to say, 'Oh, yeah, I was part of the program.' All that she has to say or the parents have to say is it was rape because she's underage." Yeah, that's just how girls roll, you know, telling people they were raped whenever they get pregnant.

You've got to give Rivard a modicum of credit for one thing: He's got petard to spare and he knows how to hoist himself by it. Three hours after speaking with the Journal Sentinel he must have been watching Jon Favreau in "Swingers" again for inspiration, because he decided to go back and clarify his clarification. Or, more likely, someone from his office tied him to a chair, stuffed a sock in his mouth, and tried to bang out a statement on his behalf that wouldn't completely reek of sexist BS. "Sexual assault is a crime that unfortunately is misunderstood and my comments have the potential to be misunderstood as well," it read. "Rape is a horrible act of violence. Sexual assault unfortunately often goes unreported to police. I have four daughters and three granddaughters and I understand the importance of making sure that awareness of this crime is taken very seriously." I totally believe the man who 180 minutes earlier was reminiscing about how dad used to warn him that "you may have consensual sex that night and then the next morning it may be rape" wrote that all by himself, don't you?

Rivard's blatantly hateful remarks can now be added to the pantheon of recent clue-free commentary on women, conception and sexual assault along with Todd Akin's "legitimate rape" and Steve King's bogglement over the possibility of a young girl getting pregnant from rape or incest. Sure, these dudes are not exactly playing to the pregnant eighth-grade rape victim demographic, but what's terrifying is that these men are elected officials, a reality that makes me want to deploy every Anglo-Saxonism in the Chris Kluwe dictionary. They can arrogantly mouth off about what constitutes sexual assault, second-guessing the claims of women and accusing them of deceit — and get elected for it. This is what rape culture looks like. And it's what's running again for public office.