Whittaker Chambers relative: Farm need not be open to public

Chambers' grandson suggests the author of a new book never visited the family farm; the historian confirms he did 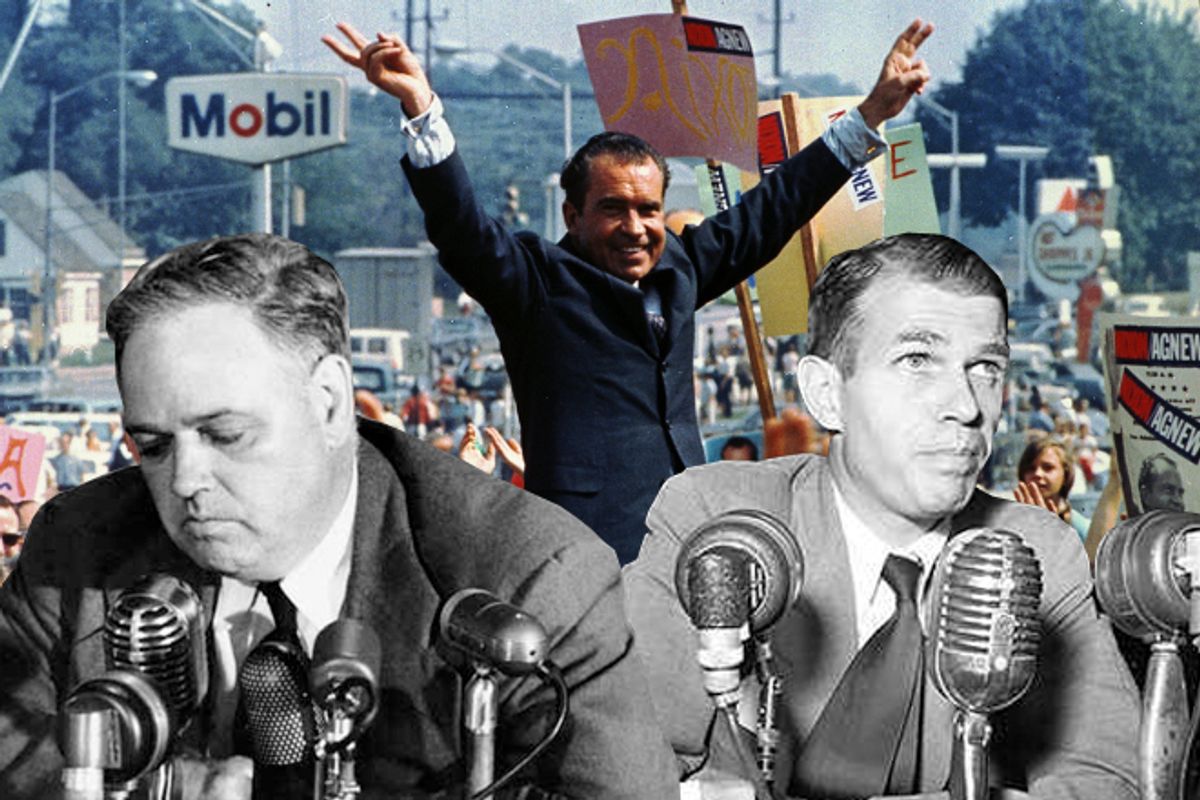 Dr. Jon Wiener needs to set some facts straight, at least in the excerpt from his new book, just published by Salon ("A visit to the right’s least popular museum").

First, the Whittaker Chambers Farm is no museum. In fact is neither a requirement nor even an implication that a property designated as a National Historic Landmark need open to the public at all. In "Protecting America: Cold War Defensive Sites (A National Historical Landmark Theme Study)," dated October 2011, the NPS clearly holds the Whittaker Chambers Farm "private property, not open to the public." Further, Whittaker Chambers (my grandfather) never claimed his farm meant much to the outside world. He described it as "a few hundred acres of dirt, some clusters of old barns and outbuildings… a few beeves and hogs or a flock of sheep." ("Witness," p. 517). It hasn't changed much over the years.

Second, Dr. Wiener either visited under cover, through a third person — or not at all. He claims that he saw only horses "where the landmark was supposed to be." He must have come to the wrong place: we have never owned or housed horses. According to John Chambers (my father), who lives and works on the Farm, Dr. Wiener never called on him.

Third, Dr. Wiener did call on me — twice last year, in fact. This is our correspondence:

Received: 08:56 PM EDT, 05/09/2011
For a book on cold war memory I am looking for a photo of President Reagan awarding the Presidential Medal of Freedom posthumously to Whittaker Chambers. Can you provide one, or can you help me find one? (the link at your web site doesn't work any more.)
many thanks!
Jon Wiener

Received: 09:08 PM EDT, 05/09/2011
Jon,
Before I make such effort, could you please offer more introduction. You might start with who are you, whom are you working for, what is the book, etc.
David

Speaking of naming names, I also see that you are a long-time contributor to The Nation magazine, home of one of Alger Hiss' longest defenders, Victor Navasky. In which case, you will please pardon me if I ask what and how (specifically and exactly) you would use any materials I might provide you in your forthcoming book? A good place to start might be how you summarize the Hiss Case. Given the courses you teach currently, perhaps you have something already written handy.
Respectfully - David

The John Lennon ruse had not worked. Between his first and second emails, I had looked Dr. Wiener up. John Lennon was not his interest here — Alger Hiss and Whittaker Chambers were. He stopped communicating immediately.

When it comes to the Hiss Case, Dr. Wiener rehashes old narratives. There are standard references to "forgery by typewriter" — as usual, too, glossing over notes written by the hand of Alger Hiss (and Harry Dexter White). There are a number of factual discrepancies — off-putting, coming from a Nation writer. For years, The Nation has made much of the shortcomings of Whittaker Chambers's memory (even if he did first testify 10-plus years after events). When showing reporters how he had removed microfilm from a pumpkin on the Farm, Chambers said nothing about how the film "showed that Alger Hiss, a pillar of the New Deal, had been a Soviet spy." Nor did that event occur in 1947. At that time, Chambers was still a senior manager at Time magazine and Hiss still president of the Carnegie Endowment for International Peace. The Pumpkin Papers went public in 1948 — in December.

A newer line (only 20 or so years old) is that Soviets themselves — specifically, General Dmitri Volkogonov, Russian military expert — finally exonerated Hiss. "Not a single document substantiates the allegation that Mr. A. Hiss collaborated with the intelligence services of the Soviet Union," Dr. Wiener quotes. (David Margolick, "After 40 Years, a Postscript on Hiss: Russian Official Calls Him Innocent, New York Times, October 29, 1992). He then shares parenthetically that "Volkogonov subsequently qualified his remarks, noting that evidence implicating Hiss could be in archives he hadn’t consulted." In fact, Volkogonov stated: I was not properly understood... The Ministry of Defense also has an intelligence service, which is totally different, and many documents have been destroyed. I only looked through what the K.G.B. had. All I said was that I saw no evidence." (Serge Schmemann, "Russian General Retreats on Hiss," New York Times, December 17, 1992)

Hiss' own reaction was effectively a retraction. "If he and his associates haven't examined all the files, I hope they will examine the others, and they will show the same thing." (Marvine Howe, " Keep Looking, Hiss Says," New York Times, December 17, 1992)

Why then contrive this piece on the Whittaker Chambers Farm at all? Dr. Wiener seems to feel outrage that the Farm ever went on the National Historic Register (back in 1988). Would it relieve his mind to know that no one in our family ever requested that our farm become a National Historic Landmark?

Meantime, I cannot shake an image of Dr. Wiener's sneaking up to the Whittaker Chambers Farm. Or skulking about the countryside around Westminster, Maryland. It's just creepy.

Could this be some kind of fantasy-wish fulfillment on behalf of Alger Hiss? Hiss once famously said: "Until the day I die, I shall wonder how Whittaker Chambers got into my house to use my typewriter"… Next time Dr. Wiener wants to get into our house, maybe he could try the front door?

Readers can be assured I did indeed visit the site of the Whittaker Chambers pumpkin patch National Historical Landmark, but I didn't go "skulking about." When I saw the "No Trespassing" sign, as I wrote in the piece, I turned around and left. I thought that was what the Chambers family wanted us to do -- rather than, as Chambers suggests here, "try the front door."

I note that David Chambers doesn't deny that the site has a "No Trespassing" sign and doesn't display the landmark plaque as required by law.

What is this "John Lennon ploy"?  As our correspondence shows, I told him I was working on a book on Cold War memory, but that I was best known for the John Lennon FBI files. All true. And I was hoping he could help me find a photo of Reagan presenting the Presidential Medal of Freedom to his grandfather. How bad was that?

As for Volkogonov, David Chambers repeats pretty much what I wrote: Volkogonov subsequently noted that "evidence implicating Hiss could be in archives he hadn't consulted." But, Volkogonov said, that fact did not lead him to change his conclusion: Hiss was not a spy. (See this interview with Volkogonov.)

Why did I "contrive" this piece? My book "How We Forgot the Cold War" reports on visits to two dozen museums, memorials and monuments, and argues that many of these have low attendance; while others, seeking a bigger audience, have shifted their focus to different topics. The Whittaker Chambers site was announced with impressive fanfare by the Reagan administration, Reagan himself had posthumously awarded Chambers that Presidential Medal of Freedom. David Chambers doesn't deny that this National Historic Landmark has virtually no visitors, despite the claims for its significance made by conservatives.

As for the horses, maybe they were next door.