In a final season filled with comedy in-jokes, last night's episode might have settled the silliest argument ever 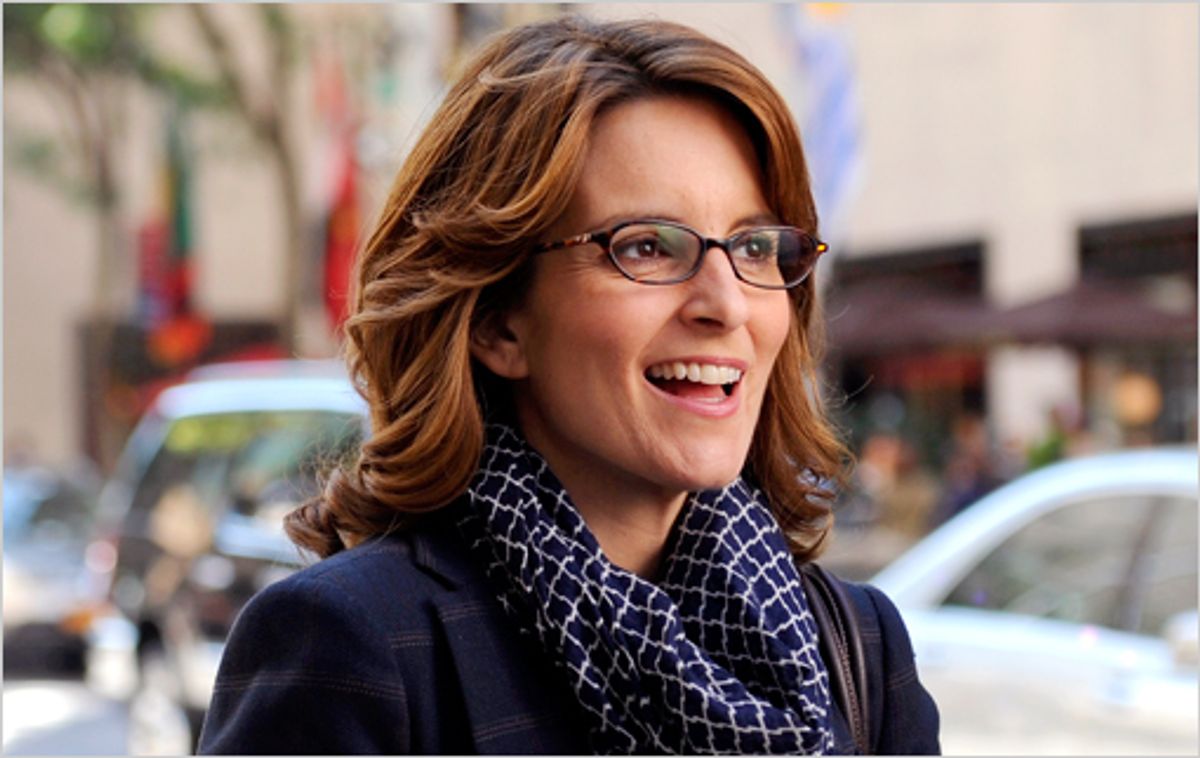 “30 Rock” feels like it's dashing pell-mell toward its series finale. Three episodes into the series’ 13-episode final season, the sitcom that has deployed meta-humor more consistently and deliriously than any other comedy ever, has been serving the meta up every episode.

In the season's first episode, Jack Donaghy introduced his plan to “tank” NBC, just the latest gag about the incompetence of “30 Rock’s” real corporate overlord. (Though, for the first time since “30 Rock” started, NBC’s fortunes are actually looking up, a turnaround the "30 Rock" writers couldn't have predicted.) Last week, in an absurdly bold episode that aired just before the vice-presidential debate, Fey “30 Rock”-ed her crazy experience imitating Sarah Palin. In the episode Paul Ryan dropped out of the debate, and was replaced by a doddering, sexist, gaffe- and vomit-prone politician who looked identical to Tracy Jordan. This week, Fey and company took on another doozie: The women aren’t funny debate.

“30 Rock” has directly taken on women-in-comedy issues before. There was the early, hilarious episode guest-starring Carrie Fisher as a brilliant, deranged, lonely older female writer. More recently, there was the infamous “Joan of Snark” episode, in which “30 Rock” lampooned Jezebel while trying to solve its "woman problem," i.e., a lack of women in the writers room. Last night, Tracy tweeted “women are not funny, never have been, never will be” sending Liz into a “nerd rage.” After angrily confronting Tracy (“Maybe things that men like are boring to women.” “No, everybody likes our things”), Liz decided to show Tracy a thing or two by performing one of her and Jenna’s old sketches, set at a doctor’s office. Following “30 Rock’s” implicit rule, we didn’t see much of the sketch. It looked horrible, but the crowd laughed. Afterward, Tracy apologized to Liz, admitting women could be funny, but it soon became clear he had been laughing for all the “wrong” reasons -- the idea a woman could be a doctor at all. Everyone interprets comedy differently! Liz decided to take it as a victory anyway.

When tackling thorny issues, from Tracy Morgan’s real-life homophobic rant to gender balance, “30 Rock” rarely comes down on one side of an issue. Usually it sends up everyone for being ridiculous, pointing out the absurdities in each position, but not quite preferring one to the other. Last night’s episode did, and did not, go this route. Liz didn’t pull off some resounding victory, proving for all of eternity that women are funny. By the end of the episode she was even reduced to listing the funny women who had come before her. And yet, if you laughed at any part of that story line — at Tracy insisting pet monkeys were funnier than women — or at any point during the episode — like, maybe when Ryan Lochte was introduced as a sex idiot, or Liz Lemon playing Carrie Bradshaw — that was the real definitive proof. If “30 Rock” is funny, women are funny.

But I wish the show hadn’t been quite so toothless about it. “30 Rock’s” even-handedness about these sorts of conversations — its insistence that all of its characters, Liz especially, always be a little bit wrong about something— can be frustrating. ("Joan of Snark" was hilarious, but inconclusive; "Idiots Are People Two," the episode that addressed Morgan's comments, went too easy on him.) The women aren’t funny debate is tremendously stupid. Fey must find it to be tremendously stupid. If "30 Rock" was going to bother to take it on at all, it could have used a more vicious send-up than "different people find different things funny." If there's any debate that Liz Lemon should probably just flat-out win, this is it. Otherwise "30 Rock" itself, without ever addressing the issue directly, is a better refutation of this particular dopey talking point.