Donors fled when the head of a charity spoke out against Ryan. Then the Internet came to the rescue 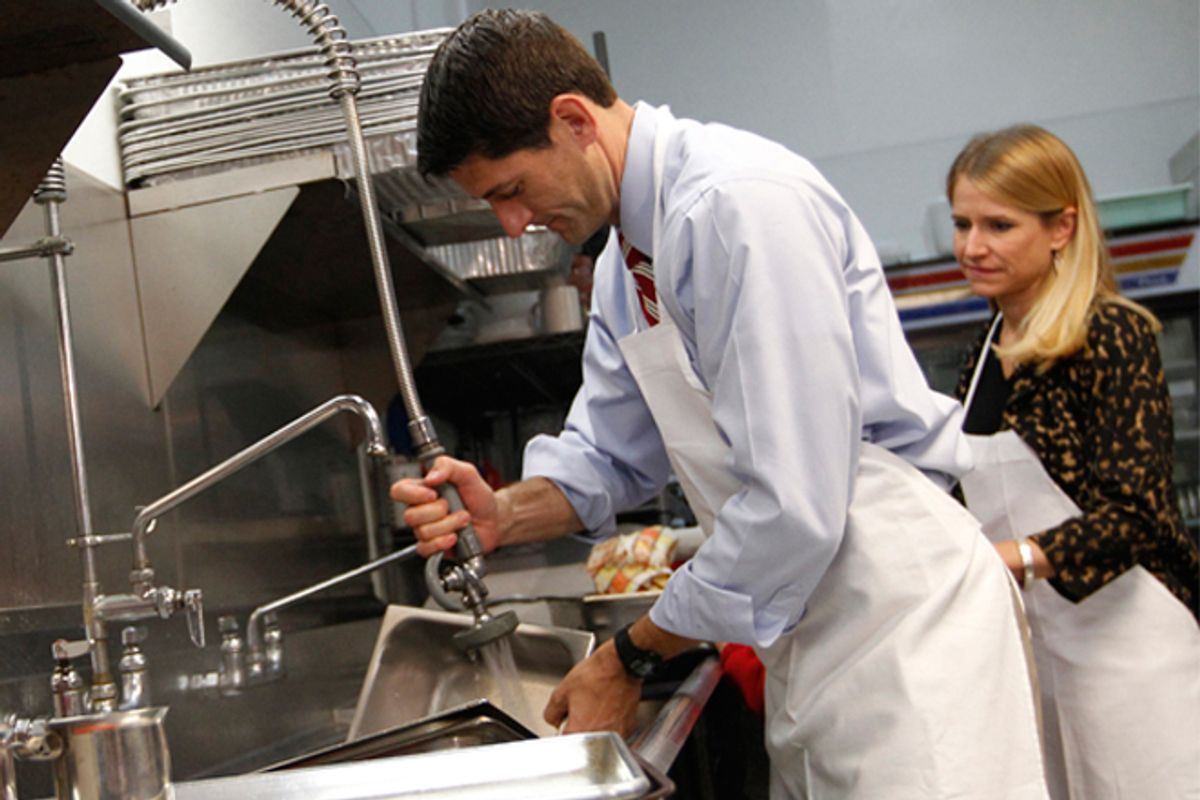 Antal's strenuous objection to the way the Ryan party "ramrodded their way" into his faith-based organization on a weekend was unequivocal. "It's strictly in our bylaws not to do it," he told reporters soon after. "They showed up there, and they did not have permission. They got one of the volunteers to open up the doors." He added that his nonpartisan organization relies on private donations and "can’t afford to lose funding from these private individuals" over the possible appearance of favoritism. "If this was the Democrats," he said, "I'd have the same exact problem." But the fact that Antal has a history of voting in Democratic primaries and, more damningly, made Ryan look yet again like a complete doofus turned the incident into a battle – one with hungry Youngstown, Ohio, citizens in the line of fire.

In a Huffington Post story on Thursday, Jason Cherkis wrote that Antal now confirms that donors have been pulling out of the charity since the fateful Ryan visit. "It appears to be a substantial amount," Antal says. Though he says donations are a private matter, he does admit, "You can rest assured there has been a substantial backlash." And, he continues, his soup kitchen has been barraged with angry, anonymous phone calls. Side note: How big of a tool do you have to be to call up the St. Vincent De Paul Society and yell at them?

The vitriol inevitably also spread to the kitchen's Facebook page, where the trolls have been insisting, "I hope you lose your tax emempt [sic] status for allowing campaigning at a soup kitchen." Another chimes in, "Anyone who is thinking about donations to you should think twice." And of course, all caps lady is there to declare "HAVE YOU ANY IDEA ON HOW MANY ARE GOING TO WALK AWAY FROM YOUR ORGANIZATION BECAUSE OF THE COMPLAINTS FROM YOUR PRESIDENT?" As another person writes, "This kind of tone and outright lying (Ryan DID have permission) will directly impact my decision of supporting our local St. Vincent De Paul site."

So, in short, there are people out there in the world who are now declaring they are not even going to support their own local St. Vincent De Paul Societies because somehow that might set in motion a chain of events that gets Obama reelected or something. Or maybe it's just because they're vindictive dopes. Frankly, I'm going with that one.

Thankfully, right at those moments when many of us feel like puking in despair over the notion of a "substantial" backlash against a friggin' soup kitchen, the nobler side of human nature somehow always comes roaring back into the picture. After the posting of the HuffPo story — which included info on how to donate to the Youngstown soup kitchen — a whole lot of people began sharing it around on their Facebook pages and Twitter feeds. And that's when something good began to happen.

Sure, there's trolling a-plenty going on. But the Mahoning County District St. Vincent DePaul Society Facebook page has now become a bastion of goodwill – and hope. "Sending a check," writes one commenter. "I donated twenty dollars after hearing about the backlash against this charity by the right wing politicos," says another. "I am sorry that, reportedly, too many others are playing politics with the distress of the hungry and homeless." And, my favorite: "Being hungry is a terrible feeling. I am sending a donation to your organization today. No one should ever punish the poor over their political feelings. Shame upon those who do." Bull's-eye.

On Thursday, Antal told HuffPo, "Honestly, I really don't need any more attention. I really just want this to go away." But attention has its own lifespan, and sometimes, that can be a wonderful thing.

Antal didn't invite Paul Ryan into his soup kitchen, and he dared to say so precisely because he was trying to avoid the appearance of taking sides. Sides were taken anyway, and for a while, it appeared to be to the detriment of the community his kitchen serves. That miserable turn of events has now taken yet another turn, one that, in the end, might just wind up doing more for that little soup kitchen than all the traditional fundraising in the world. Paul Ryan may not have walked into that Ohio kitchen with much real charity on his mind last Saturday. Yet, remarkably, he may just have bungled his way into doing it a world of good.

You can donate to the Mahoning County District St. Vincent De Paul Society with a check sent to P.O. Box 224, Youngstown, Ohio 44501. Donations also may be made online. Online donors should specify that their donations are for the Youngstown, Ohio, soup kitchen. There's also an Indieagogo donation page.