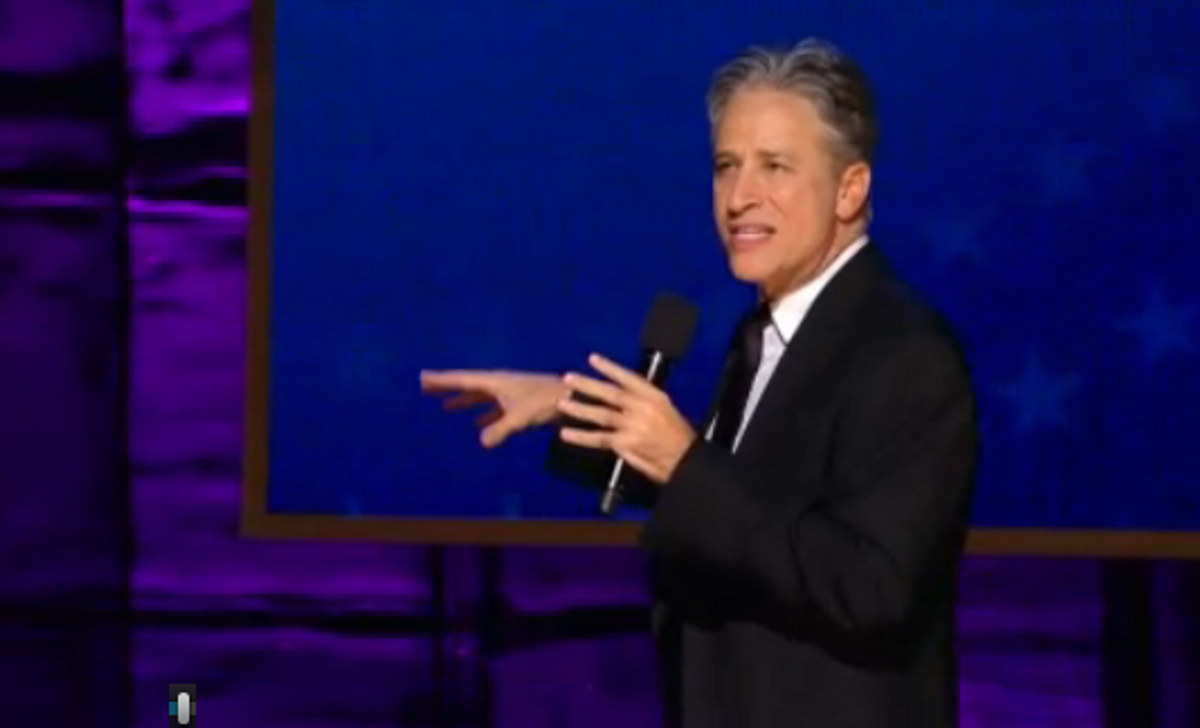 Last night, actors and comedians like Amy Poehler, Tina Fey, Seth Rogen and Jon Stewart came together for Comedy Central's autism benefit, "Night of Too Many Stars." Some stars auctioned off their dignity, while others sang to inspire Americans to donate to the cause. One of the night's best segments, though, was the helium fueled debate between "rivals" Chris Matthews and Bill O'Reilly: