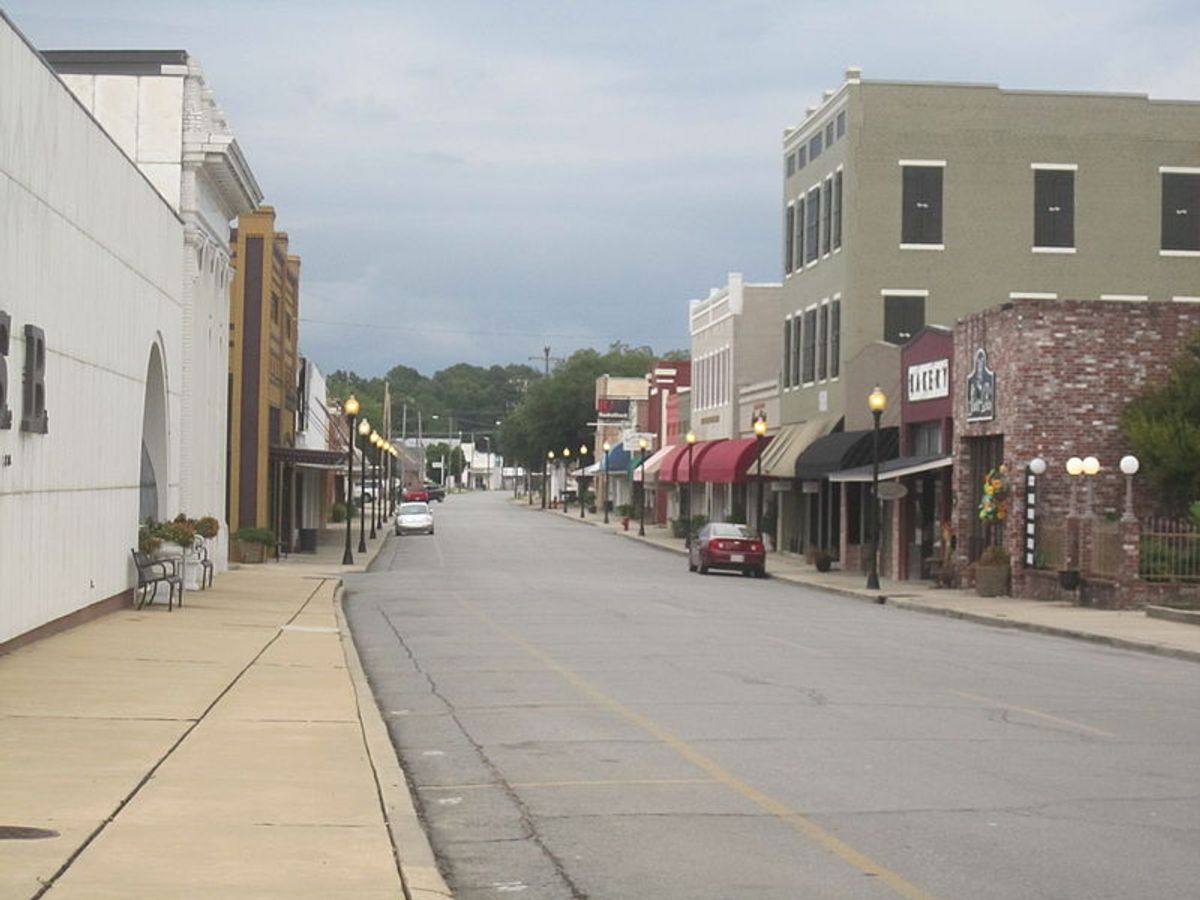 Winnsboro, LA., the town in which Sharmeka Moffitt was brutally attacked (Wikimedia)
--

A  20-year-old African-American women is in critical condition in a Louisiana hospital after she was attacked and set on fire by three men who scrawled "KKK" on her car.

Local and state police and the FBI have not yet officially classified the incident as a hate crime, according to the Louisiana paper the New Star. “These are very unusual and troubling circumstances and won’t be taken lightly,” local sheriff Kevin Cobb said.

Victim Sharmeka Moffitt of Winnsboro, La,. suffered extensive burns below her neck on her chest and back all the way down to her calves. Moffitt told police she was doused in flammable liquid by three assailants wearing white hooded sweat shirts. Nothing else is known of the attackers -- not even their race -- and the police have not yet found any suspects.

Otis Chisley, president of the local branch of the NAACP, said racism remained "prevalent throughout Louisiana." According to the Southern Poverty Law Center, 19 white supremacist and neo-Nazi groups are actively operating in Louisiana, six of which identify by name with the Ku Klux Klan.