Jennifer Esposito splits with CBS over her celiac disease. But is it a real malady or a dietary choice? 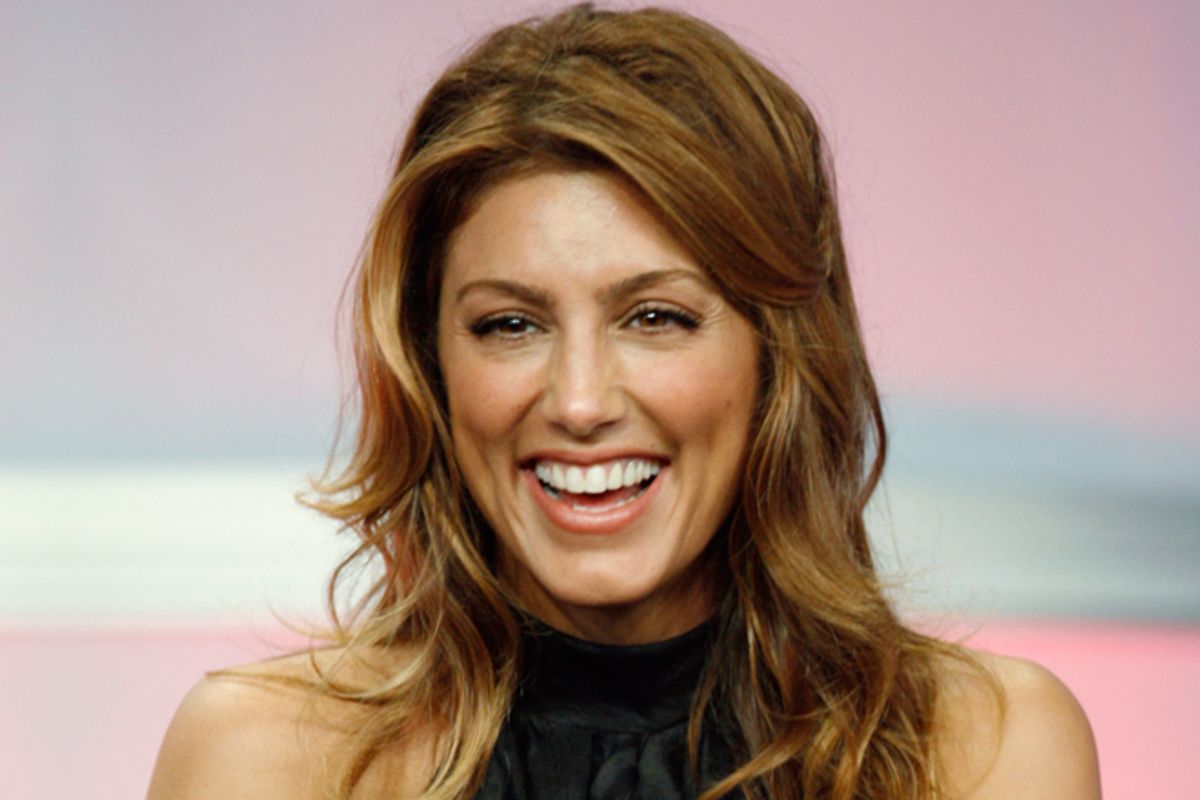 It's not unusual for an actor to go off on a Twitter rant, to instigate a feud in 140 characters. Hell, it's pretty much expected behavior. But "Blue Bloods" actress Jennifer Esposito's recent feisty display of tweet rage is unique. First, it's because she dared to break the first rule of show business and publicly engage in a dispute with her network, calling CBS "shameful" for placing her on an unpaid leave from the show. And second, because this may be the first recorded war over gluten.

Deadline reported on Saturday that the actress was taking a leave from her series, and quoted a CBS statement that "Jennifer has informed us that she is only available to work on a very limited part-time schedule. As a result, she’s unable to perform the demands of her role and we regretfully had to put her character on a leave of absence. She is a wonderfully talented actress and we hope that she will be able to return at some point in the future."

Esposito immediately shot back in a series of tweets, "CBS put me on unpaid leave and has blocked me from working anywhere else after my doctor said you needed a reduced schedule due to celiac. CBS didn’t listen to my doc and I collapsed on set. Which everyone saw! After a week off my doc said I could return to work but CBS implied that I was NOT truly ill and this was a scheme to get a raise! It’s been almost two months without bringing me back to work + keeping Me from working anywhere else!… Absolutely shameful behavior."

Esposito has been very public about her experience with celiac disease, an immune system disorder caused by gluten intolerance that affects the small intestine. She maintains a blog devoted to learning "to live again – gluten free," and sells her own flour and pancake mix. On her site, she describes her years of serious and debilitating symptoms, "waking up exhausted, constant stomach problems, raging panic attacks, joint pain, knees buckling, extreme weakness, yellowing of my skin, extreme sinus headaches, numbness, tingling, and hair and nails so weak they would just break off from a simple touch."

She's not alone. A 2009 New York Times story confirmed that celiac disease is on the rise, with diagnoses quadrupling in recent years. Thanks to celiac — as well as trendy best-sellers like the Paleo diet — gluten, found in wheat, barley, rye and other grains, has in the process become the dietary bad guy du jour. The gluten-free industry is now a $4.2 billion business. Adding fuel to the fire, just last month, plain old wheat made headlines when cardiologist Dr. William Davis called it a "perfect, chronic poison."

Yet on the Web, the reactions to Esposito's story can be neatly divided between those who empathize and those who think this is some spoiled actress's crazy diet issue. At Deadline, she's either being "a baby" trying to "get sympathy for being a celiac" who's acting "unprofessional, entitled" or she's like those who concur, "I almost died from this thing. Celiac is a multi-system disease and can be devastating." On TV Line, another commenter with celiac noted, "Try being in pain all the time. Let me know how that goes for you."

Reports Monday that the actress and CBS were trying to reopen work negotiations were unconfirmed by both sides. Of course, now that the 39-year-old, who's been on the show for three seasons, has gone public with her network dispute, an amicable return to the fold seems less and less likely. Didn't we all learn that, in different ways, from Katherine Heigl and Charlie Sheen?

No doubt part of the range of responses to Esposito's very public insistence that her employer was unsympathetic to her condition stems from what she herself calls on her blog "the serious lack of information out there and just the general disregard for this disease." Her lawyer says that she "had a medical emergency on the set caused by her celiac disease … [so] Jennifer and her doctor requested she be allowed to work on a reduced schedule."

Esposito may be helping raise awareness of her disease via her blog and her outspokenness, but she is also simultaneously contributing to the chorus of eye-rolling you may have noticed lately whenever someone conspicuously shudders at the garlic bread at a dinner party, or goes all Josh Romney dead behind the eyes when a fellow parent at the playground tries to expound on the virtues of her newly gluten-free kitchen. Why? It's right there on Esposito's blog, in her anecdote about "a friend who had been complaining of bloating and irritability asked me for help. Finally, I thought! I had been begging her just to try and go without gluten for a few weeks to see if her situation changed." She provides a "2 Week Challenge" and a list of "symptoms of a gluten problem" because "my belief is everyone should avoid gluten."

See, this is an issue. If you're talking in one breath about a serious, debilitating disease and advocating that anyone who suspects they have it see a doctor, that's a world apart from suggesting someone self-diagnose a "problem" because she could "lose almost 20 pounds." It doesn't help alleviate "the general disregard" for a disease you're trying to get people to take seriously. There are already a whole lot of people out there jumping on the gluten-free bandwagon as this month's Atkins diet — and even more, who don't understand the distinction between a severe food intolerance and a "Yeaaaaah, cookies make me bloaty."

Whatever truly went down between Esposito and CBS, we probably won't be seeing her on "Blue Bloods" any time in the near future. In the meantime, Esposito says, "If you feel this is unjust use your voice. That's all we have sometimes." Good advice. It's not just what you put in your mouth that matters. It's how carefully you consider what comes out of it.