Progressives can't sit this one out

Disappointment with Obama's first term is understandable, but allowing Romney to take office would be calamitous 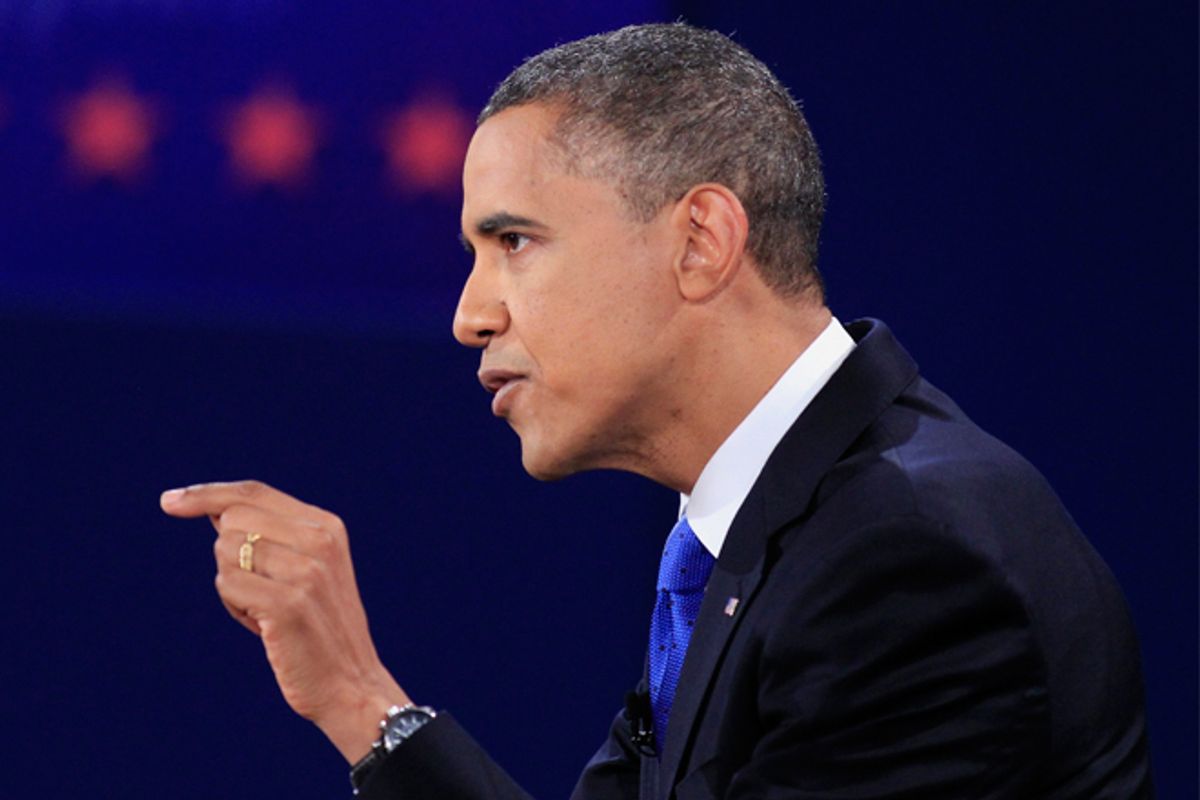 This is for those of you who consider yourself to be progressive but have given up on politics because it seems rotten to the core. You may prefer Obama to Romney but don’t think there’s a huge difference between the two, so you may not even vote.

Your cynicism is understandable. But cynicism is a self-fulfilling prophecy. If you succumb to it, the regressives who want to take this nation back to the 19th century win it all.

The Koch brothers, Karl Rove, the rabid Republican right, CEOs and Wall Street titans who want to entrench their privileges and tax advantages – all of them would like nothing better than for every progressive in America to throw in the towel.

Then America is entirely theirs.

The alternative to cynicism is to become more involved in politics. Help create a progressive force in this nation that grows into a movement that can’t be stopped.

We almost had it last year in the Occupy movement. We had the arguments and the energy. What we lacked was organization and discipline.

I’ve spent years in Washington and I know nothing good happens there unless good people outside Washington are organized and mobilized to put pressure on Washington to make it happen.

This isn’t new. In the election of 1936, a constituent approached FDR with a list of things she wanted him to do if reelected. “Ma’am,” he said, “I’d like to do all those things. But if I’m reelected, you must make me.”

We must make them.

I suggest a two-step plan.

Step 1: Vote for Barack Obama for president and vote for every Democratic senator and representative in Congress. Get off your ass and make sure your friends and relatives do the same.

Step 2: Starting Election Day, regardless of who’s elected, commit at least three hours every week to political organizing and mobilizing. Connect with other progressives in your city and state. Help find and recruit new progressive candidates to run against Republicans in swing states, and against conservative Democrats. Support the members of the progressive caucus in Congress. Raise money. Raise a ruckus.

Make it our goal to reverse Citizens United, even if it takes a constitutional amendment. And have public financing of elections (including requiring the media to provide free political advertising as part of their commitment to public service).

Also break up the biggest banks and resurrect the Glass-Steagall Act.

Put a 2 percent surtax on wealth in excess of $3 million. And a one-tenth of 1 percent transaction tax on every financial transaction. And restore top tax rates to what they were before Ronald Reagan became president.

Use half this revenue to pay down the national debt and half to make sure every American has a world-class education.

Put a tax on carbon, and use the revenues to reduce or replace payroll taxes.

Have a single-payer healthcare system that delivers care at far less cost than our current balkanized and inefficient one.

You say it can’t happen — the system is too rotten.

We’ve done it before.

Who would have imagined two decades ago that America would elect an African-American as president of the United States? Who would have supposed gays and lesbians would begin to achieve equal marriage rights?

Of course we can take America back.

And by all means, vote.