Nearly a year after resolving to avoid commenters, one of my harshest critics reached out to me — to apologize 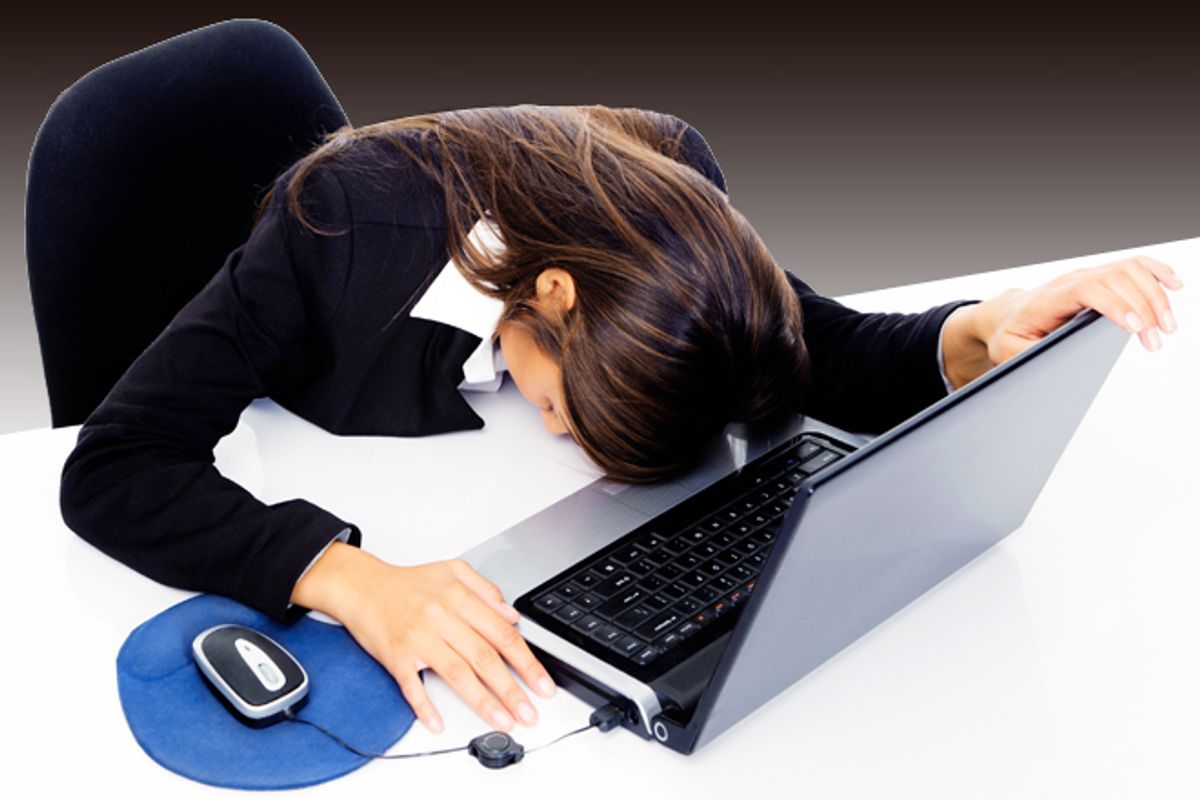 On Jan. 1, I made a resolution I never thought I would. I took a Sharpie and a Post-it and wrote the words "DON’T READ THE COMMENTS" in big letters and stuck it on my computer. I've been so much happier ever since.

I'm a person who believes strongly in online communication. I began my career as an online moderator back in the early '90s, and spent 14 years managing the community section of Salon, Table Talk. I've seen it all, read it all, been called it all, and made some of my closest friends via the invisible world of Internet community. And I don't ever want to read another comment again. Well, let me quantify that: I'll read them on other people's stories or YouTube channels if it's for research. And I did chime in on the comments for my story of my cancer treatment, because I felt that was a conversation I'd already been involved in for a year and a half. But otherwise, I'm done. I won't read my comments and I won't read anybody's else's unless I have to. I'm in agreement with the great Caitlin Moran, who describes the comments sections as the place where all the unhappiness in the world dwells.

That's not always true, of course. The conversation that went on underneath Michael Wolff's stunning piece on the end of his mother's life was a powerful coming together of individuals facing the same agonizing struggles. I've seen some really smart back and forth in the New York Times' stories on education and parenting. And I know we have some very nice, normal people who post in our Salon comments. But those poor people are swimming in an awful lot of troll chum — and I won't be one of them.

Our commenters have an intense reputation. I've had them call me stupid more times than I can count, and at times express the wish that my cancer would kill me. That's pretty typical. Two years ago, Taffy Brodesser-Akner turned her experience of getting hosed in our comments into a New York Times story about "cruelty." In April, Jennifer Coburn wrote a Huffington Post piece about how her Salon Life essay "sparked a blogospheric feeding frenzy that left me wondering where we are in terms of civil discourse." Admittedly, not all of the scorn Coburn received came directly from our commenters, but the tone of the feedback was familiar enough to inspire writer Pauline Gaines to do her own piece on our commenters and put a "Salon troll on the couch." And I can attest from personal experience that not too long ago I was approached at a party by two prominent writers for other high-profile publications who asked me, "What is wrong with your commenters?"

I used to believe that as an online writer, I had an obligation to read the comments. I thought that it was important from a fact-checking perspective, that it somehow would help me grow as a writer. What I've learned is that if there's something wrong or important or even, sometimes, good about a story, someone will let you know. I've over the years amassed an amazing community of Salon readers who engage via email, who challenge me, who inspire new stories, who are decent people and treat me like one in return. What I was getting in the comments was a lot of anonymous "You suck, bitch."

I admit it's depressing for one who's invested almost her entire career in online community to throw in the towel on it in this way. I want it to be better. But it's just not. As a colleague once observed, "I just can't take another letter from Angry Bad Divorce Guy." And my reading the comments – even participating in the conversation – won't change that. I know a woman who personally replies to every troll comment she gets to her work. I honestly don't know if she's an angel of mercy or a blatant egotist, but either way, that's not the job I'm willing to take on anymore.

In the first few weeks of comments cold turkey, I was still tempted to peek in. It had been a masochistic, reflexive act for a very long time; it seemed strange to stop. And then, slowly, I began to experience a change. The itchy curiosity over what people might be saying about me was replaced with a lighter, saner attitude when I turned on the computer in the morning. When I considered what to write about – especially when approaching deeply personal material – I stopped envisioning the ugly retorts I'd hear from commenters who'd tell me what a man-hating bad mother who's just all wrong I was. So when I recently wrote a story about a high school's "slut league" and a few readers emailed me that they were appalled at the comments, I wasn't even mildly tempted to peek.

Over the past 10 months I have wondered often when I've written a story that's involved reading the comments somewhere else, or troll culture in general, what it is that motivates someone to fire off such vitriol, again and again, with such purposeful hate. "We're not people to them," a co-worker once said, as we sat together over dinner, comparing the most outrageous things we'd seen written about ourselves. "We're just characters." And then a few weeks ago, I realized how right she was.

In my inbox was a missive from an unfamiliar address. In it, the writer identified himself as one of Salon's most enduring and prolific trolls. "I don't know how much you care or have noticed, but I am sometimes ridiculously critical of articles on Salon, including yours," he wrote. "I sincerely apologize for any time that I have ever said anything that crossed the line from sincere and constructive criticism to something that might have been in any way abusive or hurtful or mean or just stupidly shitty … It is very easy to be critical, especially behind an anonymous mask. Too easy. Self-demeaningly, demoralizingly easy … I still lurk in the comments section and spew whatever comes to mind. I am not proud of it. Sometimes it is fun, though. I take no pleasure in anything that would actually make anybody feel bad. I do like to flatter myself to imagine I might make somebody somewhere think about something in a different way."

I don't know what inspired the letter, nor do I have any real proof the writer is who he says he is, though by the style and some of the word choices I'd believe it. He ended his communication by telling me to "Keep up the good work," and though I can't wish him the same, I did appreciate the honesty, the mix of remorse and self-flattery. And he did make me think in a different way. Just as I'd assumed the trolls saw me as some faceless entity to spew at, I'd long ago stopped seeing them as real human beings too. My troll gave that back to me. I can look on his ilk with compassion now, as individuals who are at times self-aware, even if I don't want to engage with them.

I'm still not entirely immune to trolls. I regularly get some seriously crazy emails, and I've had to become much more proactive about blocking lunatics on Twitter. But in the past 10 months, the amount of toxicity to which I am exposed on a daily basis has subsided substantially. And it feels great. It's calmed the negative chatter in my head and it's made my experience of the Internet a whole lot healthier. I highly recommend it. And when, a few days after the email from my troll, the Post-It urging me "DON'T READ THE COMMENTS" fell off my computer, I tossed it in the wastebasket. I didn't need to be reminded anymore.