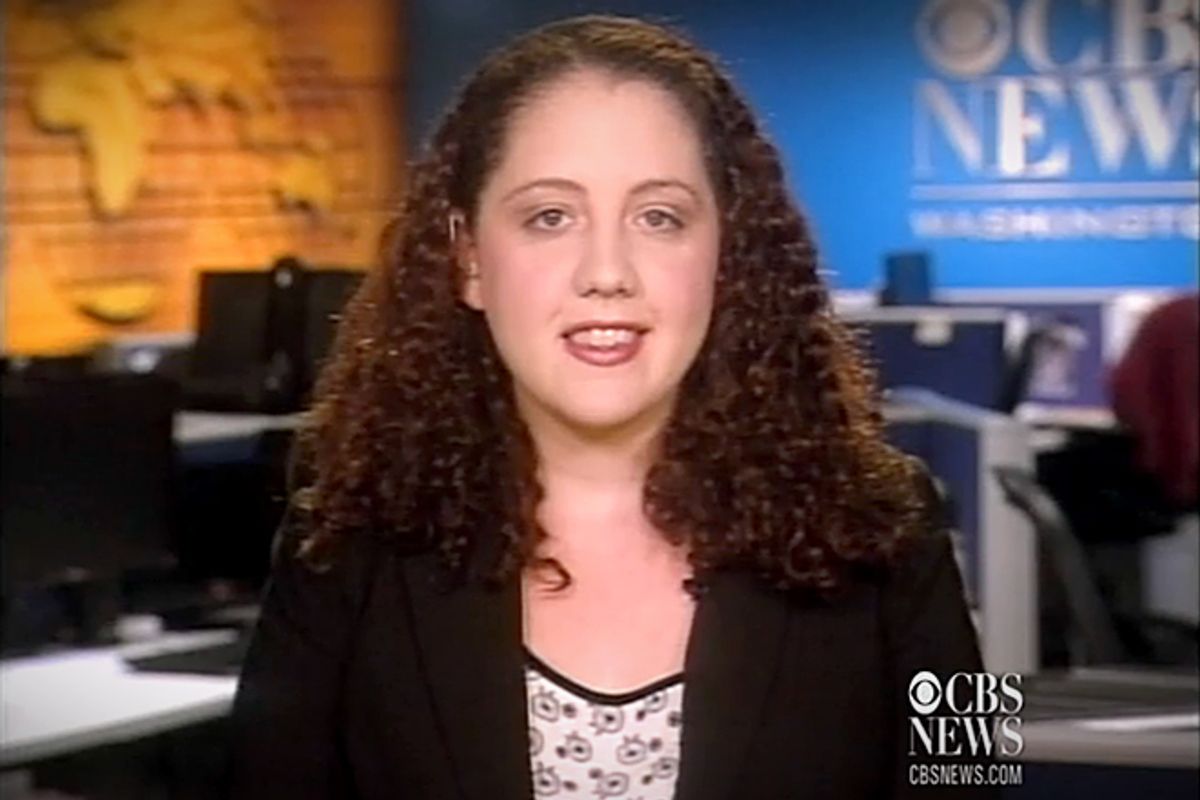 Politico reporter Ginger Gibson today ribs people who are actually invested in the result of the election as opposed to interested solely in the elaborate game of Stratego that is the campaign. Apparently partisans are all going around spreading crazy conspiracy theories about their opponents.

As the use of Twitter has exploded in the 2012 campaign, coupled with more expansive use of Facebook and other social networks, the rumble of extreme partisans propagating strange conspiracy theories is getting louder.

Those silly partisans and their silly conspiracy theories! The resolutely nonpartisan and hence perfectly clear-eyed reporters at Politico have your number. You are all claiming that bad things will happen if the "other guy" wins the election, when everyone knows that no matter who wins things will be fine, that is what American history has taught us. (??) Also conspiracy theories spread because of "Twitter" and "Facebook." (???)

Hey, what is the best way to make sure this column reads like it was written by an old person a decade ago and then buried underground until this week? Something like this, probably:

Generally, it’s not the campaigns or their surrogates pushing the most drastic of apocalyptic scenarios. And often one doesn’t have to venture into the bowels of the Internet to find such predictions on low-traffic blogs being run by hermits still living in their mother’s basement.

And what are the conspiracy theories, exactly, that both sides are spreading?

The conservative "conspiracy theories" are: 1) That (black) Obama supporters will riot nationwide if he loses and that Obama will then declare martial law and refuse to leave office. 2) That Obama is secretly planning to seize all American guns. 3) That Obama will "hand over the sovereignty of the United States to the U.N."

The liberal "conspiracy theories" are: 1) That the Republican are attempting voter suppression of black citizens on a massive scale. 2) That if Republicans win they will ... weaken reproductive rights for women.

I know these all sound like totally crazy, out-there notions, but look carefully: Do you see any differences between those two sets of nutty apocalyptic idea? Here is a hint: One set of them is made up of actual stated Republican Party policy goals. Goals that they have acted on with legislation in multiple states.

According to the story, Drudge pushing the notion that there will be widespread black rioting -- followed by martial law! -- if Obama loses is the equivalent of democrats "stoking fears" among "women" that Republicans will "redefine rape" simply because multiple Republicans have specifically attempted to draw distinctions between different "sorts" of rape over the last year in the context of discussions of when precisely they'd deign to allow a woman to have an abortion. And the NRA's claim that Obama plans to eliminate the Second Amendment in his second term -- nonsense based on a fantasy -- is the equivalent of Eric Holder referring to stringent voter ID laws -- things that, again, actually exist, in real life, in many states -- as comparable to the poll tax.