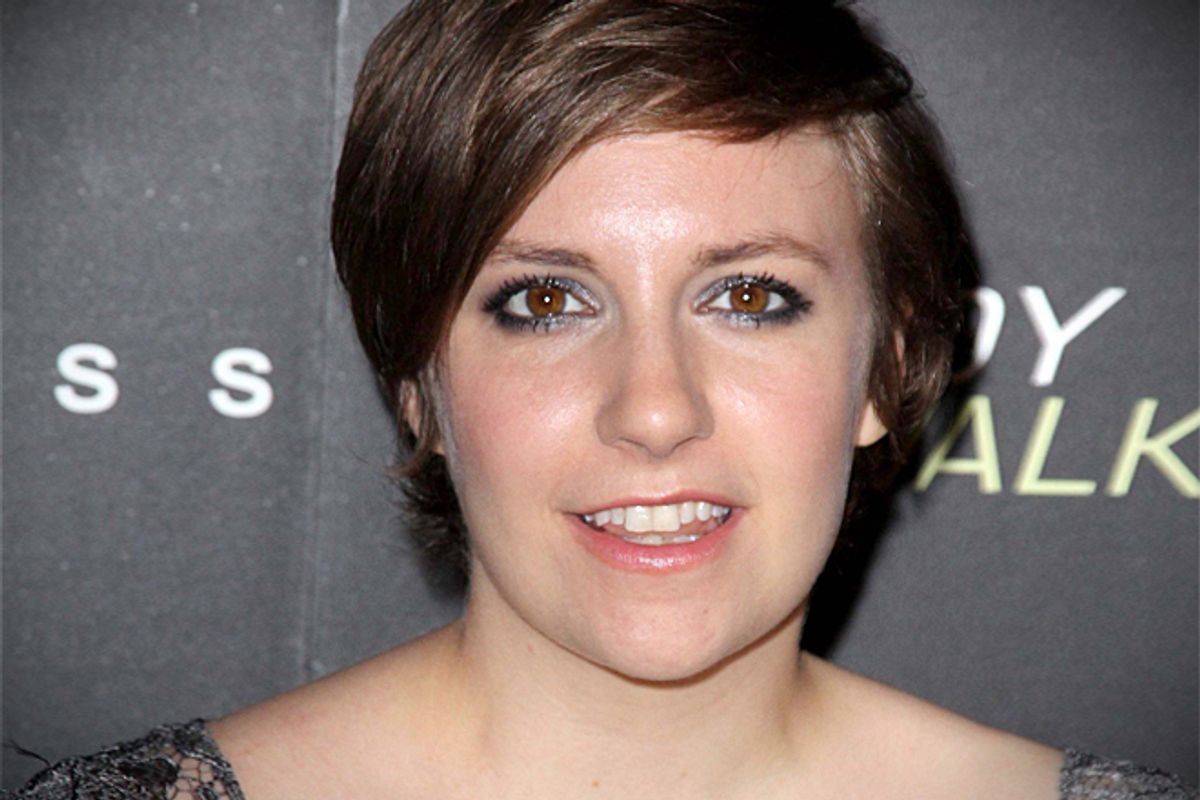 Lock up your virgins! There's a dark-skinned, middle-aged man coming for them! And in other breaking news, archconservatives have absolutely no sense of humor.

In a completely typical clip from the creator of "Girls," Lena Dunham winkingly talks to young women about "your first time" and how important it is to do with "a guy who really cares." Cares about health insurance. Birth control. Ending war. "You don't want a guy who says, 'Oh hey, I'm at the library studying' when really he's out not signing the Lilly Ledbetter Act," she explains, "or who thinks that gay people should never have beautiful, complicated weddings of the kind we see on Bravo and TLC all the time." As Dunham says, it's "super uncool" not to vote, and that's why she supports voting for Barack Obama.

It's a cute, sincere spot, addressed to young women and spoken in the vernacular of a young woman. Nobody even gets an abortion or smokes crack. Cue right-wing freakout. Take for example the Right Scoop, which not only denounced the Dunham ad as "disgusting," but gasped that Vladimir Putin once launched a similar appeal to college-aged ladyfolk. "Ugh," writes the expectedly anonymous blogger who posted the clip.

On Twitter, conservative columnist John Podhoretz gently referred to the ad as "an unwise political move," adding, "I don't think appealing to undecided voters in the Midwest is in her skill set." Fox News' Megyn Kelly, meanwhile, could barely shudder out an "Appropriate?" I just hope none of these twisted-knickered conservatives ever find out what Sarah Silverman's been doing to raise voter awareness.

But in the oddest responses of all, RedState's Breeanne Howe described Dunham as a woman "who was raised in a wealthy, over-sexualized household," and also evoked the "creepy" Putin ad. The best part, however, is how she declared that Barack Obama, like droit du seigneur-rocking feudal lord or Kurdish chieftain, "has asked for your daughters." Your innocent, probably white, virgin daughters, ravished by that hymen-lusting brute in the White House. Breitbart's John Nolte issued a similarly revolted response, bleating that "Obama has young daughters. But that didn't stop him from releasing this commercial. Because this is what Obama thinks of your daughters." Convenient, isn't it, how conservatives like Nolte can't or won't distinguish between the president's 14- and 11-year-old children and the 26 year-old Dunham? Don't understand an appeal to adult women of legal voting age? Math is hard!

A political ad that openly flirts with sexual innuendo, one starring a woman known for her raunchy television show, will naturally have a built-in controversial element. But what makes the right-wing bluster entertaining is that it blithely ignores the basic reality that women and women's bodies and sexual choices are already front and center in this election. For a young woman whose reproductive freedom is being so fiercely battled over, whose choices are being diminished and mocked and misunderstood by a party that aligns itself with ideology of "legitimate rapes" and God-given consequences of sexual assault to turn that misogyny on its head -- and send a humorous message of empowerment -- is a pretty wonderful thing. Not in the least because, of course, it scares the bejeezus out of these conservative freaks.

Lena Dunham represents everything they're trying to control. Of course they're uncomfortable with what she can do with her body. She can take it to the polls. And when Nolte shrugs that "This campaign isn't about the economy. Or foreign policy. It's about free birth control," it's not a joke, but it's sure hilarious. No, it's not really about virginity metaphors or about some mythic dispensary of free birth control, for that matter, guys. It's about the rights and needs of 54 percent of the American voting population not being trampled over. And they're nothing to laugh about.