Meet the woman behind "El Bloombito"

The mayor's lousy grasp of Spanish spawns a hilarious meme 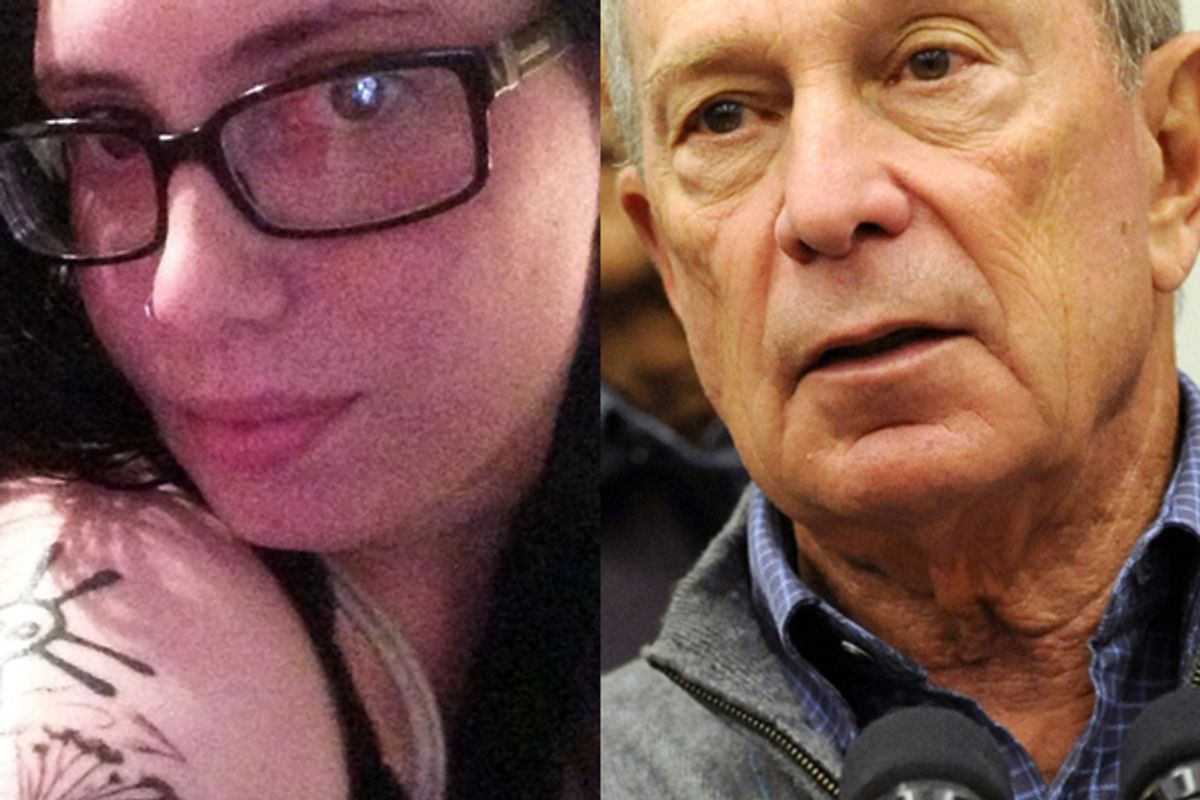 In the past few days, as New York City Mayor Mike Bloomberg held forth at his numerous Hurricane Sandy–related press conferences, two surprisingly entertaining sideshows have emerged in the midst of disaster. There has been the lively, expressive work of the mayor's sign language interpreter Lydia Callis, whom New York magazine accurately praised as a "both lightning-fast and emotive" presence during Hizzoner's updates. And then there's been Mayor Mike Bloomberg's awkward, shambling attempts at "Spanish."

Delivered with all the Latin aplomb of a tone-deaf Tijuana tourist, Bloomberg's Spanish has been a hallmark of his administration. But it first became a full-blown meme during Hurricane Irene, in 2011, when Rachel Figueroa-Levin was watching the mayor's not-quite-Rosetta Stone-level attempts to communicate with his Spanish-speaking urban population in pre-hurricane amusement. "I was joking with people on Twitter," the Inwood resident says. Rather than "clutter" her own Twitter stream with her joking imitations of Bloomberg's stilted stabs at multiculturalism, she created a "speaky the Spanish" alter ego: Miguel Bloombito.

Speaking to Salon while her toddler daughter takes a post-Sandy afternoon nap, Figueroa-Levin says El Bloombito originally "gave me something to do while I was stuck inside" during Irene. As it happened, the account attracted an instant following — and the attention of Mike Bloomberg himself — who admitted last year that "Es difícil para aprender un nuevo idioma."

"I don't know why he does it," Figueroa-Levin says. "Not that my Spanish is that fantastic, but I live in a neighborhood where it's common. I grew up hearing it. I'm Puerto Rican. And I don't know who he thinks he's talking to. In fact, last year I had an elderly Dominican neighbor tell me he thought Bloomberg was Italian."

As Figueroa-Levin generously notes of our city's leader, "It's great that he's trying to learn, that's cool. But if you're trying to evacuate an area, I would have gotten a native speaker to summarize what's going on." When asked if Bloomberg might next consider ditching Lydia Callis and incorporating his own sign language moves into his press conferences, Figueroa-Levin laughs, "Oh God, that would be terrible!"

Fourteen months and another hurricane after Irene, Figueroa-Levin can't say the mayor is yet bueno at his second language. "I don't know that he's getting worse, but he definitely hasn't gotten better," she says. "I think he's just reading something on a card. You get this sense that he thinks we should be honored that he would even attempt to speak Spanish." On the bright side, she adds that at last one of her fears as Sandy was bearing down on the city didn't come true. "I was half-afraid he would bust out some amazing Spanish and steal my thunder," she cracks. No peligro of that. And though she's a low-key local mom, on Twitter at least, in the midst of hurricane craziness, she is, the words of El Bloombito, muy awesomero y heroico.