A new ad erroneously suggests that Obama is pushing jobs overseas. Has Romney no shame? 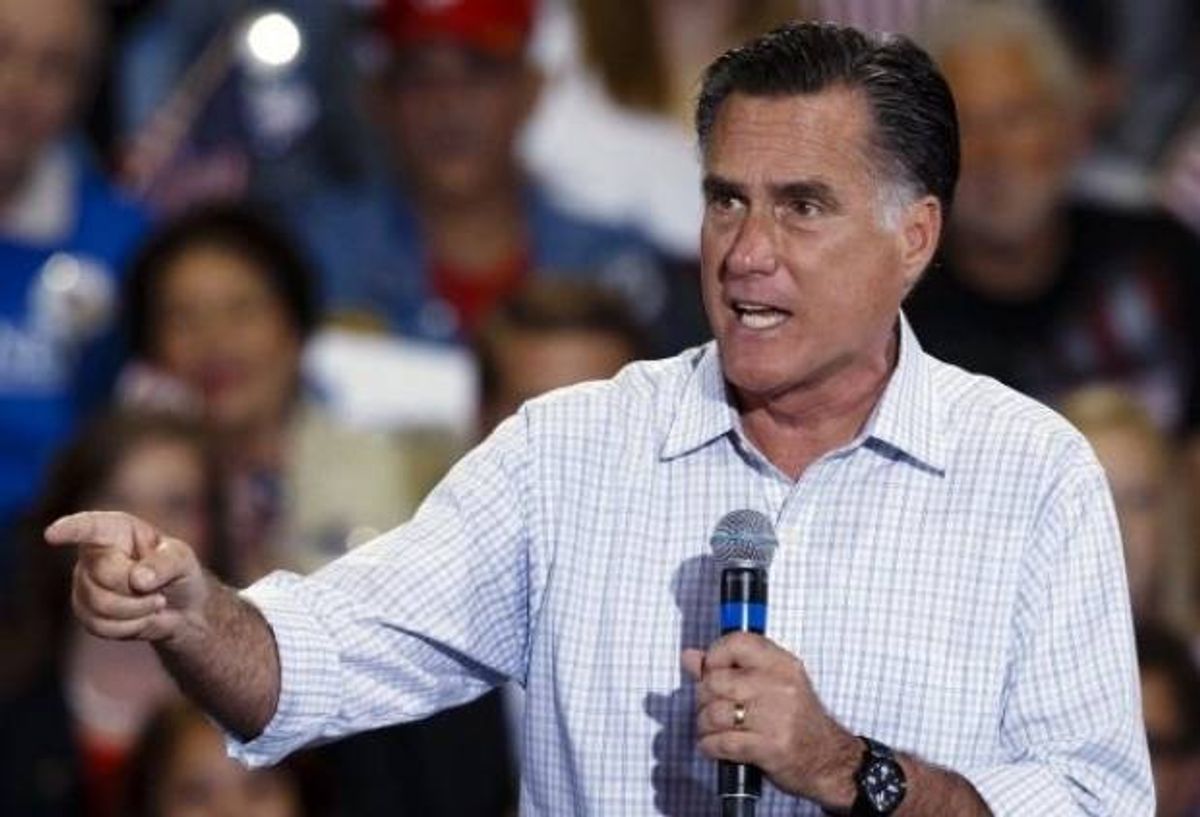 Over the weekend, Romney debuted an ad in Ohio showing cars being crushed as a narrator says Obama “sold Chrysler to Italians who are going to build Jeeps in China. Mitt Romney will fight for every American job.”

In fact, Chrysler is retaining and expanding its Jeep production in North America, including in Ohio. Its profits have enabled it to separately consider expanding into China, the world’s largest auto market.

Responding to the ad, Chrysler emphasized in a blog post that it has “no intention of shifting production of its Jeep models out of North America to China.”

“They are inviting a false inference,” says Kathleen Hall Jamieson, director of the Annenberg Public Policy Center at the University of Pennsylvania and an expert on political advertising.

This is only the most recent in a stream of lies from Romney. Remember his contention that the president planned to “rob” Medicare of $716 billion when in fact the money would come from reduced payments to providers who were overcharging — thereby extending the life of Medicare? (Ryan’s plan includes the same $716 billion of savings but gets it from turning Medicare into a voucher and shifting rising health-care costs on to seniors.)

Recall Romney’s assertion that he is not planning to give the rich a tax cut of almost $5 trillion, when in fact that’s exactly what his budget plan does? Or that his budget will reduce the long-term budget deficit, when in fact his numbers don’t add up?

And so on. “We’re not going to let our campaign be dictated by fact-checkers,” says Neil Newhouse, a Romney pollster.

There are two lessons here. First, lies financed by deep pockets are hard to refute, but they must be refuted. Otherwise, there is no accountability in our democracy.

Second, anyone who tells or countenances such lies cannot be trusted to hold the highest office in our land, because he has no compunctions about feeding false information to the public.