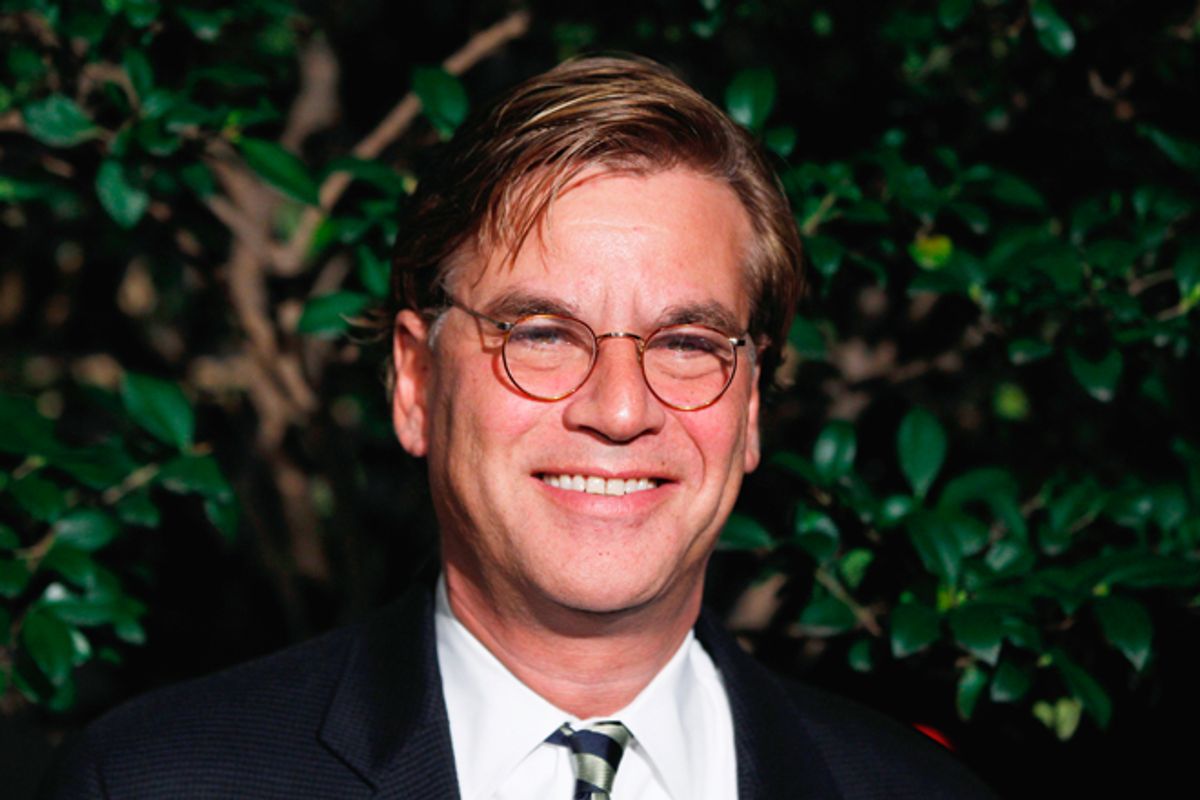 Aaron Sorkin joined Twitter five days ago, but because joining Twitter does not seem like a thing the real Aaron Sorkin, notorious hater of the Internet, would do, no one paid much attention. Sorkin tweeted twice — once, tweeting a picture of himself, another time, tweeting to “The West Wing’s” Richard Schiff — and then he went silent. But today, prolific tweeter Joshua Malina, who played Will Bailey on later seasons of ‘The West Wing” and is currently on ABC’s “Scandal,” testified that @aaronsorkin was the real Aaron Sorkin. (Even more convincingly, Malina’s next tweet was all about how Aaron Sorkin doesn't know how to use Twitter: “Josh: Follow me, for fuck's sake. Aaron: As soon as someone teaches me how to do that I will. Josh: Consult an underling. Aaron: I'm on it.") Sorkin’s publicist followed up with a confirmation. That twice-tweeting guy using @aaronsorkin's handle is really Aaron Sorkin. Amazing.

Sorkin’s arrival on Twitter is a mirth-making development for many reasons, not least of which is the future episode of “Newsroom” in which Mackenzie McHale means to send a DM, but instead accidentally tweets something wildly inappropriate to the entire world. There just is something delightful and ticklish about Sorkin, Web-disdainer, tweeting: It’s the kind of event that could birth a whole new verse in Alanis Morissette’s definitionally confused "Ironic." (After the new verse — “It’s like Aaron Sorkin, joinnnning Twiiitteeer” — there can be a short vocal breakdown in which Sorkin corrects, “This is not the definition of Ironic. Proceed.”)

Twitter exposes Sorkin to humanity, which can now talk directly to him, or at least his avatar. A few hours into his Twitter account going wide, people are already taking advantage of this capability. Most are making swooning, complimentary comments (Sorkin is “The Michael Jordan of screenwriting”! “And just like that, the medium has been changed forever…"), nearly as many are making jokes about how they should be making "walking and talking" jokes, some are asking questions, and a handful of savvy people are pursuing the strategy most likely to get a response from Sorkin himself: They are talking shit. Nice comments aren't going to get your Twitter handle a cameo on “Newsroom." And if Sorkin is going to engage anyone, it is going to be the haters.

Here’s just a handful of the best smack-talking going down so far:

"Oh my god, @aaronsorkin is on twitter. AARON SORKIN IS ON TWITTER. I don't know how to fit all my derogatory comments into a single tweet."

"Just in case it's real: THE NEWSROOM SUUUUUUUUUUHHHCKS..."

"Are you going to tweet in long, tedious monologues?"

"WE COULD SAY NASTY THINGS ABOUT HIM THOUGHTLESSLY, WITHOUT DRAMATIC PAUSES."

Now imagine what's going to get said after every episode of "The Newsroom." Welcome to Twitter, Mr. Sorkin. You've just made it more fun.