After Sandy, an aquarium shuts down indefinitely -- but not before its staff valiantly rescues its animals 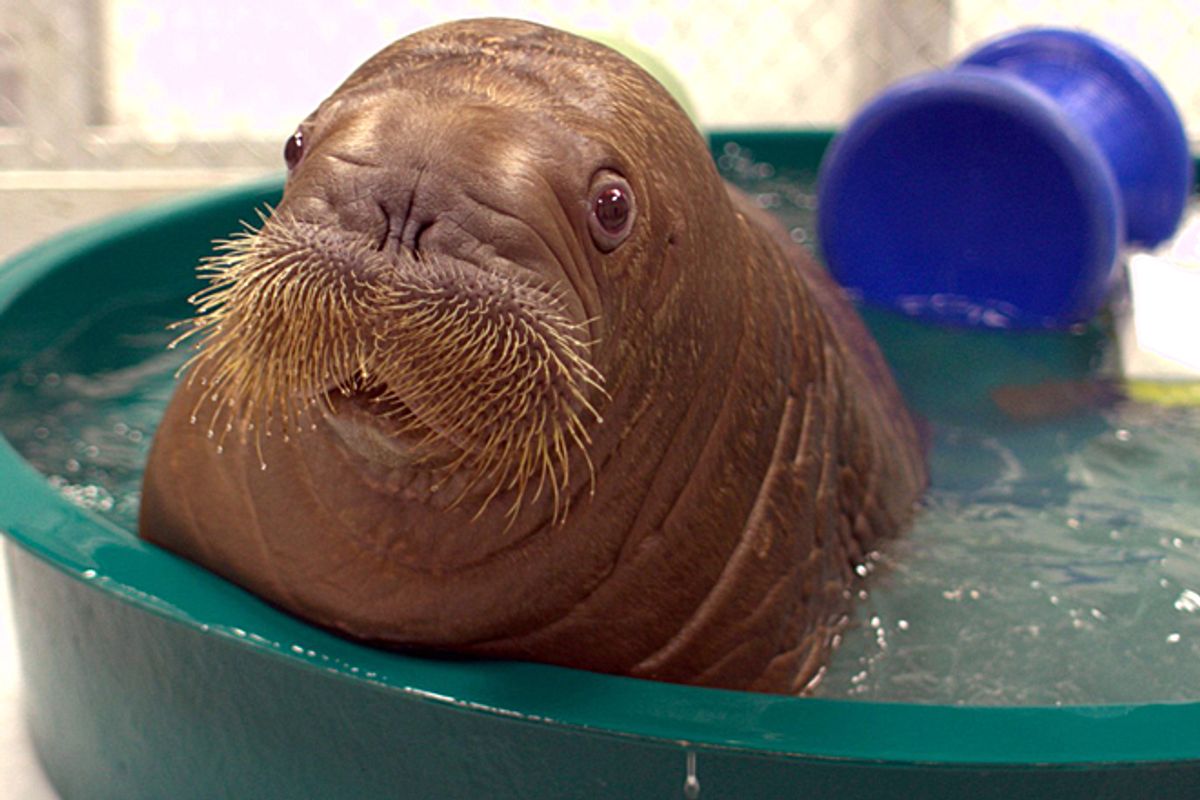 Among the casualities of Monday's Hurricane Sandy was the New York Aquarium. The Wildlife Conservation Society confirmed Thursday that the beloved seaside venue sustained "serious flood damage" and will be closed "indefinitely." The WCS went on to add that "Staff have established temporary life support for the aquatic systems, are pumping flood waters out of basements and mechanical areas, and are working to restore filtration and other life support essentials for the exhibit and holding tanks. We have a short window of time to get these systems re-established. If this cannot be accomplished in this critical period, we will temporarily relocate the collection to other AZA aquariums in the region."

The aquarium's severe damage is yet another painful setback for the city, and the decimated boardwalk region of Coney Island, which was pummeled by massive waves. But it's also yet another one of the stories only now emerging, days after Sandy, about the generosity and bravery displayed during the storm. The WCS announced Thursday that 18 aquarium staff workers stayed on duty all throughout the hurricane to protect the animals. You're free to start crying now.

Included among the animals who emerged safe was the aquarium's most recent new star, the 234-pound walrus calf named Mitik, who arrived at Coney Island just in October after being rescued off the coast of Alaska earlier this year. The aquarium's executive vice-president Jim Breheny issued a statement this week that, "As an orphaned calf, he was experiencing some health issues when he came to us as a rescue. We have been monitoring his condition carefully since his arrival and continued this around-the-clock care throughout the duration of the storm." The aquarium had been, until Sandy, one of the few  in the country to  house walruses.

In the throes of a storm and its subsequent flood, the average person wouldn't necessarily think first about how this would affect New York's aquatic citizenry. So it's an incredibly touching glimpse into the dedication and devotion of the folks at the Aquarium to learn that they stayed close to the animals during the storm, to protect their home as best as they could. Mitik didn't come all this way to be abandoned now. That's the best of human nature right there, reflected in an enormous pair of brown eyes.