No Doubt yanks too "Hot" video

Realizing they pushed it too far with their cowboys-and-Indians–themed video, the band preempts a controversy 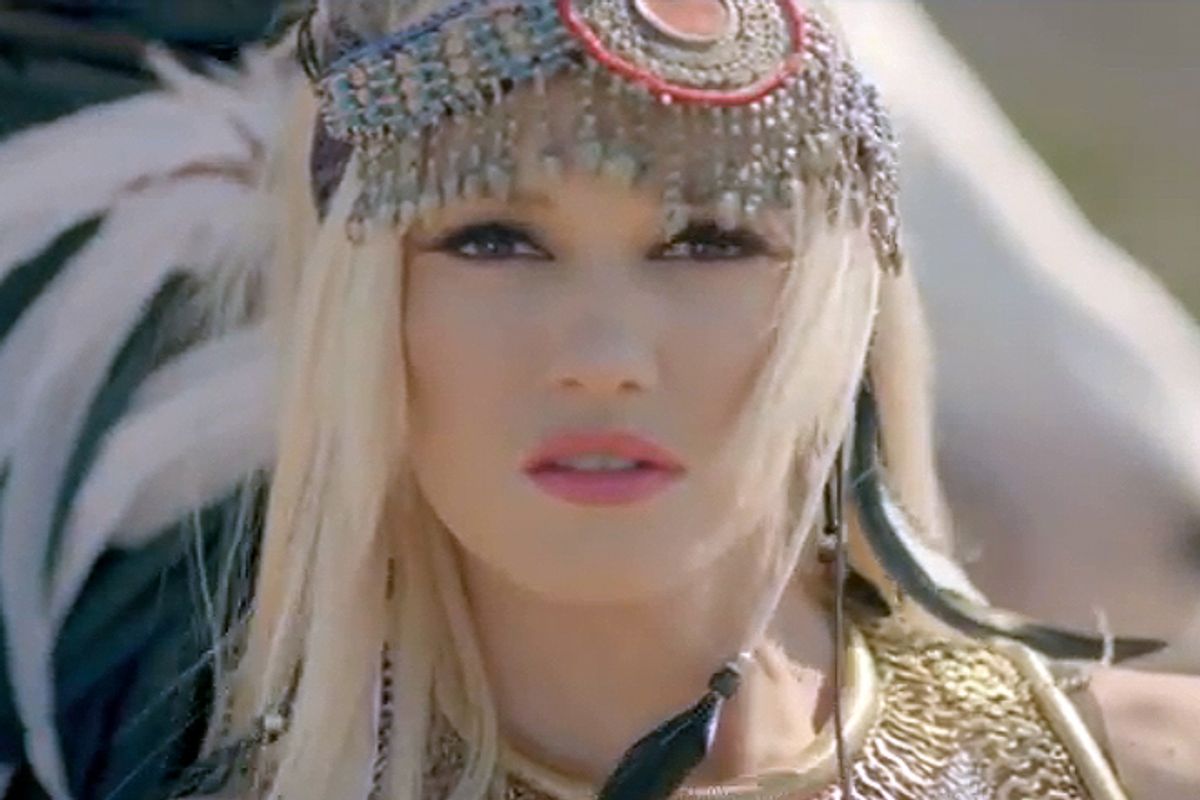 There's only so much cultural appropriation you can get away with in your career. Sure, Gwen Stefani has famously borrowed the Alpine tradition of yodeling and spent the better part of the last decade as a Japanese schoolgirl with a dash of Russian-Jewish "Fiddler on the Roof." But when her band No Doubt made an old-fashioned cowboys-and-Indians-themed video for their new song "Looking Hot," they finally went too far. The group hastily yanked the clip over the weekend.

In the video, which is still easily obtainable on the Web, Stefani plays a blond, alabaster-skinned Indian maiden in a rickety Old West town who can still writhe seductively when tied up and knows how to send hot pink smoke signals. There's also some dancing. And wolves. But not dancing with wolves. Eventually, her Indian chief Tony Kamal rescues Stefani from her wicked bandmates, and from the looks of things, a lot of money was spent in the storytelling.

Just one day after its release, though, and before any massive "Yo that's racist" backlash, "Looking Hot" was pulled. "As a multiracial band our foundation is built upon both diversity and consideration for other cultures. Our intention with our new video was never to offend, hurt or trivialize Native American people, their culture or their history," the band announced in a statement Saturday on their website. "Although we consulted with Native American friends and Native American studies experts at the University of California, we realize now that we have offended people."

It's a smart gesture to head off criticism by voluntarily offering up a huge MY BAD to your audience, even if it would have been wiser yet had anyone, at any point in the making of the video, looked around and said, "Guys, this feels weird." But if there are any silver linings to the mini debacle, it's in two things. First, it's educated the world to the fact that sometimes Native American studies experts at universities are consulted in the making of videos for songs that consist almost entirely of the words "Do you think I’m looking hot?" And, more important, it gives us an excuse to trot out '70s-era Cher, showing how to really rock a headdress.