The "Ben & Kate" co-star may play an overgrown man-child, but in real life, he's a hard-working, earnest filmmaker 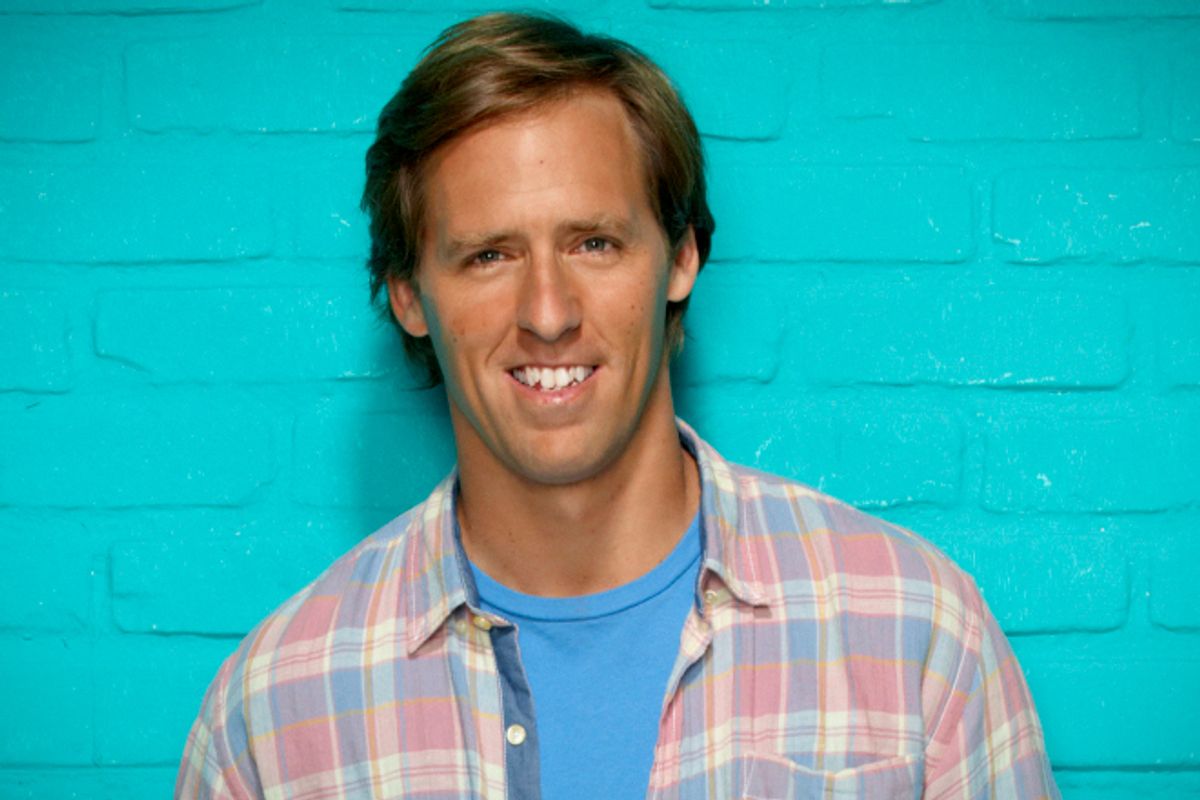 Nat Faxon co-stars in Fox's freshman comedy "Ben & Kate," a sitcom about two doting but different siblings. He plays the titular Ben, an overgrown man-child who can be distinguished from Judd Apatow's brand of overgrown man-children by his insatiable enthusiasm and huge heart. Ben's not a slacker, he's not a hater and he's not too cool. He's more like a human puppy dog -- full of good intentions and more liable to slobber on your face than to hold a steady job. Faxon, in contrast, has lots of jobs. Earlier this year, he and his writing partner Jim Rash (who plays Dean on "Community" and whom he met performing with L.A.'s famed improv organization The Groundlings) won an Oscar for writing the script of George Clooney's "The Descendants." This past summer, the pair co-directed "The Way, Way Back," a movie starring Steve Carell. Faxon, who on the phone is almost as earnest but not nearly as goofy as Ben, talked about Ben's job history, the show's sad side and winning an Oscar.

You play a serious goofball on “Ben & Kate.”

I absolutely love it. It’s really, really fun. I haven’t had opportunity to play one of the lead characters in a show before, and I welcome the amount of work it is and the commitment it takes. It’s like a full five days a week and 12- to 15-hour plus days. It’s exhausting, but I wouldn’t trade it for anything in the world. I get put in funny situations, and I’m always game to do whatever it takes. They also allow for a lot of improv, and that’s really refreshing and fun. I’m having an awesome time.

How does the improvising work?

Usually I’ll do a few passes as it is scripted, and I’ll usually talk with Dana Fox, the creator of the show, and the director and say, "What about this? What about that?" Or they come to me with a ton of alts, and we kind of brainstorm on what could be funny. A lot of times it just takes on a life of its own. I’ll say something, and back in some room where they’re watching on a monitor, they’ll say "Do that again, but do that part." Sometimes work can be very on script, and sometimes it needs to be. But sometimes improvising enhances the material. We did a scene where I go in the bathroom and start crying. And we did three intimate takes of just me ranting. They had written a very funny monologue, and then we did a bunch that were crazy and all over the place. And sometimes they don’t get used, but it’s nice as an actor to be able to explore that.

Give me a little backstory on Ben: How did Ben pay rent in Sacramento before living with Kate? What was his job? He has all of these schemes, but none seems to make any money.

I think he was probably doing exactly what he’s doing now, going from one thing to the next. I’m sure there was nothing that lasted for more than two weeks at a time. I think he is one of these people who is constantly being drawn to different things. He kind of doesn’t have the structure that normal people desire in their lives. He just is flying by the seat of his pants ... Whatever he enjoys and is spontaneously feeling at the time, he goes in that direction. In Sacramento he probably had about 60 jobs in 30 days. Like, Oh! This could be cool! Oh, I’m more like this! I think he is constantly looking for the next best thing.

What do you think about Ben’s romantic history? There have been two episodes about his high school girlfriend, but it’s hard for me to imagine him having had an adult relationship since.

At first I wasn’t totally sure about Ben’s romantic situation, but we had the good fortune of having Lindsay Sloane come on to guest star, and she played a kind of crazy ex-girlfriend of Ben’s. She is someone who is borderline infatuated with me, and crazily so. Obsessed. I think Ben — while knowing that she’s crazy and knowing that this is a really bad call to continue going back to this well — I think he likes the attention. I think he likes being held in such high regard by this girl and being desired. In terms of the reveal of the character and how that evolves week to week at the beginning of the show, that’s the perfect example of it. Ben probably doesn’t choose the best women always; he just chooses people that may make him feel good. I think he’s one of those types of people where what people think of him matters to him. He’s a very free spirit. He’s very charming and spontaneous, but I think it’s really important [to him] that people like him and people think of him in a positive light. I think it's probably a bit of a hindrance to him as well. Because I think he goes out of his way to be liked sometimes.

The show is very sweet, but there's a dark underpinning. It’s about two siblings traumatized in a lot of ways by their horrible parents.

I think it adds to both the comedy and the realism of the show. People have crappy childhoods. As the phrase goes, the line between comedy and tragedy is very thin, and it’s often very tragic moments and very sad moments that make the funniest moments. What Jim [Rash] and I try to do in our writing is the same: take experiences that were difficult and then turn them into moments you can laugh at.

Speaking of your writing, when “Ben & Kate” was getting started, you had just won an Oscar.

I ended up testing for the studio and the network for this show the Friday before the Oscars. I found out that I got the job the Monday or Tuesday after the Oscars, so it was kind of a crazy situation, to say the least.

In a nice way.

It was awesome. I remember trying to stay focused on Friday for the audition knowing that I had something heavy-duty coming up, trying to keep my shit together a little bit. And then after, obviously, I was like, “Oh my God, this is so fantastic.” But the neurotic side of me got scared that now I’ve had too many goods things, so something horrible is going to happen.

It seems like all actors in the world have that side of them. I’ve never talked to anyone who said, “It’s cool. I feel like things are really going well!”

I know. It’s the years of struggle that many of us have gone through, trying to make it in this business, trying to get recognized and show people what you can do. When you finally get the attention, you just hope that it continues, but in the back of your mind you’re worried about going back to the time when things weren’t going as great. There’s always that terrified person in the back of your head going, “Don’t take it for granted! Keep going, keep going!”