"Ben & Kate" is too sweet to be funny

It's a lovely show to tuck into, but is that what you want from something billed as a comedy? 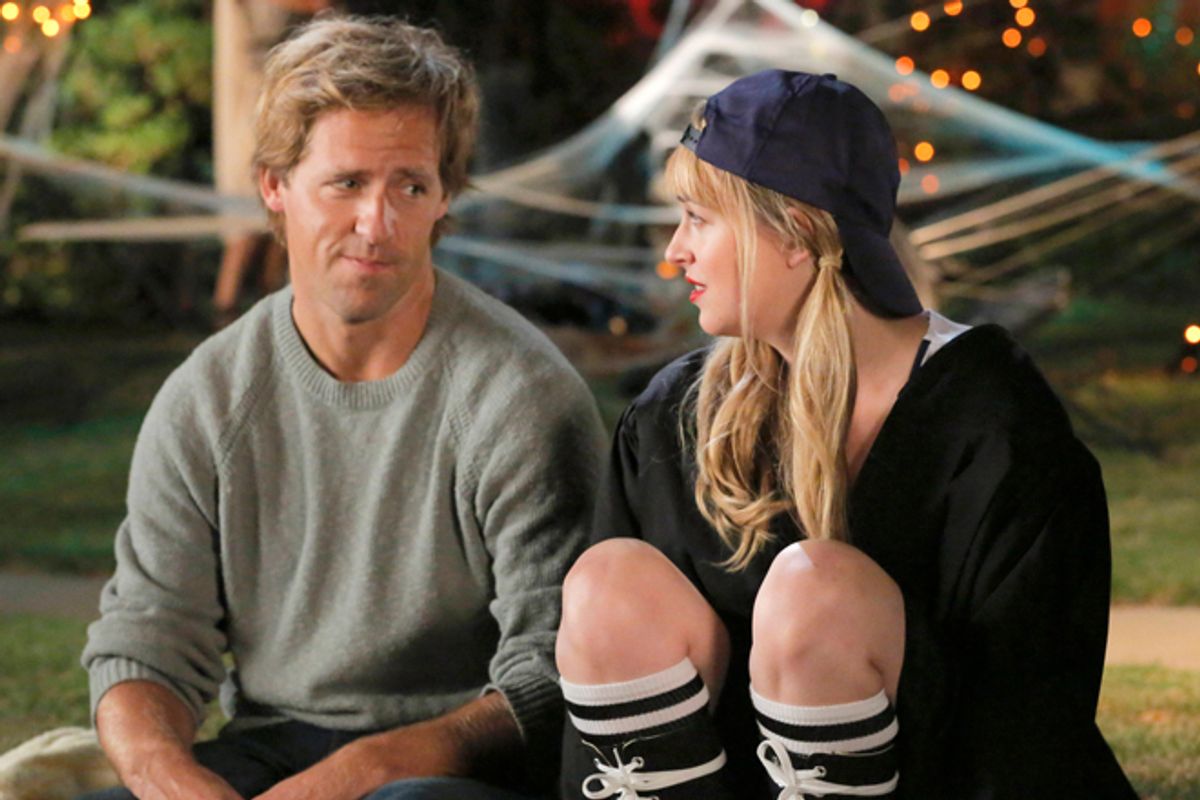 Nat Faxon and Dakota Johnson in "Ben and Kate"
--

One of the nice things about the TV shows not being canceled this fall is Fox’s “Ben & Kate.” The low-rated “Ben & Kate” airs on the network’s Tuesday night comedy bloc along with “New Girl,” “Raising Hope” and “The Mindy Project,” just one of the line-ups turning Tuesdays into a sort thunderdome for pop-culture comedies starring people born around the turn of the ‘80s. (See also, ABC’s “Happy Endings and “Don't Trust the B---- in Apt. 23” and NBC’s “The New Normal.”) It’s an immeasurably sweet show about an opposite, but perfectly paired brother and sister — they’re putting a new spin on the Jack Spratt nursery rhyme, something like “and so between the two of them, they raised one awesome kid.” “Ben & Kate” is a lovely show to spend time with, good company in that specific way television, functioning as a sort of friend-acquaintance, can sometimes be, but it’s about exactly as funny as a friend-acquaintance — which is not exactly high-level sitcom funny. “Ben & Kate” is more dramedy than comedy

“Dramedy” typically describes an hourlong drama series that has a light touch and humorous dialogue. Think “Ally McBeal” or the episodes of “Grey’s Anatomy” when the characters aren’t dying. There’s no laugh track, the show isn’t trying to jam a punch line into every minute, but the banter is often sharp and comedic, the story lines sometimes silly (frogs in the bathroom, a patient who blushes every time she thinks about sex etc). “Ben & Kate” exists in the same netherworld as dramedies: pleasant, warm, enjoyable, but not riotous. (It should probably be called a sit-rama or something, but why invent more portmanteaus when you have one that will do?) It looks like a sitcom and has more fidelity to punch lines than a drama, but the character-based comedy (for all of the characters except the tangy, excellent Lucy Punch) is meandering, not sharply drawn. I imagine that when it’s functioning at its very highest level — which it hasn’t quite reached yet — “Ben & Kate” will look something like the photographic negative of “Parenthood,” an emo series about familial love with an emphasis on laughter not tears.

The fount of  “Ben & Kate’s” comedy conundrum seems to come from its outsize heart, specifically with regard to Ben (Nat Faxon). Ben and Kate were raised by horrible parents they don’t speak to. Their childhood traumas have made the pair unusually close, while leaving them individually damaged. Ben’s energetic and affable and can’t hold on to a job or a girlfriend, constantly moving onto the next idea. (If “Ben & Kate” were a drama, we’d be dealing with an episode about Ben’s adult ADD.) He is always doing exactly what he shouldn’t do, with the best intentions, like trying to launch a door-to-door wine company in two days or cutting down the tree in front of his ex-girlfriend’s house. In tonight’s episode, he tells Kate’s date to be nice to her, and then mentions that she hasn’t had sex in nearly five years.

Ben’s foibles are mostly presented as cute, sweet, him trying his best, and not as insane and infuriating. When Kate loses her patience with Ben, it’s short-lived: she adores her big brother. So does the show. Ben & Kate” is a little too kind too Ben. Everything he says is supposed to be funny, his free-spirted-ness is always supposed to be charming, his missteps always harmless. The affection for him feels familial, probably because it is: He’s based on the creator’s own brother. But there are better ways to make the audience love a character than to go easy on him. On “New Girl,” for example, Schmidt is lovable precisely because he so over-the-top irritating that his idiosyncrasies flip over into hilarity. Even “Parks and Recreation,” a show about myriad nice people, pokes good fun at its characters’ flaws, from Tom’s shallowness to Ron’s meat-eating. Comedy thrives on people doing stupid things — even smart, great, nice people — and Ben does stupid things all the time, but "Ben and Kate" rarely calls him out in a meaningful way. It's pleasant to be around such a conflict-free show — but it's not that funny.