After the Fox News chief threatened the governor on Twitter, the two men quickly talked, and Christie got on board 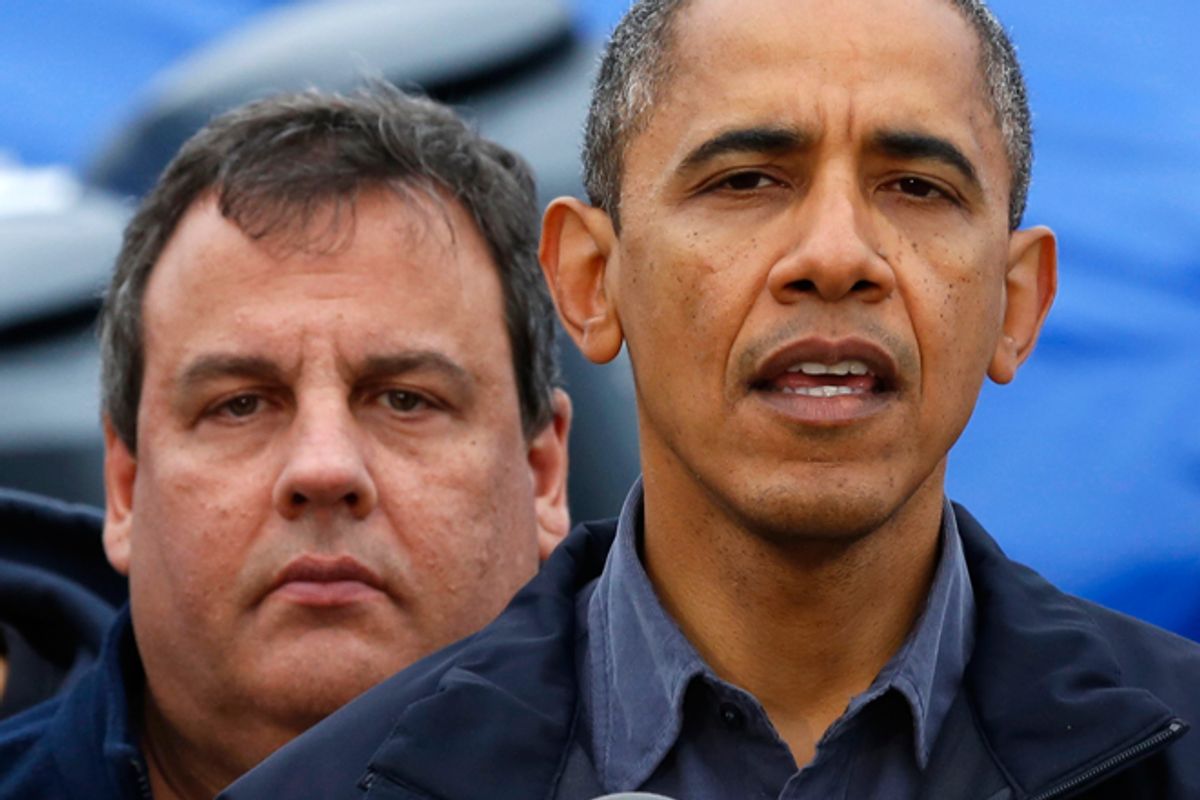 Rupert Murdoch's warning tweet -- telling Chris Christie in the midst of Hurricane Sandy cleanup that the New Jersey governor needed to re-endorse Mitt Romney or be blamed for Obama's re-election -- got the governor's attention.

The New York Times reports this morning that soon after the Fox News chief's tweet, Christie called Murdoch to tell him New Jersey needed the federal government's help. Murdoch, however, did not back down. The Times says he told Christie he "risked looking like a spoiler" unless he publicly backed Romney again.

The message got through -- after several days of embracing and praising Obama, Christie made a point of saying the next day that he was still backing Mitt.

But Republican donors and Romney aides still blame Christie, in part, for a large number of undecideds breaking toward Obama in the days before the election.

"Christie," a Romney adviser fumed to the Times, "allowed Obama to be president, not a politician."

The Times piece suggests Christie tried to use the Republican Governors Association's annual meeting to repair his image with the party's leaders and kingmakers -- but that he received a somewhat chilly reception.

"There are some people that think maybe he could have handled it -- been a little less gushing," said Iowa Gov. Terry Branstad, who leads the state, of course, with the nation's first GOP caucus in 2016.