The man behind the puppet leaves under a cloud of new accusations, but the puppet's spirit will endure 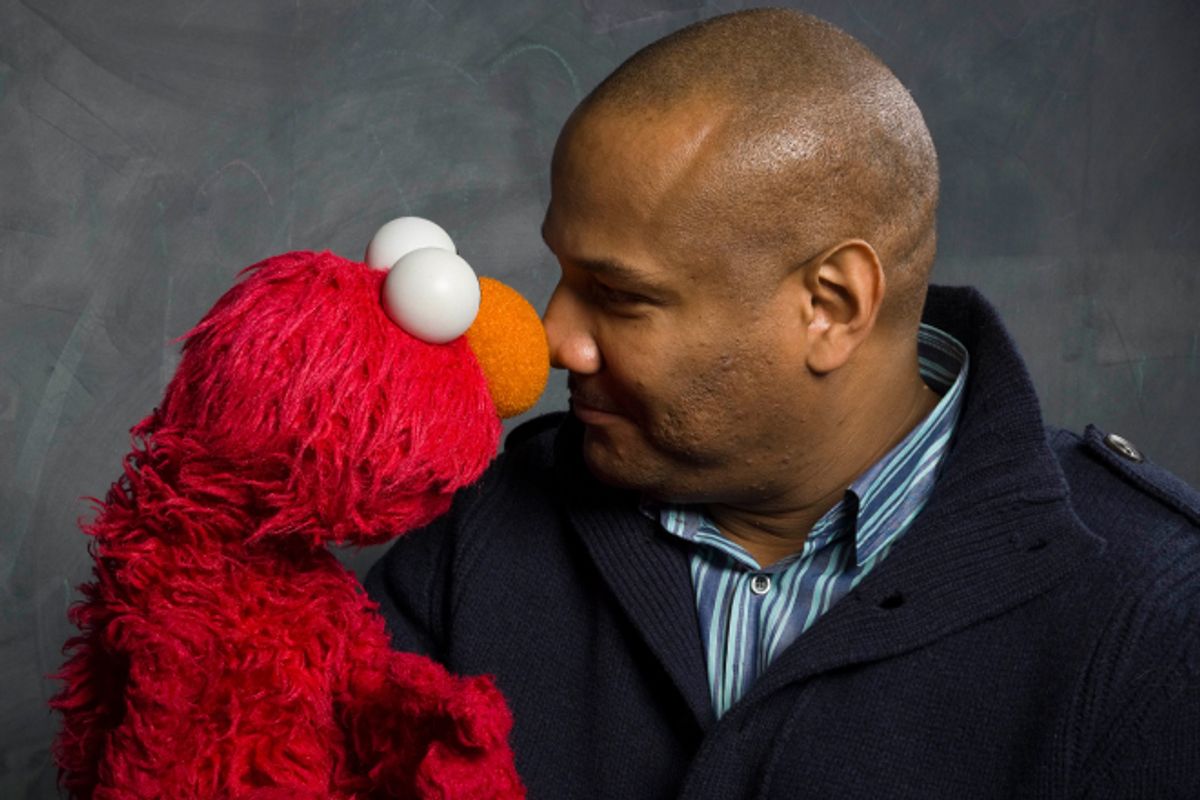 Elmo and Kevin Clash (AP/Victoria Will)
--

It's the most ignoble career flameout any "Sesame Street" star has ever had. In fact, amazingly, it's pretty much the only flameout in the beloved PBS series' four-decade history. On Tuesday, Kevin Clash, the voice and puppeteer of the furry red superstar known as Elmo, left the show.

Sesame Workshop’s mission is to harness the educational power of media to help all children the world over reach their highest potential. Kevin Clash has helped us achieve that mission for 28 years, and none of us, especially Kevin, want anything to divert our attention from our focus on serving as a leading educational organization. Unfortunately, the controversy surrounding Kevin’s personal life has become a distraction that none of us want, and he has concluded that he can no longer be effective in his job and has resigned from Sesame Street. This is a sad day for Sesame Street.

That controversy began earlier this month, when news broke that back in June, 23-year-old Sheldon Stephens had contacted Sesame Workshop. He said that several years ago he'd had a sexual relationship with Clash, beginning when he was only 16 years old. The 52-year-old Clash, who was previously married and has a grown daughter, quickly owned up to a relationship with the accuser -- but denied it had happened when Stephens was underage. "It was between two consenting adults," he told TMZ, "and I am deeply saddened that he is trying to make it into something it was not."

Clash also took a leave of absence from the show. At the time, "Sesame Street" decorously responded to the scandal by saying, "Elmo is bigger than any one person." And soon after, Stephens, through his lawyers, recanted his accusations and said, "He wants it to be known that his sexual relationship with Mr. Clash was an adult consensual relationship."

Had the story ended there, perhaps Clash would have been able to quietly resume his role as the show's love-or-hate featured player, although it's highly doubtful. His career in children's television was likely over as soon Clash's status as a gay man became widely known, simply on the basis of his orientation alone.

But things then took another strange turn. On Monday, Stephens retracted his retraction, telling TMZ that he was pressured into taking a $125,000 settlement that he now wants to withdraw. Even more damningly, a new lawsuit from a different accuser has emerged. Cecil Singleton is seeking $5 million in damages -- and says his relationship with Clash began when he was only 15. Clash has now issued the terse statement that "personal matters have diverted attention away from the important work Sesame Street is doing and I cannot allow it to go on any longer. I am deeply sorry to be leaving and am looking forward to resolving these personal matters privately."

There's a tacit -- often highly unrealistic -- assumption among viewers of a certain degree of purity and wholesomeness around people who come into their children's homes every day. Mister Rogers, the family man ideal, embodied it. Yet as we have seen – most recently from the horrendous, still growing sex abuse scandal around British television presenter Jimmy Savile – the man and the image can't always be neatly reconciled.

In his nearly three decades as Elmo, Clash has won 28 daytime and one prime-time Emmy for his work, as well as numerous accolades and a few insane retail frenzies. It's a role that has consumed him; it's the only thing that the kid who spent his youth making puppets and idolizing Jim Henson ever really wanted to have. Yet it's also a role that another puppeteer will easily slip into, most likely with precious few of Elmo's preschool fans even noticing. Even now, Elmo is gearing up for his Thanksgiving Day gig, where a Macy's representative says he "will absolutely join us in the Parade... under an alternate puppeteer." Clash, meanwhile, now faces new accusations and allegations about the nature of his conduct with teenagers, and a career that is decisively over.

No one in his or her right mind ever expected Kevin Clash to be a plush, cuddly toy in human form. But those who grew up with or raised their kids with the character he embodied certainly didn't expect this either. Watching his story fall apart in such an ugly way now, it seems remarkable that just a year ago, he was the hero of "Being Elmo," a critically acclaimed documentary about his life. And today, the words of an admiring colleague within it seem especially hollow. "When a puppet is good and true and meaningful," he'd said, "it's the soul of the puppeteer you're seeing." But it's not. It never was. It's just a very clever performance.