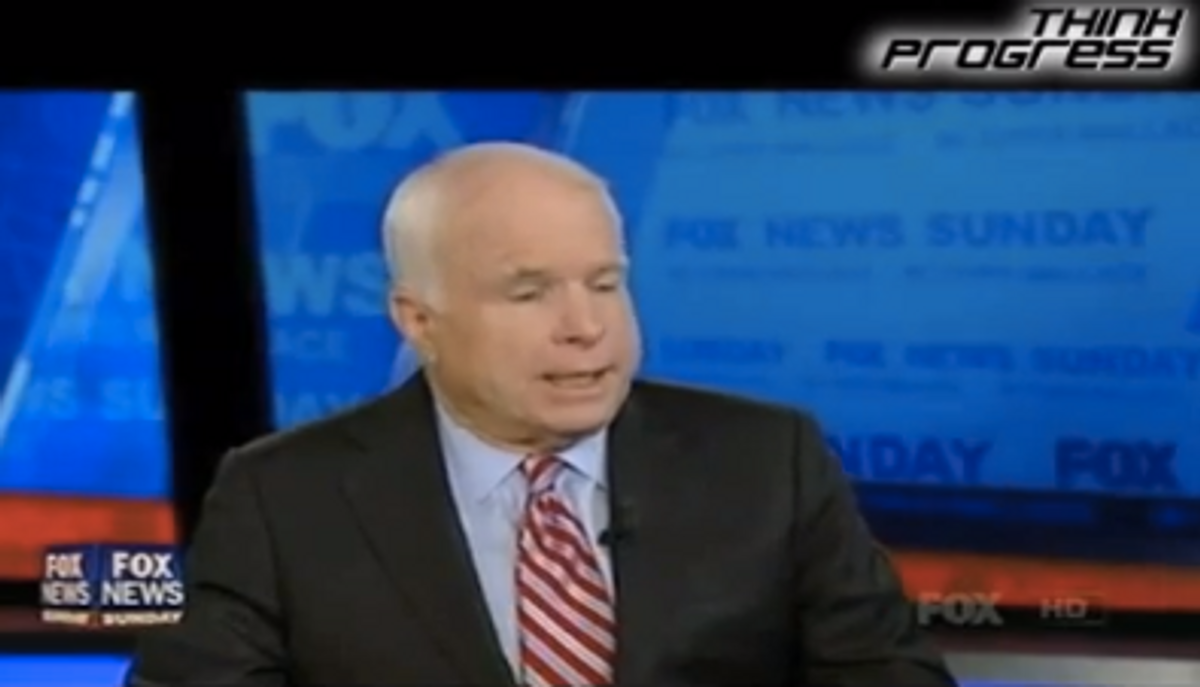 On the Sunday morning shows today, the phrase "Republican moderate" no longer seemed like a complete oxymoron.

Sen. John McCain, R-Ariz., told Chris Wallace of Fox News Sunday that the GOP has to push for immigration reform and offer the middle class a more positive message. He also distanced himself from the social conservative wing of the party, saying that someone like him has no business imposing his pro-life views on female voters:

Over on ABC's This Week, McCain's buddy Sen. Lindsey Graham, R.-S.C.,  said that as the so-called fiscal cliff approaches, he is backing away from conservative activist Grover Norquist’s steadfast opposition to raising government revenues. Couching his position in concern about crippling the military, Graham explained:

I'm willing to generate revenue. It's fair to ask my party to put revenue on the table. We're below historic averages. I will not raise tax rates to do it. I will cap deductions. If you cap deductions around the $30,000, $40,000 range, you can raise $1 trillion in revenue, and the people who lose their deductions are the upper-income Americans.

So I agree with Grover, we shouldn't raise rates, but I think Grover is wrong when it comes to we can't cap deductions and buy down debt.

Graham continued to ride the Republican hobby horse of  blaming U.N. Ambassador and potential secretary of state candidate Susan Rice for something related to the September 11 attack in Benghazi, Libya which killed four Americans. Rice has come under fire from Republicans for characterizing the attacks as a response to an Islamophobic video rather then a terrorist attack in televised interviews. In a comment that is difficult to parse for those of us who aren't GOP messaging professionals, Graham said:

Here's what I want to know. Have the intelligence community, not the deputies, the people on the ground, put in one pile all the evidence of a pre-planned, coordinated terrorist attack with Al Qaida militia in one pot and put in the other pot the evidence that this was a spontaneous mob created by a hateful video.

I've seen no evidence -- what did the FBI get from the survivors? They said there was never a mob to begin with. There were mobs in the -- riots in the Mideast, but none of them have mortars, none of them lasted for seven hours. And why for seven hours could we not help these poor people? Where was the Department of Defense?

Graham did not, however, explicitly rule out voting for Rice for secretary of state, instead stating that, “There will be a lot of questions asked of her about this event and others.”

Senator Dick Durbin, D-Ill., responded by chastising Graham, “For goodness' sake, she got the report from the intelligence community. She dutifully reported it to the public, just exactly what we expect her to do.”